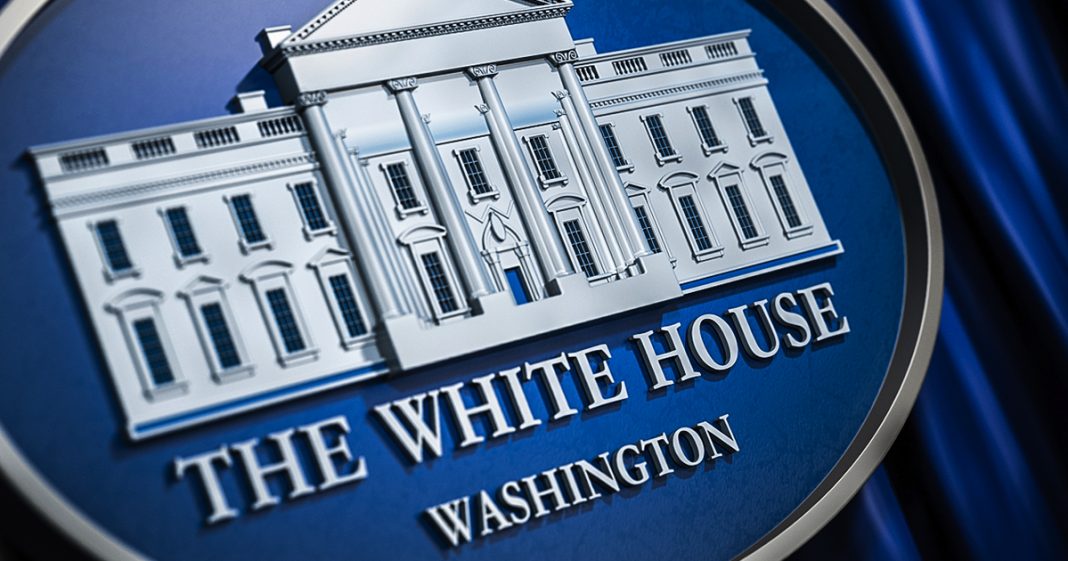 In a bizarre twist, The White House is telling Senate Republicans that they HAVE to have a full Senate trial if impeachment makes it to them. In meetings with Kellyanne Conway and Jared Kushner, Republicans were told that this is the only way they can move forward, and the Republican lawmakers appeared to agree. So why does the White House want an actual trial? They don’t, and Ring of Fire’s Farron Cousins explains what’s actually happening.

*This transcript was generated by a third-party transcription software company, so please excuse any typos.
Well, an interesting development has happened with the entire impeachment hearings that have been going on. And that is that according to a report in Axios, the white house actually wants the Senate to conduct a real actual trial and not block the trial from happening if the house votes to impeach Donald Trump. And that’s basically as shady as you expect it to be. Here is what Axios reported on this. A group of Republicans met privately with Jared Cushner, Kellyanne Conway and white house counsel, Pat Cipollini on Thursday, yesterday, uh, to outline a strategy for possible impeachment trial. The white house wants the Senate to hold a trial that does not overtly dismiss the articles of impeachment. Uh, two meeting attendees told Politico, senators, Mike Lee, Lindsey Graham, John Kennedy, Ted Cruz, Tom Cotton, and Ron Johnson were in attendance acting chief of staff. Mick Mulvaney was also present. So basically you take the gaggle of the worst Republican senators you get, you let them meet with the dumbest people living in the white house. Or working in the white house. I guess Kellyanne Conway and Jared Cushner and their grand scheme, their brilliant plan is actually not that bad because they’re actually right about this. They understand that if those Senate Republicans actually go in and say, Nope, we’re not even going to hold the trial on this. We think the whole thing is a farce. We’re not going to do it. Boom. Suddenly they lose everything. They lose 2020 Republicans lose 2020 that is a massive political loser. No matter where you stand on impeachment. Now, I’m sure there would be some Republicans in this country who would think good, that was stupid, but everybody who’s not a die hard Maga hat wearing Trump fan is going to look at that with suspicion if they block a trial from happening. So again, the two dumbest people in the Trump administration actually made a good decision on this one. But here’s the thing. The trial’s still going to be a farce. It’s not going to be a totally legit. Everything is out there and open and fair and honest and maybe some Republicans will flip. None of that’s going to happen at that point. This is a dog and pony show. Everything will be well-rehearsed. The Republicans in the Senate will be working with the members of the Trump administration. It is going to be a well choreographed dance routine, and in the end, not a single Republican is going to vote to convict and remove this guy from office.