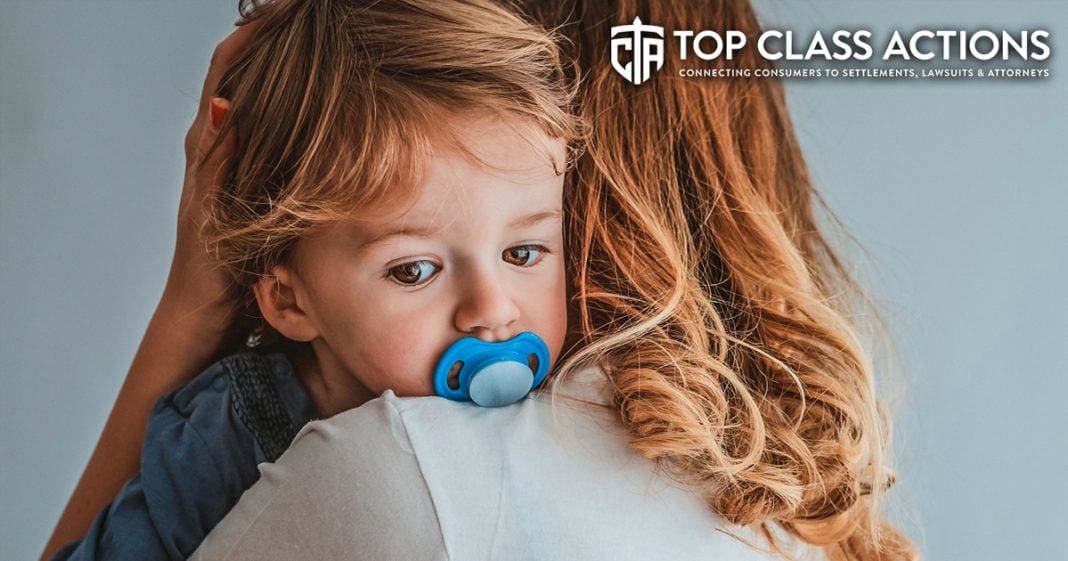 Two parents have filed a class action lawsuit against Newell Brands Inc. and NUK USA LLC, saying that the companies’ “orthodontic” pacifiers are harmful to toddlers, contrary to their advertisements. The NUK pacifier class action states that the two customers purchased the pacifiers specifically because of the advertisement claiming that the product was appropriate for toddlers. The plaintiffs say that they and many other customers were financially injured by the companies’ misrepresentations because had they known that the pacifiers did not work as advertised and could do damage to children’s oral development, they would not have purchased them. Ring of Fire’s Farron Cousins discusses this with Scott Hardy, President of Top Class Actions.

Farron Cousins:                  One of the hardest parts about raising children is when they finally get to that age where you decide, you know what, it’s time for the pacifier to disappear forever. There’s fights, there’s struggles, there’s all kinds of things. But we end up taking the pacifiers away. One, because we know science has told us that it can mess with the development of the children, their mouth, their teeth, their jaw, all of it. So we do not want them to use it any longer than they have to, but pacifier companies have wised up to this and so they have now released all these pacifiers that are supposed to actually help with the orthodontic issues.

You know, they say that these are, these are okay for your kid to use up to an older age. Well, according to a new class action lawsuit, these claims are absolutely false and the pacifier’s marketed as safe for orthodontic use over the age of 24 months, are anything but. Joining me now to talk about this is Scott Hardy with Top Class Actions and Scott, we’ve got Newell who makes pacifiers, we’ve got NUK that makes these orthodontic pacifiers. So what are, what are the plaintiffs saying in this particular lawsuit?

Scott Hardy:                          They’re, they’re alleging exactly what you’re talking about is that you have parents that are buying these pacifiers for kids over the age of two. And because parents are thinking that, hey, my kid they, they still love the pacifier, they want their binky, I can go ahead and keep giving it to them because this is an orthodontic pacifier. This is not bad for their teeth. It could be good for their jaw development. But unfortunately a lot of science, as you mentioned, does not agree with them. A lot of the science says that this can lead to jaw development problems, teeth development problems.

You know, if you wanted a surefire way or to guarantee your kids braces, give them their pacifier after the age of two. That’s what my orthodontist and my dentist told me when we had our kids. So by the time they were two we had to go ahead and wean them off the binky though it was very painful for them and us as parents. But unfortunately you’ve got this company that according to this class action is pushing this and actually may be harming children.

Farron Cousins:                  Well, you know, you just brought up a good point there. It, it is a stressful time and I don’t think people who don’t have kids understand like how hard it is to get the pacifier away from the kid. It’s hard on the parents. It’s hard on the kids. This is, you know, typically a very long, you know, weeks long process to break this habit. And so for a lot of parents whose kids are, you know, just absolutely got to have it, the option of being able to do it past the age of two is attractive to them. They can put off that fight and maybe have it when the kid’s a little bit older and understands what you’re doing and why you’re doing it. A two year old, they don’t know. They just say, I like this thing but mommy and daddy took it away from me.

They’re horrible people. If you can do it a little later, you can explain it better. I’m sure you’re still gonna deal with meltdowns, but the kid’s not going to be like, wow, you guys, wow, what a horrible thing to do to me. I’m, I’m just two. But they’re making claims with the, these companies, Newell and NUK, they’re making claims that they absolutely cannot back up and they could have caused quite a bit of damage for some of these kids whose parents said, oh great, this one claims to be safe. You’re okay to do this past the age of two. I mean, this could result in lots of money that these families have to spend later on down the road when they have to do braces and things like that for their children.

Scott Hardy:                          Yeah. It’s braces and headgear to realign the jaw. You had NUK that was allegedly made state, statements made by the company that said, NUK’s asymmetrical nipple naturally fits baby’s palate and is now improved to allow more room for a natural sucking motion, reduce pressure on teeth and jaw and helps prevent teeth misalignment. You know, and then they actually say that it promotes the natural development of the jaw and teeth. So, unfortunately the class action is disagreeing with those statements and saying that decades of research studies have shown that prolonged habits with a pacifier are related to problems with the bite, jaw alignment, teeth position, musculature and other issues. And, you know, even though we want our kids to be able to self-sooth, unfortunately it appears according to this class action that the NUK orthodontic pacifiers are not a good option, especially if that child is over two.

Farron Cousins:                  And parents need to understand if, if you’re having issues with your kid, if you don’t know whether you should take them off or get one of these pacifiers, the best thing to do, talk to your pediatrician, talk to an orthodontist if you can, and find out if any of these claims are verifiable, because right now it seems like they are not. And those are typically also the people who have the best ideas and advice to help you get through the pacifier years. For more information on this issue, please follow the link in the description of this video, head over to Top Class Actions and make sure you sign up for their weekly newsletter. Scott Hardy with Top Class Actions, thank you very much for talking with us today.