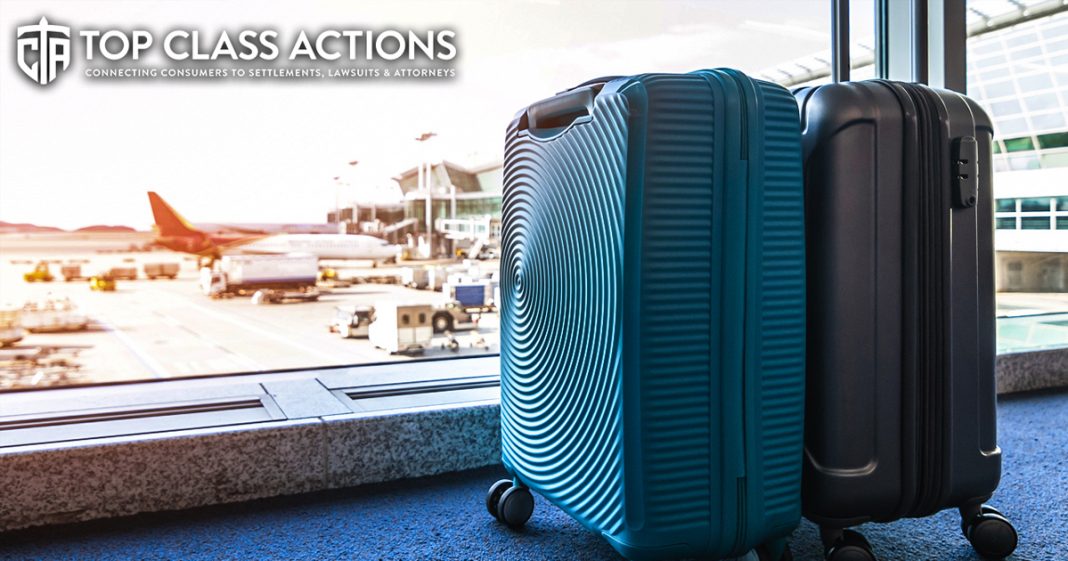 Farron Cousins:                  Anyone who’s ever purchased a plane ticket has seen, typically if you do it online right at the end the little box pops up. Do you want flight insurance? And if you say no, they’re gonna ask you are you sure? Because airlines seem really, really intent on making doubly sure that you do not want this service that they’re offering. And according to two new class action lawsuits against two different airlines, there may be a good reason why airlines are so desperate to sell you this product. And I have Scott Hardy from Top Class Actions with me to explain what’s happening and Scott, of course I am talking about JetBlue and Alaska Airlines. They really want people to buy this travel insurance and according to these class actions we now know why don’t we?

Farron Cousins:                  See, I’m, I’m kind of the opposite on that. I didn’t even know that this insurance, which personally I, I’ve never purchased, there’s been times I’ve been close, but I haven’t, I didn’t know that it wasn’t actually sold directly by the insurance. I thought it was just kind of, you know, something you, you did with them through them. But it is this different company, Allianz, as you point out, happens to appear in a lot of them. But there are other companies as well. So we’re having an airline company that is selling you insurance through a third party actual insurance company. You purchase that, according to the class action. The company takes that money, they then give part of it back to the airline for being such a good little customer and selling this insurance rather aggressively as we’ve discussed. So that’s the kickback, that’s what’s happening here.

But then as you said, there’s the other facet. You know, are the insurance companies even legally allowed to sell insurance? They’re not brokers, they’re airlines, right? We don’t have companies that say, hey, do you want a flight? I can also insure your house. No, that’s not how it works. And yet they’re still trying to offer you a form of insurance through an actual insurance company. So this one’s going to be very interesting. And I, I like that you said, we’re going to probably see a lot of other airlines roped into these class actions because they all offer this travel insurance. And if it is determined that it is illegal for them to even be insurance brokers, then yeah, that’s going to affect every single one of them, isn’t it?

Scott Hardy:                          It is, and it’s interesting because some of the allegations within the class action also state that this insurance they’re offering isn’t even the best insurance you can get. So that’s something that I think needs to be considered, that if you do need to buy insurance for your trip, there are other options out there. The insurance through Allianz may not be the best bet and you want to do your research rather than just saying, yeah, I could use this, automatically clicking on yes. Do some research. You could very likely insure this on your own for less money and may even be able to get better coverage through a different third party insurance company.

Farron Cousins:                  Right, and that’s an important distinction to make here. This lawsuit, these lawsuits are not saying that travel insurance is stupid or that you shouldn’t buy it or that it’s a rip off. That’s not at all what this is. There’s plenty of times when I really wish I would have gotten that travel insurance because I needed it. I had to change my flight or ,you know, decided, no, I’m not going to go to this destination. Now we’re actually moving over here. It happens all the time for those of us who travel a lot for work. But it’s the kickbacks, it’s the brokerage and it’s the fact that they’re offering you a single option instead of saying, hey, if you want travel insurance, go over here to this separate website that is not affiliated with us. That’s what they should say and here’s all of your options. Instead, they partner with this group. The group profits, they give a kickback to the airline. I think this one’s going to be a lot bigger than it currently is because I think obviously a lot of people have been duped and I’m willing to bet that nearly every single airline is doing this exact same thing.

Scott Hardy:                          Exactly, this is a widespread practice increasing the profits of the airlines, and we’re going to see, you know, if this one plays out, we’ll see a large settlement for every airline out there is my guess.

Farron Cousins:                  Absolutely. For more information about these issues, please follow the links in the description of this video. Head on over to Top Class Actions and make sure you sign up for their weekly newsletter. It is the best tool available to stay on top of these stories and so many more. Scott Hardy, Top Class Actions, always a pleasure talking to you.