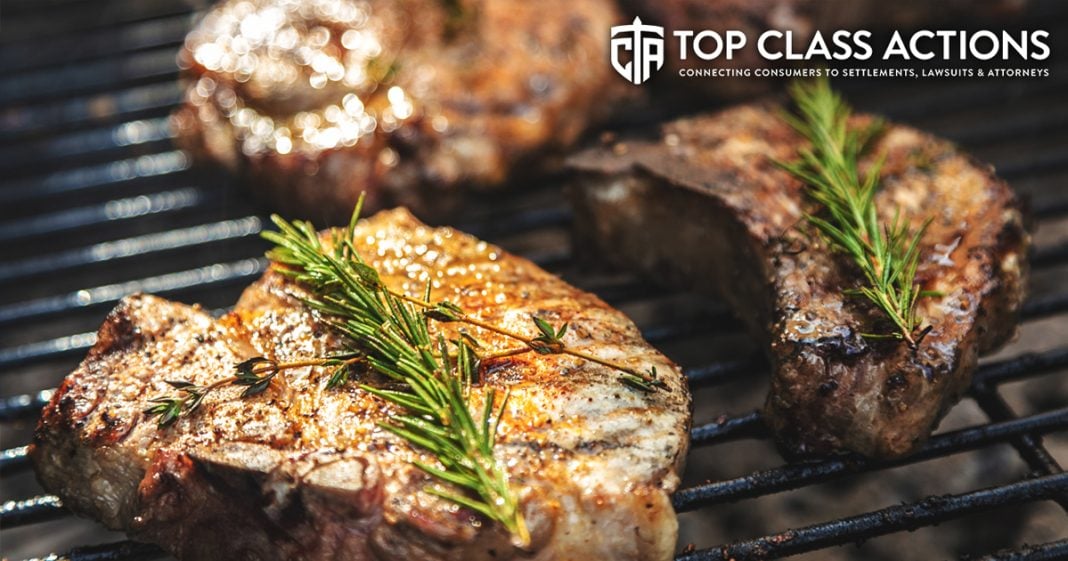 A class action lawsuit says Tyson’s “Prime Pork” is not really “prime,” because there is no such grading for pork. According to the Tyson class action, the USDA does not provide grades for pork in a fashion similar to beef. The customers claim that Tyson is trying to mislead customers about the quality of the pork by invoking the “prime label,” which is used to describe a high quality beef. Ring of Fire’s Farron Cousins discusses this with Scott Hardy, President of Top Class Actions.

Farron Cousins:                  When you’re at your local supermarket or grocery store and you’re looking through the meat cabinet, you typically see meat labeled USDA choice, USDA prime, grade A and all those other things. But those grades, those ratings are actually only reserved for beef. So if you happen to see any other meats claiming to have those ratings from the USDA, it’s actually not true. And if they make those claims, they could find themselves in a lot of trouble, which is exactly what’s happening with Tyson foods right now. And I’ve got Scott Hardy from Top Class Actions with me to explain what’s happening. And Scott, yeah, you know, we, we do grade beef. There’s different levels, there’s different categories, different, you know, qualities. Not so much with pork and yet Tyson allegedly has been trying to convince people that they’ve got some kind of superior grade pork offered in the grocery stores. Tell us about this.

Scott Hardy:                          You know, it’s, it’s funny you and I just talked about this off air and I think that I bought this pork when I was grilling gonna be grilling some pork chops. I’m at the grocery store. I saw the Tyson pork chops and I went man, prime pork. I didn’t know that was a thing. Well obviously we deserve the best. So let’s go ahead and get that prime pork chop, spend the extra money. So it’s a marketing gimmick that worked on me and ,you know, it, it obviously worked on thousands and thousands of other Americans who thought that that was the thing. Unfortunately, no, it looks like it’s just something that Tyson made up to sell or pork and now they got caught. So we’ll see what Tyson does. I can tell you that the pork chops that I grilled were quite tasty. But should I have paid extra for, for prime pork? It doesn’t appear so.

Farron Cousins:                  And they’re, they’re labeling this as the chairman’s reserve prime pork. And when you throw that word prime in there, that’s when you run into problems because prime is a, a grade for beef. And people understand that. People know that, they see it on there all the time, you know, at the, at the meat counter at the supermarket. But when you go and you move a few steps down and you say, oh, well this pork is prime. Well, I like my prime steak, obviously the prime pork is going to be better than pork that is not labeled as such. So yeah, you’re gonna run into a lot of people who say, well obviously this is clearly better because it has this, this grade, this rating, this word on it that we associate mentally with a higher cut of meat.

Scott Hardy:                          Exactly. It’s just going to be automatic. If you’re sitting there looking at a prime pork chop and a regular pork chop, you’re gonna sit there and go, man, maybe I’ll spend the extra two or three bucks to get this prime pork chop because it is, prime beef is better. So it makes sense that that Tyson would use this marketing angle, but, you know, unfortunately there is no prime pork at this time. Pork is pork is pork and make sure you get good pork, but don’t pay extra for prime pork and if you did, hopefully you’ll be able to get some cash back from this class action.

Farron Cousins:                  And to me, this seems like, obviously this was intentional by Tyson throwing that word prime in there because of the association with that word. And they could have avoided all this if they just said, hey, this is chairman’s reserve pork instead of chairman’s reserve prime pork. But, as soon as you throw that extra word in there, that prime, that’s where the problems come from. If they want to create these fancy titles for it, chairman’s reserve, have at it, you could do that all day long. That’s just obvious marketing. But they were trying to convince consumers that no, this is somehow better than that other generic, you know, store packaged pork right next to us, when in reality, probably not that much difference whatsoever. Certainly not in the grading of the meat because as we’ve said, that doesn’t even exist for pork products in the US.

Farron Cousins:                  Exactly. For more information about this issue, please follow the link in the description of this video. Head on over to Top Class Actions and make sure you sign up for their weekly newsletter. Scott Hardy, Top Class Actions, thank you very much for talking with us today.