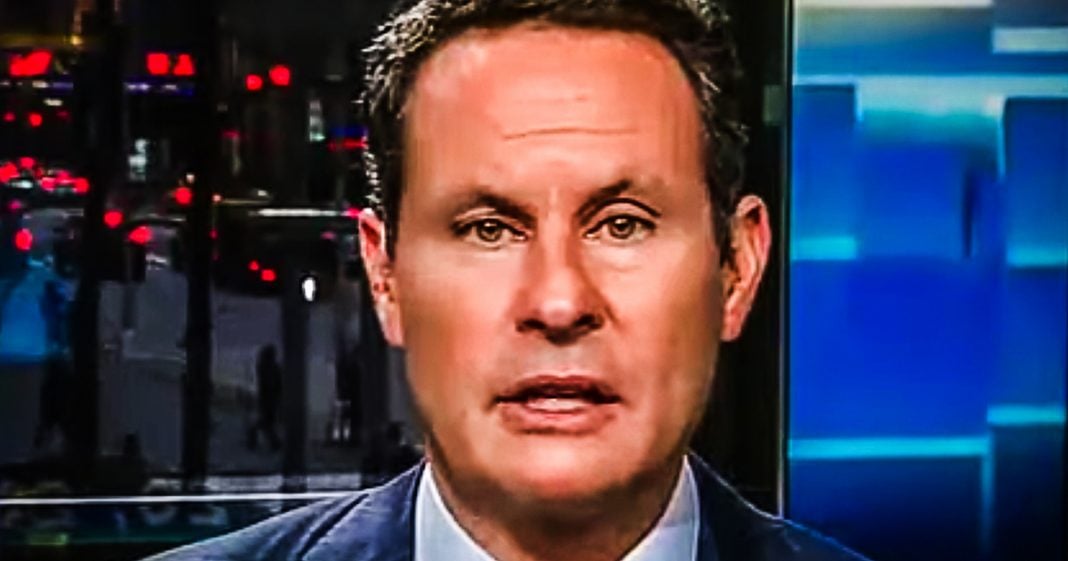 The hosts at Fox & Friends weren’t happy with the perceived witness intimidation from Donald Trump last Friday, and yesterday they begged the President to put the phone down and not send any tweets during the testimonies on Tuesday. The President didn’t listen, but he also didn’t commit any potential crimes, so they will probably count that as a win. Ring of Fire’s Farron Cousins explains why Fox hosts are so scared right now.

*This transcript was generated by a third-party transcription software company, so please excuse any typos.
So last Friday during Maria Evanovich, his testimony before Congress, Donald Trump tweeted out an attack on Miss Evanovich basically was seen by everyone as an attempt to intimidate her, and it was so bad in fact, that Schiff had to read the tweet to her while she was testifying. So yesterday ahead of the testimony from Volcker and Morrison, Fox news host, Brian Kilmeade issued a warning to the president of the United States, and here is what he had to say yesterday morning. The president should just ignore this whole thing. Don’t tweet during it. Don’t get outraged over it. It ticks you off. There’s so much for him to do. Let these guys like Doug Collins and company fight it out and keep it on the straight and narrow from the Republican perspective. Don’t tweet Brian, kill me to Fox and friends says, and it really wasn’t because he thought the Republicans had things under control and the house of representatives, it’s because he didn’t want Donald Trump to get in more trouble. He didn’t want Trump to tweet out anything that could give the appearance of witness intimidation or witness tampering. Trump didn’t listen. And honestly, this might be the only time I ever have to say this in my life, but he should have listened to Brian Kilmeade. Trump tweeted out, he attacked Sonland, not Sonland, excuse me, a Volker Lieutenant Colonel Volker for wearing his uniform. Like he was mad that he wore that even though he is supposed to do that. So yeah, the president still basically made a jackass of himself with all of these tweets yesterday and again, if only he had listened to his good buddy Brian Kilmeade, but he didn’t. And excuse me, it was Veneman. It was Veneman not to Volcker. I’m sorry, I’m still on the Volcker testimony cause that one rocked me a little bit, but it was a Veneman. Yes. But nonetheless, Trump could have shut up. He could have said nothing. He could have just moved on. He could have gone out there tweeting about the stock market like he and his sons had been doing as if that’s actually a distraction from any of this. Trying to tell us how great the stock market’s doing, but he couldn’t resist it like a moth to the flame. He goes to the Twitter and he attacks every single person there, and that’s going to be part of his downfall. It’s not going to be his only downfall, but it’s going to be part of it because he can’t control himself. This is also another reason why this man will never go and willingly testify. As he teased out this past weekend. He’s not going to do it. He can’t control himself. He can’t control what comes out of his mouth. He can’t even control with his fingers do. When he’s trying to tweet, he is going to continue attacking these people. He is going to continue making things so much worse for himself because he can’t help it.