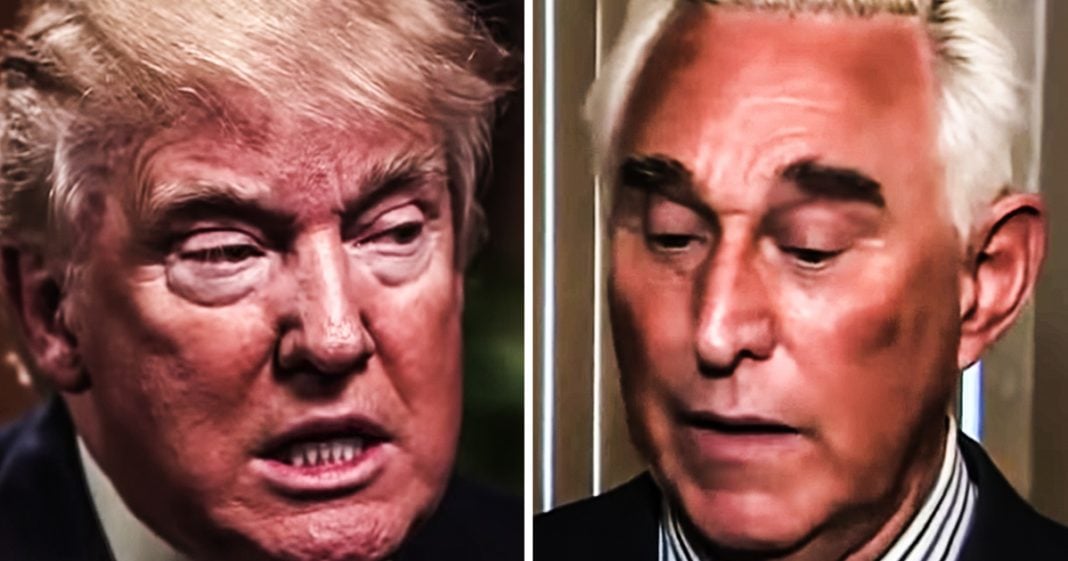 According to reports, the Democrats’ impeachment probe into Trump is now likely to include the President’s lies to Robert Mueller during the investigation, a move that isn’t surprising considering the new facts that have emerged on that front. The only issue is that most people have moved on the Mueller probe, and whether or not they should have is irrelevant, as Republicans already seized the upper hand on those talking points. Ring of Fire’s Farron Cousins discusses this.

*This transcript was generated by a third-party transcription software company, so please excuse any typos.
It was announced yesterday that Democrats in the house of representatives are also now looking into whether or not Donald Trump lied to the special prosecutor, Robert Mueller during that investigation. And the reason they’re doing this is because obviously last week, Donald Trump’s good buddy, former campaign advisor, Roger Stone, convicted on all counts lying to Congress, bunch of lies all over the place, but they were lies that were made in order to protect Donald Trump from Robert Mueller. So if they determine that, yes, Roger Stone lied, then that would also mean based on the, uh, transcript of Donald Trump’s written answers to Mueller’s questions. That would also mean that Donald Trump lied, saying that he never talked to Roger Stone about WikiLeaks or Juliana Saundra or anything like that, or the leak documents, none of it. Trump said he didn’t have any of those conversations. We now know that he did. So good Democrats are investigating that, but also bad, the Democrats are investigating that. And here’s why. The Mueller investigation has been over for several months now. We have not gotten to see the full unredacted report. Most Americans admit they have not read the report. Robert Mueller did his testimony. Everybody watched that. We didn’t learn a whole heap of anything and it didn’t move the needle one way or the other in public opinion at all. So Mueller’s testimony was basically worthless, right? If your goal was to get people to dislike or like Donald Trump, it didn’t work either way. Everybody’s now moved on from the Mueller report. We’re now kind of focused on the Ukraine thing, but here’s the other part of it, folks. Yes. We know that the Mueller report implicated Donald Trump and obstruction of justice. It said multiple members of his administration lied to him, which is why he couldn’t come to a conclusion about the collusion. So yes, the Mueller report was exceptionally bad for Donald Trump and yes, it laid out crimes that he committed. I’m not trying to say that it didn’t, I’m not trying to say that those don’t matter because they do. But from the very beginning of this report being released, the Democrats lost the public relations battle. Republicans seized it. They said, no collusion. We are vindicated. And Democrats as usual, did a horrible job with their messaging and they lost. Even though the report says they won, the public wasn’t convinced because Republicans jumped on it first. So by rehashing anything from the Mueller report, even though it does show Trump committed crimes, it’s going to look like you still have sour grapes about it, which is what Republicans will say, trust me. It’s coming, and the public’s going to start to see it that way too. They’re going to say, why are they going back to this? We already know that nothing happened, even though stuff did happen. This is, this is silly. There’s still hung up on this. God, this is getting obnoxious and annoying, and that’s what you absolutely do not want to happen. If the public turns on you now, you’re screwed. They, they’re on your side right now, Democrats, and that’s wonderful. I don’t think there’s any need to tie in anything from that. Mueller report into the current impeachment hearings about Ukraine. You’ve got it all with Ukraine. The public agrees with you on Ukraine. They didn’t on the Mueller report. So, If you bring that in, you’re going to lose a lot of support. You’re going to start muddying the waters, and you’re going to allow Republicans the opportunity to trot out their month’s old talking points about sour grapes and witch hunts and vindication, because that’s what they said with the Mueller report. And sadly the public believed them. So even though we know there’s crimes in there, even though we know he’s likely committed more crimes, including perjury, now’s not the time to rehash Muller, let it die. There’s plenty of other crimes for you to investigate and impeach this guy for.