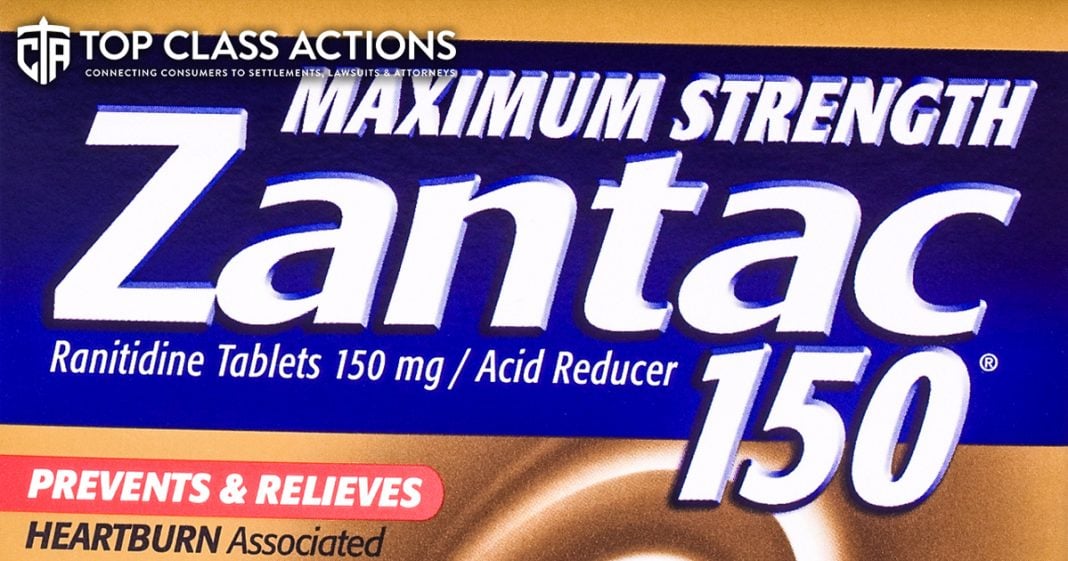 The drug company Sandoz Inc., makers of Zantac, has issued a voluntary recall after confirming that the generic Zantac capsules contained an “unexpected impurity, N-Nitrosodimethylamine (NDMA),” which is a probably human carcinogen. The U.S. Food and Drug Administration issued an advisory on Sept. 13, 2019, warning the public of a Zantac cancer risk due to chemical contamination of the heartburn medication. Ring of Fire’s Farron Cousins discusses this with Scott Hardy, President of Top Class Actions.

Farron Cousins:                  A massive voluntary recall is underway for Zantac, one of the most popular heartburn and GERD medications in the United States today. This recall has been months in the making and finally the company decided that they would voluntarily tell people to stop taking their medications in the 150 and 300 milligram doses. Joining me now to explain why this is happening is Scott Hardy with Top Class Actions. Scott, the Zantac one, according to some of the lawyers I’ve talked to, this is going to be one of the next very large, pieces of litigation in the United States. Explain to us what’s happening here.

Scott Hardy:                          Sure. It’s kind of similar to what we saw with Valsartan where it appears that there’s been some impurities somehow added to this massively popular drug and that unexpected impurity, which is N-Nitrosodimethylamine. Did I get that right? Nitrosodimethylamine, can actually cause cancer. It’s a probable human carcinogen. And so we’re seeing people that took Zantac are now reporting problems like stomach and bladder cancer. And obviously this affects millions of people around the world who take Zantac on a regular basis.

Farron Cousins:                  And the really sad part about this is we’ve seen a lot of problems recently with other proton pump inhibitors. You know, the Nexium and Prilosec causing kidney failure according to investigations. So a lot of people actually switched off of those medications and went over to Zantac. My doctor told me to do this. I had not yet made the switch. Now I don’t know exactly what I’m going to do because Nexium and Prilosec could destroy your kidneys and now Zantac could easily give you a, you know, one of these horrible forms of cancer because of this NDMA. So again, we do have a lot of people that have been making the switch because Zantac was believed to be safer and now suddenly they’re in a position where they may have been taking something that’s even more dangerous than what they just switched off of.

Scott Hardy:                          Exactly, and if you’re taking either one of those, if you’re taking Zantac, if you’re taking one of the Nexiums, you want to talk to your doctor and see what your best options are. Because, you know, hopefully there’s gonna be something that your doctor can steer you to that doesn’t have these issues that we’re seeing right now. We never want to tell you to stop taking your drugs. We are absolutely not saying that. We are saying talk to your doctor and, and see what they recommend. You know, right now it took Zantac a little while, because when we first published this in September, they actually hadn’t done a full recall. Now Zantac and generic versions have been recalled at all major drug stores including Walmart, Walgreens, Rite Aid and CVS and Sanofi, the name brand Zantac, also initiated a recall the over the counter Zantac on October 13th.

And so, you know, they recognize that this isn’t as small an issue as they thought before. And we’re seeing this happen more and more as more of these drugs are manufactured overseas. You know, something that a lot of people don’t know is that most of the drugs that you take, the prescription drugs and over the counter drugs, are manufactured in China or India. And here’s the trick that they don’t tell you. Are those FDA compliant manufacturer facilities? Yes, but the FDA can’t just hop into a jet, flight 18 hours, get there and show up, show up unexpectedly. Oh no. The FDA has to give them at least a days notice. So you’re going to see more of these recalls happen, especially with our current administration who is taking away more oversight and taking away the abilities of the, our government organizations to really execute their authority. And I think we’re going to see more of these types of recalls for these drugs and tainted pharmaceuticals when you have that kind of lax oversight overseas.

Farron Cousins:                  You know, you mentioned you had first reported on this back in September. That’s around the same time the FDA finally issued an advisory about Zantac. So we’re, you know, essentially two months into this. So there is still a lot of unknowns, as you pointed out earlier. We don’t know exactly how the NDMA got in there. Some of the investigations show that it’s not necessarily in the Zantac, but the chemicals that are in Zantac are now somehow turning into NDMA, binding with other chemicals in your body and creating this. So there is a lot of unknowns. But what we do know is that Zantac is absolutely linked to this carcinogen and we’re going to find out more. But again, this, this investigation, this litigation that’s going to be coming, this is still in its infancy and we have a lot more to find out.

And as it stands right now, that that’s probably the scariest part. We don’t necessarily know the extent of this, we don’t even know the cause of this yet, but people need to be aware and as you said, they’ve got to go talk to their doctors and find out what they can do, what they can switch to. And hopefully it’ll be switching to something that’s not also involved in other litigation at the moment because so many of these PPIs are already being investigated and some of them already being sued.

Scott Hardy:                          Exactly. There’s going to be more research coming out. We’re going to find out the true culprit and, you know, if you have been diagnosed or family members been diagnosed with bladder cancer or stomach cancer, please go to Top Class Actions, submit your information and, you know, the attorneys we work with will reach out to you. It’s going to be a burgeoning problem and you’ll want to keep an eye on it and obviously be very diligent on your own health. If you’ve been taking Zantac for the last couple of years, keep an eye on your health. Make sure you’re seeing your doctor on a regular basis because if you do get bladder cancer, stomach cancer, you want to be able to get and act on it fast.

Farron Cousins:                  Absolutely, as Scott just pointed out, make sure you follow the link in the description of this video. Head on over to Top Class Actions and as always while you’re there, please sign up for their weekly newsletter. It is one of the best resources available to stay on top of stories like these and so many others. Scott Hardy, Top Class Actions, thank you very much for telling us this story today.