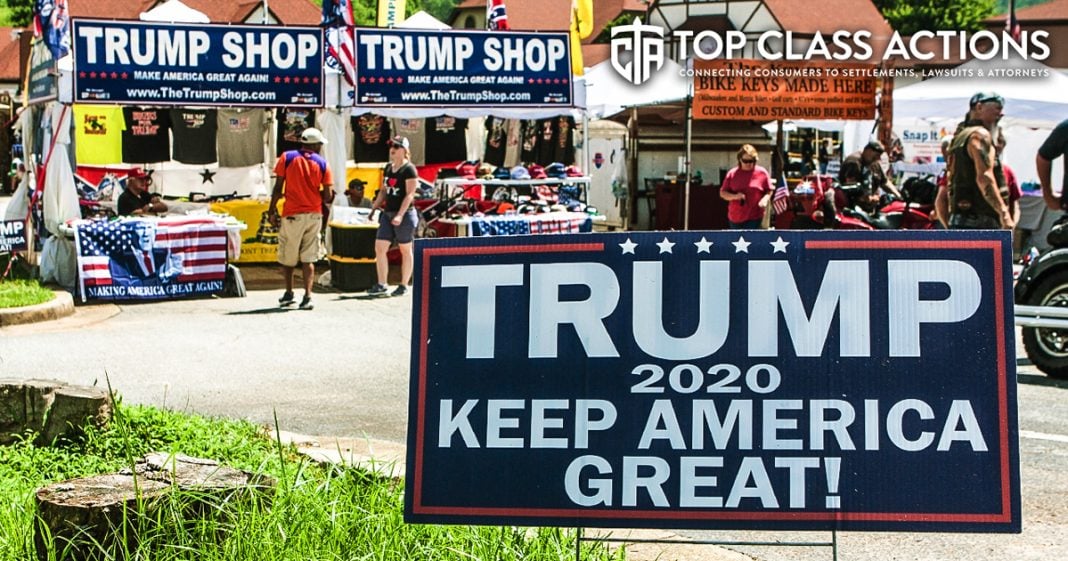 Farron Cousins:                  President Donald Trump is no stranger to lawsuits, having filed plenty himself and having been the target of countless lawsuits, especially since becoming president of the United States. But he and his campaign are now the subject of a new class action lawsuit that argues that the text messages being sent out by the Donald Trump campaign are actually illegal. Joining me now to explain what’s happening is Scott Hardy president of Top Class Actions, and Scott, I’ve talked a lot here on Ring of Fire about some of the potentially illegal things the president has done, his campaign has done and possibly his family has done. This is a new avenue. I had not seen this prior to you sending me this story. This is quite interesting. Tell us what’s happening with this text message case.

Scott Hardy:                          Sure. So, one of the annoying things that we all talk about every political election cycle that comes along is getting those calls, those automated calls, pushing different political parties, pushing PACS, pushing candidates. And there’s one thing is that, they’re, they are exempted. They’re exempted from the TCPA act to a point and now naturally, or at least in this case, Trump’s campaign is violating it according to this class action. Because they can call your home phone without your permission and leave you annoying messages and make you run an answer that home phone line.

But of course, a lot of us don’t have home phone lines anymore. I don’t, I just cut that cord this year. I said, all right, enough, I don’t need to spend $40 a month for that. So all of us still have our cell phones and it is illegal for a political campaign to call you on your cell phone or text message you without your explicit permission. In this case, we have people that were receiving text messages from the Trump campaign saying, support Trump. Go ahead and let these folks know that, you know, that you are backing your president.

But these folks are not affiliated with the Trump campaign. They never signed up supporting the Trump campaign. They have not done anything which gives president Trump’s committee and campaign permission to text them, which is a violation of the wonderful telephone consumer protection act. Right here we have the actual rules on political campaign, robo calls and robo text, and it explicitly States you cannot call or text cell phones.

So this is something that Trump’s campaign and every other political party and representative and Senator out there and mayor and everyone else has to pay attention to, or they’re going to end up spending hundreds of thousands if not millions of dollars defending and paying out settlements to those that they unknowingly harass on their cell phones.

Farron Cousins:                  You know, I can’t tell you how many times over the years I’ve had the opt out of these political text messages that I never actually signed up for. It’s just in the course of my job, I have had the email members of Congress and their staff, my phone numbers right there in the email, they take it, they add the email to a list, they add the phone number to a list because that’s what politicians from both sides of the aisle do. If they’ve got your information, that information is valuable and they put it in their directory.

But I’m also wondering a little bit with this, and again, this is something we don’t know yet, we’re going to find out. As you mentioned, the people who’ve been getting these text messages, these are not people who signed up for it. They’re not necessarily Donald Trump supporters, but they didn’t want the text messages and they’re wondering, how’d you get my number?

Scott Hardy:                          Exactly. And I think with the upcoming 2020 election, we’re going to see many, many more of these violations because the small time donor who’s donating $5, $10, $15 a pop, the, they’re, they’re making huge, huge progress for the Trump campaign. Those are some of their mega donors now. They send out this text message to, you know, a million people. And a lot of those folks are like, hey, I haven’t given Mr. president Trump, you know, five bucks for the last couple of weeks. They go ahead and send them $5 or $10, and that’s making, you know, a big difference in president Trump’s war chest.

And so you’re gonna see that same type of guerrilla style marketing to every voter out there who has some money to try to raise some bucks for their candidate. So whether you’re Democrat, Libertarian, Republican, and if you’re involved with any kind of political campaign, watch what you’re doing. If you were sending out these, these text messages because you bought a marketing list off the internet for your city, state, county, whatever it is, you will get hit with the class action.

And, you know, we will gleefully report on it because none of us like getting these text messages and suing and filing these class actions is a great way to put a lot of money back in the individual’s pockets because you got that text message. Well, that text message could mean hundreds of dollars for you as an individual.

Farron Cousins:                  You know, that’s a really great point and I want to reiterate that real quick. We’re in campaign season officially. We’ve got lots of, you know, really only the one on the Republican side, but on the democratic side, on the presidential arena, tons of them out there, a lot of them working with volunteers at the local level. These volunteers likely don’t know that something like this is technically by law illegal. So please folks, if you’re a volunteer, if you’re out there, if you know a volunteer, make sure you send them this. The what was it? The telephone consumer protection act. Learn it. Know it. It could be your best friend or it could absolutely get you kicked off a campaign and cost the campaign lots of money.

Doesn’t matter what side you’re on, what office, you know, you’re, you’re volunteering with, whether it’s a presidential candidate or somebody at the local level. Know this law, because it could save you and your candidate a lot of time and hassle and money. And for more information, please follow the link in the description of this video and head on over to topclassactions.com and while you’re there make sure you sign up for their weekly newsletter. Absolutely one of the best resources out there for consumers. Scott Hardy with Top Class Actions, as always, thank you very much for joining me today.