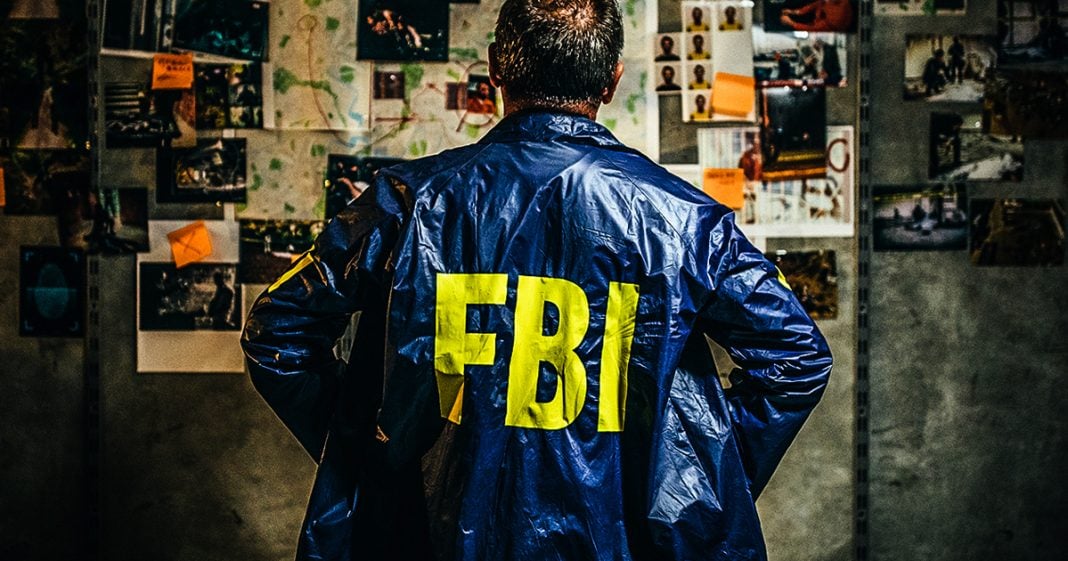 The number of violent hate crimes in the United States has surged in 2019, hitting the highest level in the past 16 years, according to the latest numbers from the FBI. And while Trump’s rhetoric has certainly inspired plenty of people to commit these atrocious acts, there is plenty of blame to spread around. Ring of Fire’s Farron Cousins discusses the rise in hate crimes and the causes.

*This transcript was generated by a third-party transcription software company, so please excuse any typos.
According to new data from the FBI in the year 2018 the number of violent hate crimes in this country Rose to the highest level in 16 years. 4,571 separate violent events, most of them against Hispanics and members of the LGBTQ community. Those are the two groups that saw the biggest rise in violent hate crimes against them. Now, what’s interesting about this, aside from the fact that the FBI pulled data from more than 16,000 law enforcement agencies across the United States to come up with this data is the fact that other forms of hate crimes, nonviolent hate crimes, vandalism, things like that, people drawing horrible symbols and writing horrible things on buildings. That’s actually decreased. We’re seeing less of that and that’s, that’s fantastic, except for the fact that instead of going out there and spray painting a racial slur on a building, now they’re going out there and violently attacking the people they don’t like. So that’s actually even more terrifying. but here’s the thing. They have attributed these attacks, not just in 2018 where they Rose again, but over the years. They tie them to the political rhetoric of the day and you can see that. You can see that in their datasets. Whenever politicians go out there and they start talking about how dangerous immigrants are, you know, over a sustained period of time. Then over that same sustained period of time, they’ve found that number of hate crimes against that group increase. When you get your religious leaders or your conservative Republican leaders out there demonizing the LGBTQ community, violent attacks against those people rise as well. George W. Bush years, right? Violent attacks against Muslims hate crimes against Muslims and Arab Americans increased. Sure. Bush himself may not have been out there saying these were horrible people, but he didn’t have to because the rest of his administration did. Fox news did conservative websites did. They were doing the dirty work for him, but these days, in addition to those sites, still doing the dirty work, Trump’s doing a good job of doing it for himself. He’s out there telling us that immigrants are dangerous, that they want to kill us, that they want to take our jobs, and so people freak out. They panic. Normally rational people take up arms, they get angry while waiting in line at the grocery store and yell at the person behind them to start speaking English. And when they don’t, they attack them physically. That’s what we’re seeing in this country today and yes, it is tied directly to Donald Trump’s rhetoric, but he is not the only one responsible for this. Fox news, Breitbart, Tomi Lahren, Ben Shapiro, Candace Owens, Dave Rubin, all of these people out there vilifying and demonizing the others. The others, as I’ve said, takes many different forms. It’s whatever group they want to hate on that day. Sometimes it’s just the Democrats. Other times it’s immigrants and other times it’s the LGBTQ community. They attack, they mock they ridicule and they inspire violence. And we know that because of the number of violent people across the planet who have actually cited a lot of these weirdos in their manifestos, the right is inspiring hate and violence, and this latest FBI report is just further proof of that.