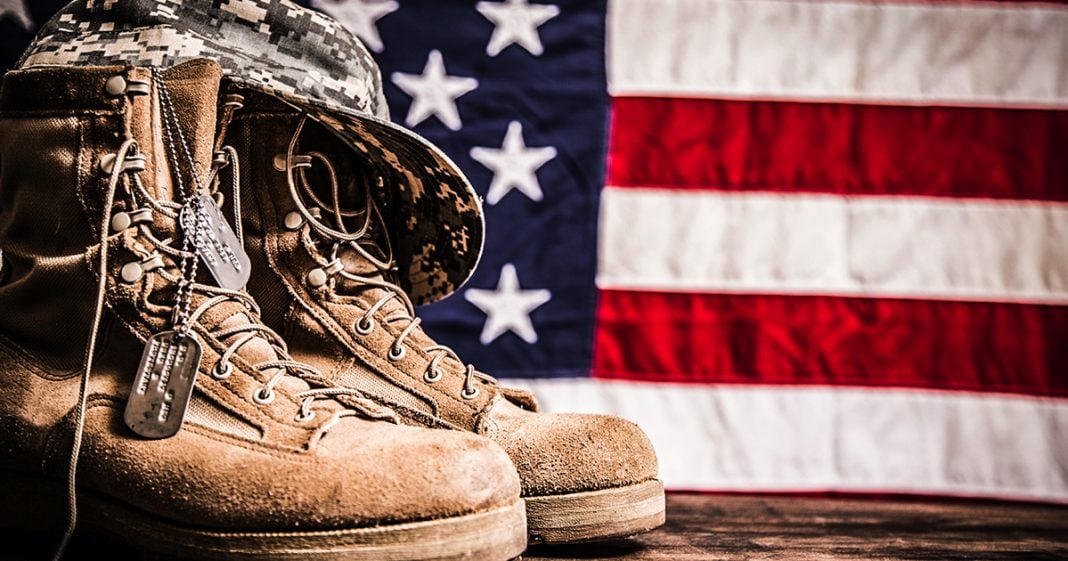 The Pentagon is once again warning the country about the risks of climate change, this time saying that the military will be unable to handle the effects of climate change in as little as 20 years if we don’t start addressing the crisis now. The looming threat of resource scarcity, mass migration, and natural disasters will create a world that the military simply cannot handle, leading to the collapse of the military, according to the Pentagon. Ring of Fire’s Farron Cousins discusses this.

*This transcript was generated by a third-party transcription software company, so please excuse any typos.
Recently, the us military released a new report that they had commissioned on the threat that climate change poses to the military itself. Now again, this report was commissioned by the Pentagon and like every other Pentagon report on this issue since 2006 the Pentagon tells us that we’re in deep trouble when it comes to climate change, but more specifically within the next 20 years, this report says we could be looking at the collapse of the U S military because of climate change and all of the things that brings with it the collapse of the United States military. Now that is a phrase that doesn’t even sound possible, right? We spend more on our military than any other country in the world. We spend more on our military than the countries behind us combined. So how could it be that our military could be overwhelmed by something to the point of collapse while the Pentagon spells it out very clearly, you’ve got climate change that’s going to bring blackouts, disease, thirst, starvation, and war. You have 600 million people. The report tells us who live at sea level or even on the coast and within the next 20 to 60 years, they’re going to have to find a new place to live. If we do not address climate change, we don’t know where they’re going to go. We can’t handle that massive influx of people across our borders. Other countries really can’t handle that either. So what are we going to do? And then if they do all mass migrate to certain areas around the globe, they’re not all obviously going to the same place, but then they fight for resources and that breeds war. This is something the Pentagon’s been telling us for well over a decade now. Resource scarcity breeds conflict. All of human history has proven that and yet we right now are slow marching towards that because we just don’t want to take action as a country, as a planet really. Now, this is not meant to discourage or downplay the role that scientists and activists have played in climate change. But I have to say this, we as a country, as a government have done nothing with regards to climate change. And that’s what the Pentagon is trying to tell us. We’re not doing anything. Now again, we’ve got brilliant scientists out there warning us, beating the drum, constantly saying, here’s the problem. There’s still time to fix it, so let’s do it. We have activists saying, let’s do this. We have some politicians saying let’s do it. But when it comes time to put the rubber on the road, we simply don’t as a country, even during the Obama years, he didn’t act one good environmental policy than immediately do a horrible one. And I know what I’m talking about here folks, because I wrote for an environmental website for the entirety of the Obama administration. It was my job to talk about both the good and the bad. And you can go back and read through all of it. I’m not saying that cause I hate Obama, I’m just saying it because that was my job. I had to talk about the bad and there was a lot of it during his tenure. But we have a chance, even the Pentagon admits, we still have a chance. We can fix this, we can correct it, but what they’re saying now is that if we don’t, if we continue down this dangerous path, we as a country, as a military, we’re pretty screwed.