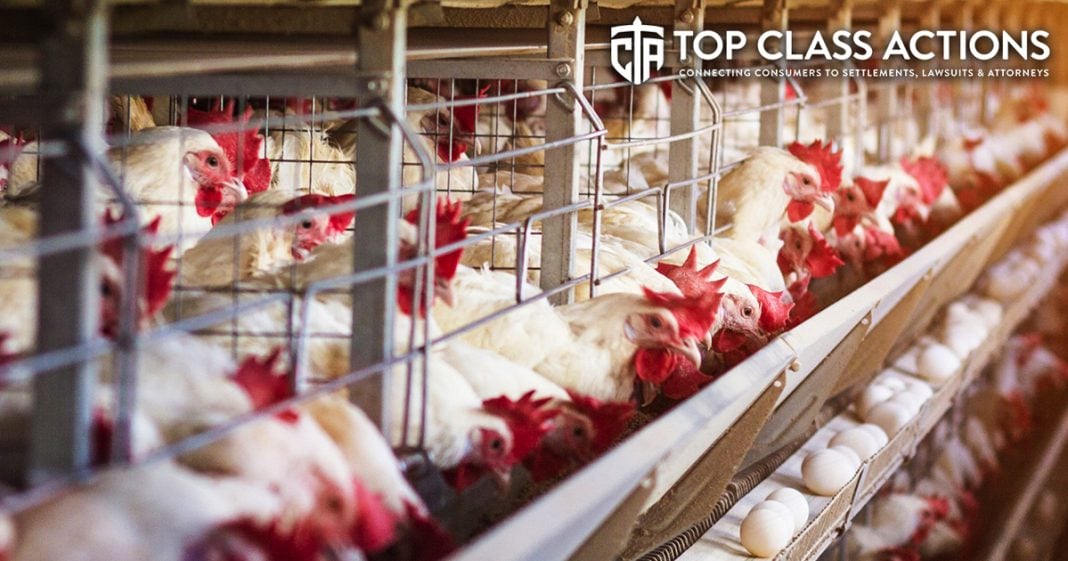 A class action lawsuit has been filed against Sanderson Farms claiming that the company misrepresents its chicken as being “100% Natural.” Plaintiffs Daniel Lentz, Pam La Fosse, and Marybeth Norman allege in their class action lawsuit that Sanderson Farms misleads consumers into believing that their chickens were not given antibiotics or other types of pharmaceuticals. Plaintiff Lentz says he purchased Sanderson Farms chicken at numerous grocery stores in California because he relied on representations that the products were “100% Natural,” which meant that the chicken didn’t contain any antibiotic or pharmaceutical residue. In addition, the Sanderson Farms class action claims that Sanderson deceives consumers into thinking that their chickens were raised in a natural environment. Ring of Fire’s Farron Cousins discusses this with Scott Hardy, the President of Top Class Actions.

Farron Cousins:                  Commercials for chicken that you see on TV always want to tell you that they don’t use antibiotics. Their chickens are brought up in these wonderful conditions. It’s 100% natural, they tell us, and when you go to the store, you see it right there on the packaging. No antibiotics, 100% natural. This is the best possible chicken you could buy. And as is often the case, a new class action alleges that these claims made by at least one company are absolutely not the truth. Joining me now to talk about this is Scott Hardy, the president of Top Class Actions in Scott, I am talking about Sanderson Farms, which unfortunately as is the case with so many things you and I discuss happens to be the brand that my family uses on a regular basis. So tell us what the problem is with this one.

Scott Hardy:                          Sure. So Sanderson Farms sells tasty chicken and they are listed as 100% all natural. Now the issue is, they’re one of the top three chicken producers in the country, and the other two actually provide options for you to buy of their brand that are antibiotic free. Well, Sanderson Farms does not, and so they’re pitching this a 100% natural chicken to, according to this class action, try to get you to think that, hey, this is 100% natural. Your, your chickens are, you know, they’re, they’re raised on the prairie. They’re not given antibiotics. They’re given all natural feed. Life is good. Well, not exactly.

This class action is stating that these chickens aren’t treated special in any way. That the, the feed that they’re getting has antibiotic in it. But Sanderson Farms is saying, listen, no, no, no, 100% natural is different. It’s all chicken, uh, but the, they can’t say that it was raised without antibiotics because it isn’t. And so they try to use that 100% natural tagline to get around it and make you think you’re getting something that you’re actually not. And that’s what this class action is trying to change.

But I think they’re going to rely heavily on that word raised because as deceitful as it is, which would mean the plaintiffs would still have a case, they do occasionally you see this in companies, they try to use these little key words here that say, no, no, no, no, no, we’re being quite literal. We took this thing as a chick and then once it reached adulthood throughout that whole period, there were no antibiotics. Once it was an adult chicken. Oh, sure. Yeah. We pumped it full of them. But it was raised without those antibiotics.

And I’ve bought their chicken myself just like you have. I’ve bought it. I saw that it was 100% natural and I said, great, this is what I want to buy. I’ll pay extra than just the generic grocery store chicken for this hundred percent natural chicken. I’ll pay extra for it because I think it’s healthier for me and my family when it may have just been the exact same type of chicken that had antibiotics and other issues in it. But I paid extra because the label made me think that I’m getting something better.

Farron Cousins:                  Right, and as you pointed out, they’re using that, that raised line, that’s how they attack everybody else. Saying, no, no, no, and they use the points we just made. But, but here’s the other thing too, for the lawyers who are working this case, this seems like a fairly easy one to do, right? You take the chicken, you go to the store, you purchase it, you send it to the lab for testing, they can test and find out if there’s antibiotics in there. You know, this, this isn’t some kind of, you know, weird science, you know, forensics that they have to do, they can simply test it and those test results are what’s going to be key to winning this case. And I know the lawyers know this, they may have already even done it at this point, but it’s going to be pretty easy to tell once this thing evolves, whether or not Sanderson Farms is lying about what’s in that chicken,

Scott Hardy:                          Right. I, you know, I’m bummed out because I bought the chicken thinking it was healthier for my family and now I know it’s not. So now I’m going to pay extra attention to their competitors to take a look at those packages to see if there are antibiotics in it. Because if they say there are no antibiotics in the chicken, then, you know, we’re gonna feel a lot better about it. But you just have to read that label very closely because the marketing gimmicks that these companies are using are obviously pretty broad.

Farron Cousins:                  Absolutely, and folks, that is another reason again, why it is important to read these labels. And when you see, even as Sanderson Farms is using it to attack their competitors, when you see the words raised without antibiotics, yes, that raises a red flag. When you just see something that says 100% natural, which is what Sanderson Farms claims, that raises even more red flags because that is a phrase that means absolutely nothing. And it’s not a claim about the quality of the chicken, but instead is a marketing ploy by the company. For more information about this issue, follow the link in the description of this video. Head on over to Top Class Actions and make sure you sign up for their weekly newsletter. Scott Hardy with top class actions. Thank you very much for talking with us today.