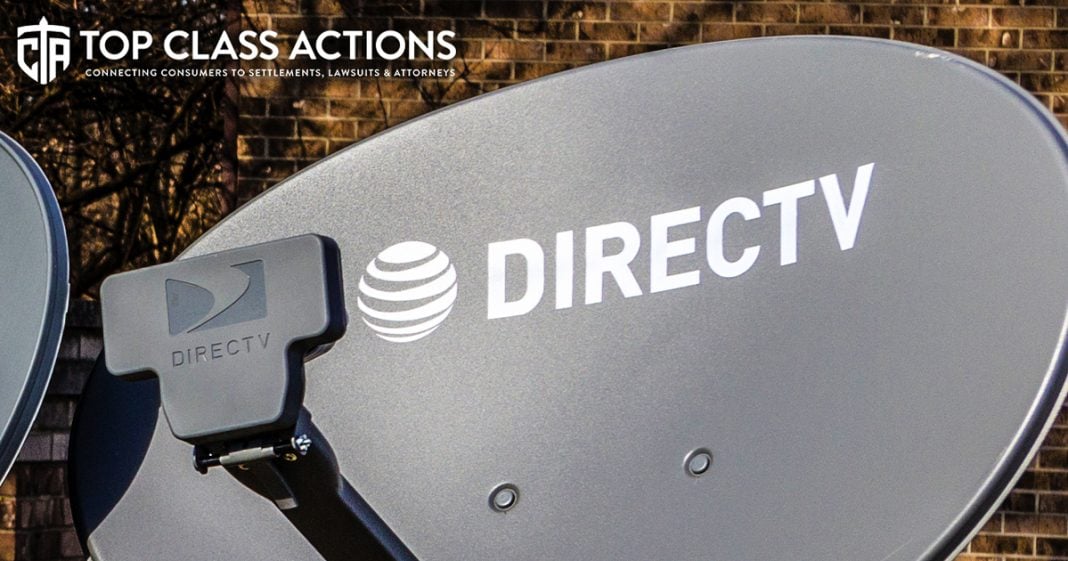 A class action lawsuit says that DirecTV pulls individuals’ credits without their knowledge or consent. The DirecTV credit pull class action lawsuit was filed by Toni Nash against DirecTV LLC. Nash says that she did not have any business relationship with DirecTV, but DirecTV pulled her credit report, which lowered her credit score. Allegedly, DirecTV admitted that they wrongly pulled her credit report but have not contacted credit reporting agencies to have the pull deleted from her record, but have not done so. Ring of Fire’s Farron Cousins discusses this with Scott Hardy, the President of Top Class Actions.

Farron Cousins:                  DirectTV may be hemorrhaging subscribers right now, but that may be the least of their concerns. Right now, the company is facing a new class action lawsuit alleging that they have been illegally pulling people’s credit reports without their consent. Joining me now to talk about this is Scott Hardy with Top Class Actions, and Scott as a DirectTV customer for at least the remainder of this NFL season. At which point I do plan on dropping them. This is infuriating because every time I see a story about DirectTV doing something wrong or something bad, I immediately turn to that like, oh dang it has, it happened to me too? So lay this one out for us. This is just yet another story of how and why really people are trying to dump this company as soon as possible.

Scott Hardy:                          Yeah, it’s really interesting. When I saw this, I was, I was surprised that you had this plaintiff and they were reviewing their, their credit report as we all should on a regular basis to see who’s checking their credit. And lo and behold, a bit, about around about a year before they see this hit on their credit report from DirectTV where DirectTV ran their credit and they said, wait a second. I had never applied for a DirectTV account. I never called them up and said, hey, I want to set up for DirectTV. Why did you run my credit? Well, they called, they left a message trying to find out what happened. They did not get a call back from DirecTV, but they did get a letter and the letter from DirecTV said, yes, we ran your credit. Sorry about that.

We’ll go ahead and work to fix it and notify the credit agencies that you never requested it. And unfortunately, according to this class action, DirecTV dropped it at that point. They didn’t actually notify any credit reporting agencies and say, yes, we fixed it. They just dropped it. And the issue is, according to the documents within this class action, every time someone hits your credit, it can drop your credit score by five points. And, you know, that can be the difference, the difference between a high interest credit card or a low interest credit card or obviously a great interest rate on a mortgage or a credit card or a car loan or a, you know, costing you thousands of dollars more a year.

So it does make a difference. And that’s what this class action is trying to stop. Is its trying to find out how many people DirecTV did this to because you know it’s not just one, it’s going to be a lot of people and then changing their business practices around because this is a violation of the FCRA, the fair credit reporting act. And if they are violating this on a large scale, then this is going to be a major class action.

Farron Cousins:                  So the plaintiff, in this particular case, she was not a DirectTV customer, she had not called to enquire. So that kind of begs the question, how did they get her information? Why did they feel the need to pull her credit? And again, if it’s not even just limited to the few remaining DirectTV customers out there, who else’s credit are they pulling and why? And how are they getting that information? To me, this kind of seems like there is a lot of mystery that’s going to have to be flushed out before we even find out, you know, what a potential settlement could be. This, this is gonna, this has gotta be a big one once we get into that discovery process, isn’t it?

Scott Hardy:                          Right, it really is, and you can see that the attorneys behind it are two, two very large successful law firms. So they’re, they’re taking a look at this and they’re betting that we’re not talking a few thousand people here. We’re talking most likely millions of people that may have had their credit pulled without their knowledge. And so it’d be interesting for our viewers out there, we’ve already received 188 comments on this article. It’s been shared more than 125 times. And so there are a lot of people out there that are saying, I think this happened to me and if it happened to you, you will want to check your credit and you’ll want to submit your information and sign up and follow this article. So that way you are in the loop.

Farron Cousins:                  DirecTV in, in the third quarter just lost another couple million subscribers. AT&T who had purchased them, they’ve gone on and off being owned and not owned by AT&T over the years by the way. But AT&T is now trying to, you know, see if maybe they can sell DirectTV because they’re losing money on it. This company is losing a lot of money. They can’t afford at this point to have one, the negative publicity that goes along with, oops sorry, we ruined your credit by illegally pulling it, and two a potentially massive settlement or jury verdict even, you know, a year or two down the road. This company is, you know, in its death rattle right now and this could be the final thing that eventually causes the entire DirectTV system to just go extinct.

Scott Hardy:                          Well that’s the thing is because they’re, they’re, if they are found guilty of violating the FCRA, there are statutory damages that they’d have to pay per violation so it could easily amount up to millions of dollars. That’s why DirecTV is very likely going to settle this fairly quickly and, you know, but it could still be a $10 or $20 million settlement. We’ll have to see if they find out that they did violate potentially the FCRA on a very large scale. And DirecTV is trying to adapt to today’s climate and, you know, you can get DirectTV now which is all online and stream rather than connect to their satellites.

But as you said, they are just losing customers left and right as are every large cable operation and cable TV, because people keep cutting the cords and just go to streaming options and with Hulu and Disney plus and the peacock NBC streaming option coming soon, those are all launching and those are going to cost big providers like DirecTV, more customers. Like you said, they can’t afford another issue like this one.

Farron Cousins:                  Exactly, and this case also shows people why it is so important for them to check their credit reports. Go check yours if you have the ability to do it, make sure this hasn’t happened to you, and if it has, follow the link in the description to this video. Head over to Top Class Actions. Sign up for their weekly newsletter and stay tuned, this will be a big one. Scott Hardy, Top Class Actions, thank you very much for talking with us today.