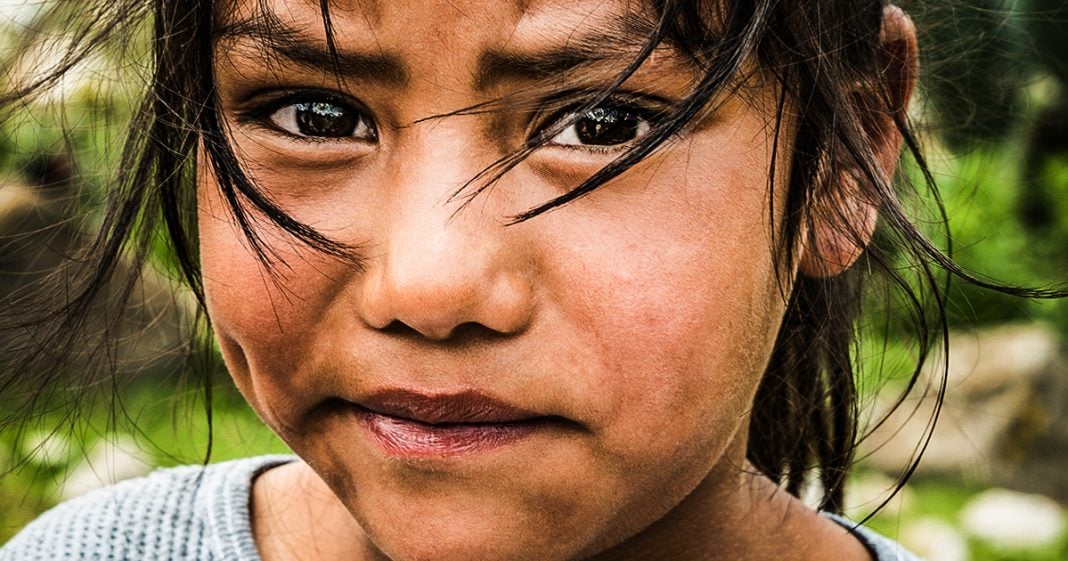 The Trump administration has never hidden the fact that they lack any form of empathy, but a new report shows just how sociopathic they truly are. The administration has now detained 70,000 children just this year, some of whom were separated from their parents upon arrest. This is a human rights crisis that will permanently impact the development of these children, as Ring of Fire’s Farron Cousins explains.

*This transcript was generated by a third-party transcription software company, so please excuse any typos.
Imagine for a second. If you were to see a headline that said that the country of Iran had 70,000 children locked away, what would be the United States response to that? We’d be freaking out. We’d have our drones flying over there already bombing people. We would have the military sitting on ready to go invade that country and liberate those 70,000 children that that country had locked away. Same thing. If it was Saudi Arabia, the military may not be ready, but the media would be up in arms about this. The unfortunate problem is that it’s not a Iran. It’s not Saudi Arabia. It’s not anywhere in the middle East or Asia or Africa or South America or Europe. We’re 70,000 children are locked away. That’s right here in the United States. According to a new report, the Trump administration, so far this year, 2019 has locked up roughly 70,000 migrant children along our Southern border. We now have at this very second, more children locked away than any other country on the planet. Some of these children are children that were ripped from the arms of their parents, haven’t seen them in months, don’t know where they are. Others. We’re fortunate enough, I guess you could say to be locked away with their parents, but nearly all of them are suffering some form of abuse, whether it’s psychological or physical, you know, ripping a child, some as young as one year old, they may not remember it. The two year olds will, the three year olds will and everybody above that certainly will, Ripping them away from their parents. That is psychological torture and that is an event that is going to haunt them for the rest of their lives. They’re going to have post traumatic stress disorder from these events and we know that because we’ve already had lawsuits filed over the last 18 months for the families of children who are suffering PTSD because of what’s happened to them. These children didn’t commit a crime. By the way, I don’t care what Republicans say. Well, if you don’t want to be locked away or ripped away from parents, they’ll come here illegally. They’re not coming here illegally. They came here seeking asylum, which is 100% legal, and for the record, those that did decide to come illegally and cross the border when they weren’t allowed to. That’s a misdemeanor. That is a misdemeanor that comes with zero days of a jail sentence. So don’t say that these people need to do things the right way. They tried to do things the right way. It’s just that your guy in the oval office and the white nationalists that he surrounds himself with in the oval office, which has now been confirmed by the way, they want to lock these people up, they thought it would be a good deterrent. They thought it’d be fun. 70,000 children locked away. And this is the kind of story that unfortunately is not going to get much play. Corporate media is not going to discuss this. They’re not going to talk about it. They’re not going to devote wall to wall coverage of this. Hell no. The impeachment hearings have started, right? So let’s focus on that freak show rather than the psychological and physical damage we’re doing to 70,000 children along our Southern border. Even right now, you’re watching this on YouTube. The views on this one probably not going to be as high as some of the other ones we put up today talking about how stupid Trump is, because that’s where all the views are. That’s what everybody cares about. That is everybody wants to hear about, nobody wants to talk about the fact that we’re committing disastrous, disgusting human rights abuses along our Southern border. Not boring. It doesn’t bring the cliques, right? Well, too bad because we’re going to talk about this and we’re not gonna stop talking about this. This is a humanitarian crisis happening right here in the United States, and if it were happening in any other country in the world, you’d better believe that the United States would have already used that as an excuse to invade that country.