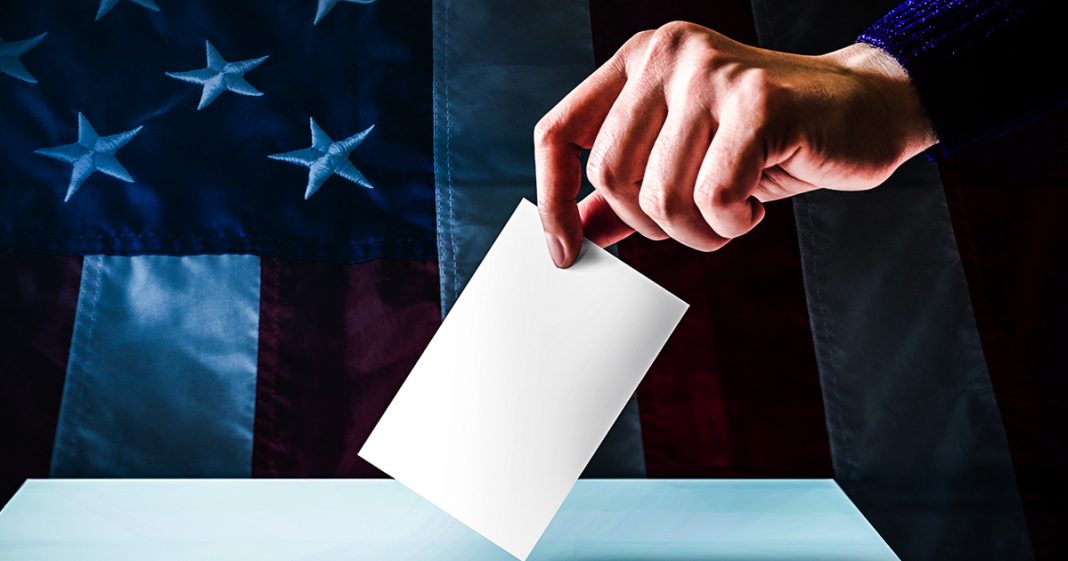 A conservative group called Wisconsin Institute for Law and Liberty has sued the state, arguing that they have delayed implementation of a plan to purge roughly 230,000 voters from the state’s voting rolls. These voters may have moved out of the state, but they haven’t gone through and verified this, and the conservatives in Wisconsin don’t want to waste any time making sure that these people – eligible or not – can’t vote in 2020. Ring of Fire’s Farron Cousins discusses this.

*This transcript was generated by a third-party transcription software company, so please excuse any typos.
So the state of Wisconsin is preparing to purge as many as 230,000 voters from their voting roles. If a lawsuit from the conservative group called the Wisconsin Institute for law and Liberty, such a good patriotic name, all these conservative groups come up with. But anyway, there was constant Institute for law and Liberty is filed a lawsuit against the state arguing that the Wisconsin, uh, elections board should not have given people more than 30 days to tell them whether or not they had moved out of the state or not. But the election board did. They said, Hey, we’ve got this new law in effect obviously. Um, and if you move out of the state, you can’t vote in this state anyway, but we’re going to extend the time frame from 30 days to up to two years. You let us know, respond to the thing we mail to you and tell us whether or not you’re still a resident of Wisconsin. If you do not respond to this within that two year timeframe that we’ve now given you, we’ve got to kick you off the voting rolls. That’s fair. That’s actually fair by the Wisconsin Institute for law and Liberty says, Oh hell no. You’re not doing that. You give them 30 days if they don’t respond or you don’t hear back from them or if they send it in and it’s a day late, you kicked them off your roles. Now that is what their lawsuits says. because the Wisconsin Institute for law and Liberty doesn’t seem to believe that people in this country should have a right to vote. That’s what they’re trying to do. They’re trying to kick eligible voters off the voting rolls because these are just people who are suspected to no longer be eligible to vote. They haven’t verified anything. That’s the problem. They’re guessing with these 230,000 people in the state of Wisconsin, they want to kick off the roles. Now, here’s the thing. Back in 2016 you know how many votes Donald Trump won the state of Wisconsin by 23,000 a 10th a 10th of the number of people they’re trying to kick off the voting rolls today, and that tells you everything you need to know. That is what this is about. Shame thing happening down in Georgia right now, and they’re doing it in Wisconsin too, and next month we’ll tell you about the next state where they’re trying to do it and so on and so forth. Because we’re gearing up for one of the most consequential elections of our lifetime, and Republicans know that they are facing a losing battle. Every single poll, including those put out by Fox news shows that Donald Trump is going to lose in 2020 and Republicans knowing they can’t win on the issues so they’re just going to kick people off the voting rolls, make them ineligible because that’ll win every time. And I’m not being sarcastic about that. That will win every time. And unfortunately, Republicans know that and that is why they continue to do this because they can’t win on the issues. Say you may as well cheat to keep yourself in power.