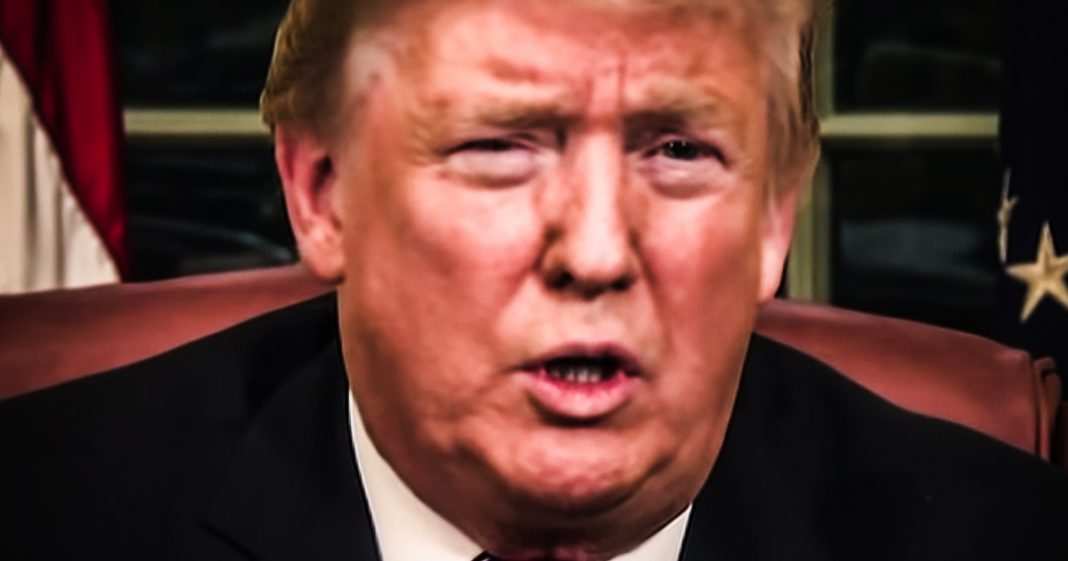 According to a new poll, roughly 81% of people in this country have already made up their minds about the impeachment of Donald Trump, and nearly all of them say that there’s nothing that could happen that would change their pre-determined positions. This is actually a really bad thing for this country, as people need to be open to new information, even if it doesn’t mesh with our pre-determined beliefs. Ring of Fire’s Farron Cousins discusses this.

*This transcript was generated by a third-party transcription software company, so please excuse any typos.
A terrifying new poll came out from Politico and morning console that shows that roughly 81% of people in this country are not at all open to changing their minds about the impeachment of Donald J. Trump. Now 62% say that there is nothing that could happen that’s going to change their position on it. 19% say there’s probably nothing that could happen that would change their opinion on it. So you add those together, you get 81% who say, yeah, I know where I stand on this and I’m not changing my belief. Now the poll in those numbers didn’t necessarily break it down into all of these people think he should be impeached or all these people think he should not be impeached. So it includes both. So this 81% is people who do think he should be impeached and they’ll never change their minds or people who think he shouldn’t be impeached and they’ll never change their minds. All in all, fewer than 10% of the people polled said they’re actually open to changing their position on it, like 100% open. Like I’m waiting to see what happens before I even make a determination. That’s a terrifying number, folks. Only 10% of people in this country are like, we’ll hold up. Let’s see the evidence first that that’s bad, And I know we want Trump impeached. I want Trump impeached. I believe he should be impeached. But if this thing moves forward, which it is, and we find out that none of this evidence is actually real. If we find out that we can’t prove anything or evidence emerges showing that it was all fabricated, guess what I’m going to do? I’m going to change my opinion on it. That’s what we all should do. Just like conservatives should. When the evidence comes out showing the president committed the crime, they should be willing to be like, Hey, this is indefensible and yeah, get him outta here. He’s bringing my party down. What? Why? Why are we so tribal? why can we not look at new evidence and say, Oh wow, I was wrong about something. The left and the right folks, this isn’t just the right doing it. They do it more, but the left does it just the same. When new evidence emerges, it’s okay to change your mind even if you’ve been wholeheartedly advocating for a position in the past, but then you learn new things and then you say, Oh wow, I’ve been totally wrong about that. I didn’t see it that way. Thank you for opening my eyes and making me realize I was wrong. I am a better person for it. I’ve done it. Heck, I’ve done it over the last 12 months, had my eyes opened to new things, seeing where was wrong in the past and I have moved forward with these new beliefs. That’s what I’m learning from this poll though, is that not enough people are willing to do that and we have to be, yeah, we all want Trump gone, but that doesn’t mean that we need to shut our eyes to evidence and the, I know right now the evidence shows that he committed the crime, but if it went away or if it turns out that that evidence was somehow fabricated, which I don’t think it was, then we would have to change our beliefs. We have to be willing to do that. Otherwise, we’re no better than the Trump cult members, and I’d like to think that we are.