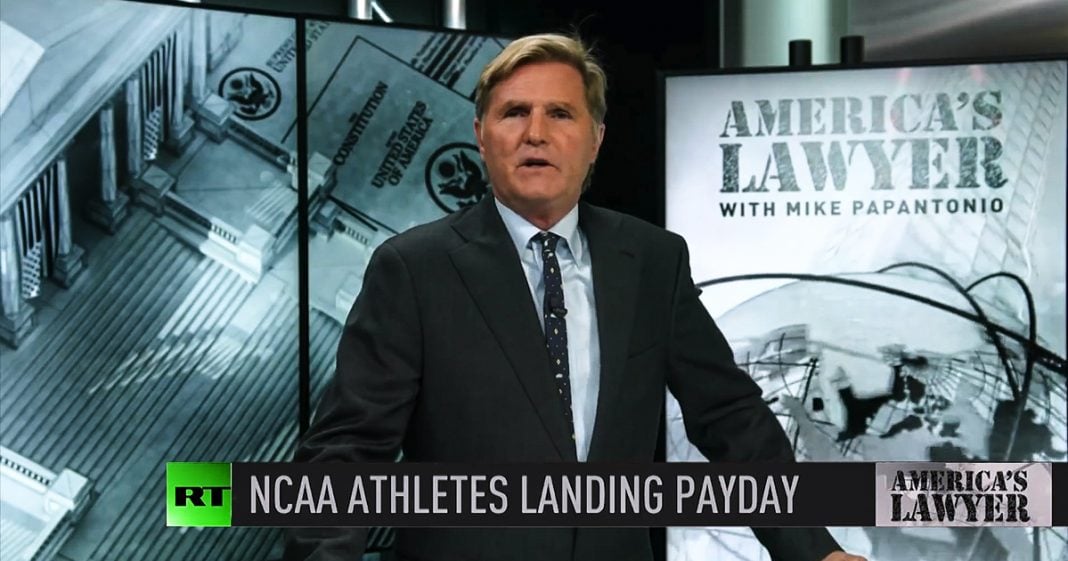 Via America’s Lawyer: The NCAA board of governors approved a measure that will finally allow college athletes to earn money off the use of their names and likeness. Mike Papantonio explains more.

Finally tonight, some good news. Last week, the NCAA board of governors approved a measure that will finally allow college athletes to earn money off the use of their names and likeness. This move by the NCAA came shortly after the state of California passed a law allowing athletes to get paid for the use of their likeness. Colleges and the NCAA itself had been making billions of dollars every year off the backs of student athletes and until last week’s vote, those hardworking athletes weren’t allowed to even take a single penny for the use of their names or even from memorabilia that they sign.

This new rule is going to change some of that, but there’s still a lot of room for improvement. The bottom line is that if colleges are going to use their athletes in order to increase admission rates or sell tickets to games and tournaments, then the athletes should be compensated accordingly. The NCAA has been hesitant to allow this because it can eat away at some of their big, big profits, but the backlash they’d been facing for years finally has come too great for them to continue taking advantage of athletes without repercussions.

That’s all for tonight. Find us on Twitter and Facebook @facebook.com/rtamericaslawyer. You can watch all RT American programs on Direct TV, Channel 321 and also stream live on YouTube. I’m Mike Papantonio and this is America’s Lawyer, where every week we’re going to tell you the stories that corporate media is ordered, not to tell because their advertisers won’t let them. Have a great night.