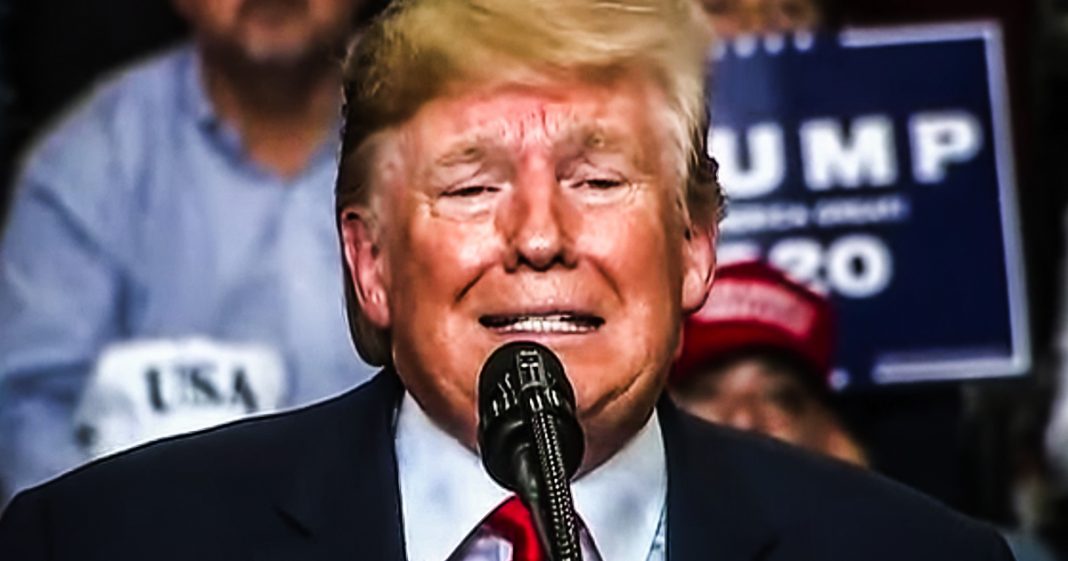 The latest round of polling shows that a majority of Donald Trump’s supporters don’t care what he does, they’ll never abandon him. That includes the possibility of him following through on his campaign joke to shoot someone on 5th avenue without losing any supporters. Impeachment could help turn more people against him, but it isn’t enough in and of itself to defeat him. Ring of Fire’s Farron Cousins explains what else is needed to end this presidency and move the country forward.

*This transcript was generated by a third-party transcription software company, so please excuse any typos.
Well folks this week, impeachment hearings go public. We’re finally gonna get to watch. We’re going to get to see the testimonies. Everything’s going to be awesome. Donald Trump is going to look horrible. We’re going to learn more about his crimes and yes, it’s obvious he did commit some crimes and Democrats are going to be patting themselves on the back all along the way. Now here’s the problem I have with impeachment. I fully support it. Absolutely, but what I think is a mistake is for those Democrats out there and you see them all the time on social media saying that this impeachment proceeding is going to cost Donald Trump the 2020 election. We saw in polls last week that 62% of his followers will not under any circumstances, stop supporting him. No matter what he does. That’s not good and that is just one indicator that impeachment alone is not going to cost him 2020 because yeah, the house is going to impeach him. That’s obvious. They’ve got the votes already. Everything from this point forward is kind of just for show. Since it’s not going to convict and remove him, it’s just not going to happen. Mitch McConnell could actually decide to not even bring the trial forward. Impeachment could die in the house even if the house passes it. so what do we do? Well, for one, these public hearings happening this week are a good thing because it will let the public see maybe some of those folks on the fence that, yeah, it’s pretty obvious. President committed some crimes with his extortion threats. That’s going to help sway a few people. Other people won’t be paying that much attention, believe it or not. I know we do this every day, folks watching this everyday you’re involved. Most people actually aren’t. They simply aren’t. They don’t know. They don’t pay attention. They really don’t care. They go about their daily lives. They’re too busy worrying about how they’re going to pay their bills to spend too much time worrying about what’s happening far off in Washington DC and there’s nothing wrong with that either. So how do you reach those people if they’re not paying a pinch, uh, attention to impeachment or maybe they’re on the fence, but they watch Fox news so they think it’s all BS. You beat them with policy. Impeachment alone won’t beat Donald Trump in 2020 but what we’ll defeat him coupled with impeachment or even on its own is policy. The people out there, the two candidates out there pushing the most aggressive policies, Bernie Sanders and Elizabeth Warren, they are the ones who have a very real shot at beating Donald Trump. I know sometimes in the head to head ups, it doesn’t look like they can, I know it shows Biden polls better against Trump. Those will change. Trust me, Biden can’t beat Donald Trump. That’s a sad reality. We have to live with Bernie can. Elizabeth Warren definitely has the possibility to do it too. I can’t necessarily say at the moment that she can. I feel that she can. Polls have been a little iffy on her compared to Bernie Sanders who mostly beats him. I still think Elizabeth would win just like I think Bernie would win and that’s why I think the two of them teaming up for a ticket is the best thing that could ever possibly happen to the democratic party. They are the two candidates with the most aggressive policies. Bernie’s a little bit more aggressive than Elizabeth Warren’s. Obviously Bernie is more trusted on the issues. Bernie knows how to stick to issues and not get involved in personal attacks. Elizabeth Warren is also very good with that and that’s what we have to do. Let the media beat the hell out of Trump with the impeachment stuff. Let them educate the public on that. Let them rehash things like his accusations against them for all the sexual misconduct. We’re good at talking about that stuff and we can remind the people how horrible he is. It’s the candidates, Bernie and Warren who can go out there and talk policy and convince the people who are on the fence. They say, yeah, Trump’s behavior is horrible. I know that, but I think his policies helped me better. And then Bernie or Warren or both can swoop in and say, actually, that’s where you’re wrong. Let me tell you about my policies. Let me tell you about what I want to do. Meanwhile, in the background, you’ve got the media reminding them, Trump’s piece of crap. Don’t vote for him, but it’s the candidates talking policy that are going to win it for us. Not Joe Biden with his asinine stories about corn pop and the public poll policies. Impeachment won’t do it. Canidents offering nothing, but platitudes are very weird. Tweets like some of the candidates that’s not gonna do it, but policy will.