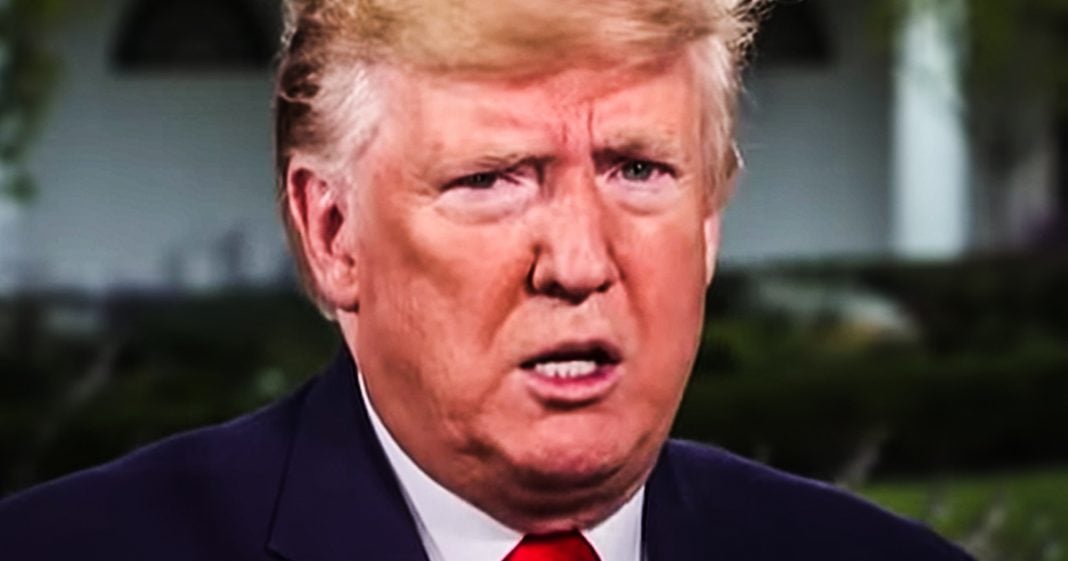 Trump’s Bedminster golf course in New Jersey has been found to contain dangerous levels of cancer-causing chemicals in its tap water. The chemicals, PFAS and PFOS, can cause various kinds of cancer, along with causing severe problems for pregnant women, fetuses, and damaging the endocrine system in humans. These chemicals can be partly filtered, but so far the Trump Organization has failed to take action. Ring of Fire’s Farron Cousins discusses this.

A new report from the environmental working group has found that Donald Trump’s golf course in Bedminster nor a New Jersey is actually packed full of cancer causing chemicals called PFOA’s and P F A S is now keep in mind these chemicals are actually found in more than 1000 different water systems here in the United States. So this is actually not something that’s necessarily unique to Donald Trump’s Bedminster golf course. But here’s the problem. These chemicals were found in the tap water, not in the groundwater and not in the sprinkler water. This is tap water. This is what people drink. This is what they cook with at Bedminster and these PFOAs and PFAS chemicals are in there. And the biggest problem is that there is actually, according to the environmental working group, a very simple way to filter these chemicals out, or at least most of them out to where they’re not as big of a threat to human beings. Activated carbon filters, which essentially perform as a giant Brita water filter for these water systems can be installed and you can eliminate or significantly reduce the threat of these cancer causing toxins.

But the Trump organization likely will not make that change because it costs a little bit of money and they don’t want to have to pay any money to prevent the people going to that golf course from getting cancer. And for those who are not familiar with the dangers of these chemicals, we have discussed at multiple different times here on ring of fire. But let me run through some of the effects that these chemicals have on the human body. And also keep in mind that these chemicals are bio-persistent, which means they don’t just pass through your body and leave. They build up in your body over time, they don’t get flushed out. They make a nice little home inside your body where they then calls the following problems, developmental effects and infants. They can lower a woman’s chance of getting pregnant, increase a woman’s blood pressure during pregnancy.

They lower infant birth weights, they interfere with the body’s natural hormones, they increase cholesterol levels, they affect the human immune system, and of course, they increase the risk of cancer overall throughout the entire human body. And Donald Trump’s golf course in Bedminster, according to the environmental working group, has levels of these chemicals that are more than three times higher than it what is considered an acceptable limit. Now, some scientists and researchers argue that there is no safe limit for these chemicals at all, and they would probably be more correct. But unfortunately, the safe drinking water act does not require any limits whatsoever on these chemicals. So again, it’s unlikely that Donald Trump, his organization, are going to take any action whatsoever to limit the amount of toxins in their tap water. So the best advice I can give anyone at this time, if you absolutely cannot avoid going to one of Donald Trump’s golf courses specifically Bedminster, then I would suggest you bring your own bottled water to reduce your risk of cancer.