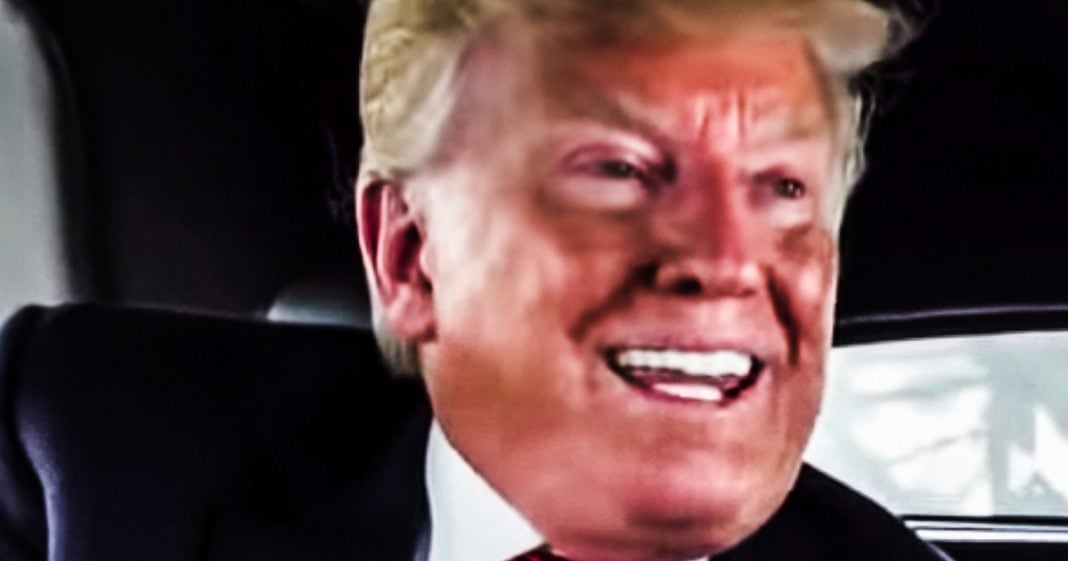 According to reports, Donald Trump has been talking with “The Apprentice” creator Mark Burnett about possibly launching another reality show when he leaves office. This would fit in line with the President’s need to be seen by everyone, but it could also serve to rehab his image after his disastrous presidency. Ring of Fire’s Farron Cousins explains what’s happening.

According to a new report, Donald Trump greatly misses his time on television hosting the apprentice and the celebrity apprentice on NBC. And according to three different sources inside the white house, Donald Trump has been speaking with apprentice creator, Mark Burnett over the years. And the two of them have actually been pitching show ideas back and forth for when the president finally leaves office according to these sources as the daily beast reports, one of the ideas that they have pitched is the apprentice white house edition.

Now, don’t worry folks, this wouldn’t happen as far as I know, while the president is actually the president. Instead, what they wanted to do was after he leaves office to have a new version of the apprentice, the white house edition, that he would take these, uh, to be politicians and groom them in such a way that they could go out there and win public office. So basically a TV show where Donald Trump teaches people how to con the American public the way he did to be just as horrible as he is as a politician. And then send all these little wannabe Donald Trump’s out into the country to run for political office. That that’s how infestations work. But that’s what he wants to do with this new TV show.

Now, after this report dropped, Mark Burnett’s people said, no, absolutely not. We have not talked to the president about any of this. It’s all a lie. That’s not true. But there’s three different sources inside the white house who have confirmed this, Mr. Burnett. And we know that you tried to distance yourself from Donald Trump during the campaign, you know, saying, although the hatred and the misogyny, Oh, this is awful. And then he immediately took office and you guys became best friends again. I mean, heck, back in 2005 your son served as the ring bearer to Donald and Melania, his wedding. You guys are buddies, your friends, and for us to believe that you haven’t spoken in three years, that’s just not probable whatsoever.

I have no doubt in my mind that Donald Trump and Mark Burnett are sitting there talking about these new reality shows. And one because Mark Burnett wants nothing more than money. That’s what he’s all about. And he believes Donald Trump on television again would be a huge moneymaker. It’s a former president. People want to see them. They either love him or hate him. Either way, you tune into it. And that’s the truth. That is a moneymaker for Burnett and for Trump. It’s the opportunity to not be such a jackass anymore, to rewrite his own legacy, to show the public that he is more than just the crazy man on Twitter.

You know, basically pull a George W. Bush, maybe give a Michelle Obama a piece of candy at a funeral and then everybody, Oh, he’s actually such a sweet guy. Rewrite therapy happens all the time. We are watching it right now. Over the last few years happened with George W. Bush. The man was awful. Started a war that has killed hundreds of thousands of people, including tens of thousands us a troops. Right? But now that we have Trump and he’s outwardly horrible, we show maybe Bush wasn’t such a bad guy. Maybe he was just misunderstood. And Trump wants the same thing to happen to him.

That’s why he wants to get back on TV. Trump wants people to love him again, and Burnett just wants to make a ton of money. I have no doubt in my mind that as long as Donald Trump isn’t sitting in a prison cell after his tenure at the white house is over, this reality show will happen probably within a year of Trump leaving the white house.