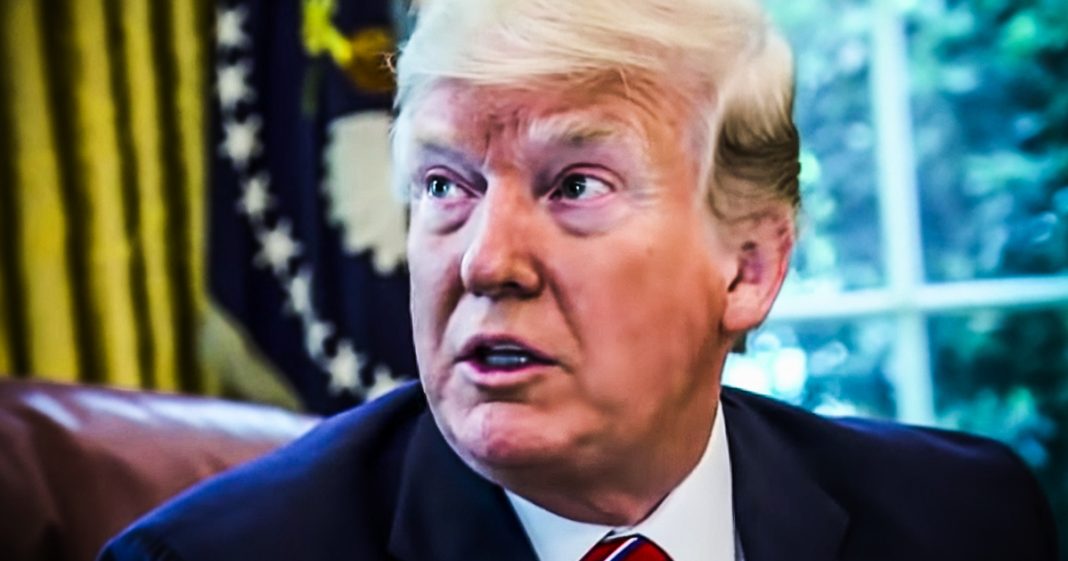 While it is true that polls right now show Trump losing to the top four Democratic candidates, those will certainly change in the next 12 months. What is likely to not change is the recent polling where most Americans agree that they aren’t better off than they were four years ago, and THAT is something that should terrify the President. Ring of Fire’s Farron Cousins explains why this new poll means so much more than the others.

We have talked a lot about polls here on ring of fire or other progressive hosts talking about poles. The media is talking about polls, but one thing we always say here is that none of these polls really actually matter right now, right? We talk about Trump’s approval rating will, it’s going to change before the 2020 election. We talk about which Democrats are beating him in the polls, which is right now the top four that’s also going to change, but a poll came out this week that is likely to not change before the 2020 presidential election, and it is the kind of poll that Donald Trump should be terrified of, and according to this latest poll, majority of people in this country do not believe that they are better off than they were four years ago. 31% said that their personal finances have gotten worse since Donald Trump took office. 33% said they’ve remained about the same. So you add those together. 64% of people say they’re not better than they were four years ago. 35% say yes. I think think my finances are better today than they were four years ago. Every single presidential election, the question gets asked, are you better off now than you were four years ago? And if the answer is no, then people are inclined to vote for the challenger. If the answer is yes, they stick with the incumbent and here we have a poll. We’re 64% of people are able to clearly say, no, I’m not better than I was four years ago. Sure. 33% say they’re not worse either, but everybody’s always looking for better. That’s human nature. That is basic psychology folks. We want to be better. We want to get better. We want our personal situation to be better and it’s not so why stick with the guy who’s not doing anything for us? When we can go to one of these other candidates who’s out there saying, I’m going to give you healthcare. I’m going to give you kids college. I’m going to forgive your student loan debt. I’m going to protect the environment. I’m going to give you a better job. I’m going to get money out of politics. That’s a no brainer for a lot of these folks who are looking at their own personal situation and seeing that things aren’t getting any better for them and they haven’t for quite some time. this is the poll that Trump should be worried about because this, as I pointed out, this isn’t going to change in 12 months. It would take a remarkable overhaul of the system itself, the capitalistic system that we live under. You’d have to overhaul that in the next 12 months to improve the plight of these people and Donald Trump and the Republicans are not the people who are going to do it. We have candidates out there right now pretty much to talking about overhauling the system, changing the way things are, one of them a little bit more aggressive than the other. Those are the people that would actually help these 64% who say things aren’t getting better, and hopefully the 64% out there understands that, but at least let’s hope that they know that sticking with Trump isn’t going to help them one bit.