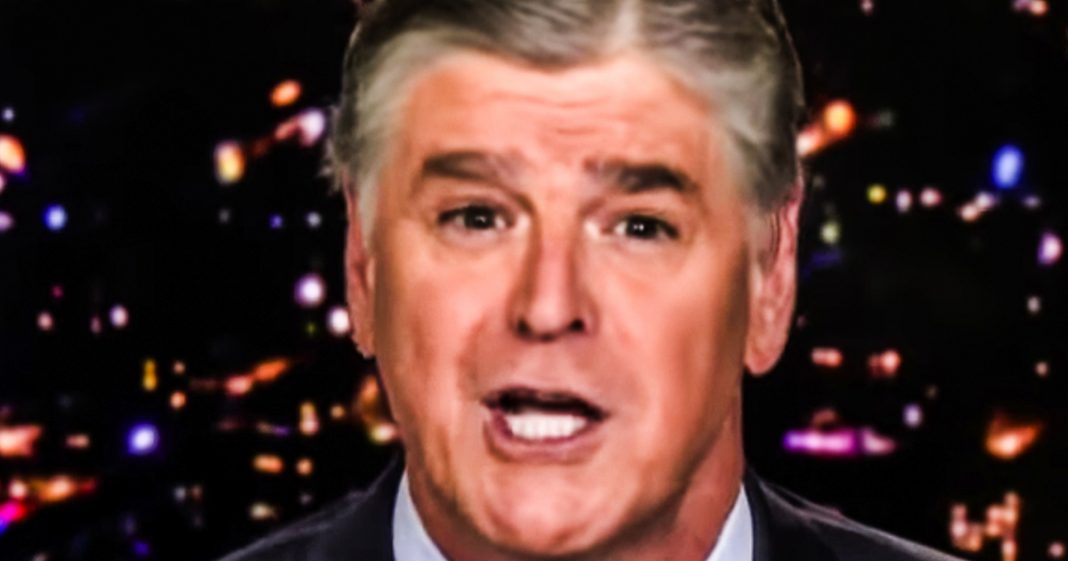 Fox News host Sean Hannity isn’t happy with the polling data that his network is putting out, and he’s now claiming that the polls are skewed, inaccurate, and, for lack of a better term, fake news. Hannity isn’t even pretending to be a reporter anymore, and his only job at the network appears to be running interference and spreading propaganda about his friend, Donald Trump. Ring of Fire’s Farron Cousins discusses this.

This past weekend, Fox news released yet a another poll showing that Donald Trump loses in head to head match ups to Joe Biden, Bernie Sanders, and Elizabeth Warren. And he also ties nationally with Pete Buddhajudge. So on Monday, Sean Hannity went on his radio show and blasted his own network for allegedly skewing the results of this poll because according to Hannity, everybody has to love Trump and there is no way these numbers that have now been consistent poll after poll from place after place. No way. All those numbers are accurate. According to Sean Hannity, here is what he had to say. New York times Sienna college poll shows Trump in a dead heat and battleground States matched up against the three leading Democrats, Biden, Sanders, and Warren. And I always say, and I believe Trump doesn’t poll well, and I don’t know what’s up with the Fox poll. I look at their poll and i’m like, okay, you’re sampling oversampling Democrats by eight points. Unlike some outside company they hire, I’m like, okay, they need new methodology because it’s really wrong except that it’s not. Here’s the thing about sample sizes that people need to understand, and this is coming from somebody who had to take multiple different courses just in polling. Sample size is reflective of communities of certain areas. It doesn’t mean that, Oh, we’ve got a poll, so we have to get 50% Democrats and 50% Republicans. If you’re polling in an area like California, you’re going to have more Democrats because that is more representative of that area. If you’re polling somewhere like Florida, you probably have a more even split New York, you’re gonna have more Democrats, Texas probably going to have more Republicans because the sample has to be representative of the overall area. And if we’re talking about national polls, well guess what, Sean Hannity, fewer and fewer people are identifying themselves as Republicans. More are identifying themselves as Democrats and even more are identifying themselves as independence. So if you’re unhappy with the samples that these polls are taking, then you’re really just unhappy with what’s happening here in the United States with the Republican party pushing people away, not welcoming them, not embracing them. They’re your Republican party, Sean, and your network itself is out there telling us we have to hate certain groups of people here in the U S not exactly the best recruiting slogan is it come join the Republican party. Unless of course your Brown skinned Muslim, homosexual, or you know a woman with independent ideas, that’s what your party is. So it’s no wonder they’re shrinking and as they continue to shrink their representation, these polls is also going to shrink because it’s more representative of what the country actually is today. Sean, you’re a dinosaur buddy and at meteor is headed straight for you, but rather than duck and run for cover, you’re sitting there whining about the fact that how come no meteors are hitting other dinosaurs and this one’s coming straight from me. It all leads to one inevitable conclusion, bud. And that’s extinction, not just for you, but for a good portion of the Republican party.