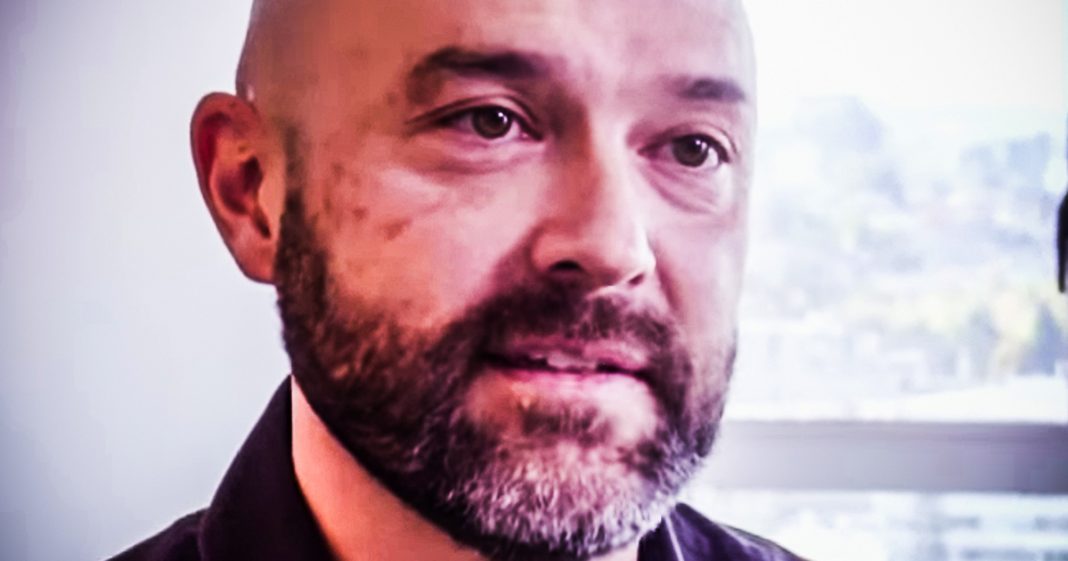 Former megachurch pastor and ex-evangelical Joshua Harris admitted in a recent interview that evangelical Christians supporting Donald Trump has dealt a huge blow to the credibility of religion. And he’s right on the money with that assessment. Trump has helped to further expose the hypocrisy of the Religious Right, and while many members of the movement can’t see it, those who could have become members are all too aware of it. Ring of Fire’s Farron Cousins discusses this.

Former mega church pastor and author Joshua Harris recently did an interview with Axios on HBO, where he talked about the fact that evangelical support for Donald Trump has helped destroy the credibility of the evangelical movement here in the United States. We have said that repeatedly here on this program. Plenty of other folks have been saying it repeatedly, but here’s the thing. This is a guy who came from inside that kind of world. He sees what’s happening both inside and out, and even though he announced earlier this year that he is abandoned his faith, he still sees what has happened because evangelicals overwhelmingly support Donald Trump. I think the latest poll shows his approval rating among evangelicals is 77% I think his approval rating among just Republicans is slightly lower than 77% so evangelicals, they’re the top. That’s his biggest voting block. If you don’t include the people who wear the white hoods and all that. But this is a big deal. And yes, Harris is absolutely right. Support for Trump has further degraded the credibility of the religious right. And here’s the thing, those of us who’ve been following the religious right me for 15 years now, we knew they never had any credibility. I mean, anybody who’s ever listened to Frank Shaffer or read one of his books understands that this group never had any credibility, but they do among their own followers. And you’re not going to change their opinions of Donald Trump. You’re not going to convince them that they’re somehow bad Christians for supporting Donald Trump. But what you are going to do is give this movement, the evangelical movement, the religious right, the moral majority, whatever the hell you want to call them. you’re going to put it in the heads of people who may be headed down that path, that these aren’t real Christians, that this isn’t the group for you, that this isn’t where you want to be. If you actually want to follow the gospels, and that’s what matters. We’re not going to get people to drop out of the evangelical movement just because they support Trump. But you could easily convince other folks in this country that that’s not where they want to go because they have no credibility. That’s why stories like this are important. That’s how you tackle these groups, whether it’s the religious right, the NRA, or as I mentioned, the groups with the white hoods. It’s hard to get in there and shake those members and make them realize that what they’re doing is following a false God. But what you can do is make it to where anybody who’s on the fence about whether or not that’s for them is to let them know that this isn’t what they think it is, and it’s not going to go the way that they think. They’re not gonna find salvation. They’re not gonna find real friendship. They’re going to find a bunch of phonies. They’re going to find a bunch of frauds and find out that every one of them is really just a tool for corporations and people trying to make a quick buck just like Donald Trump himself.