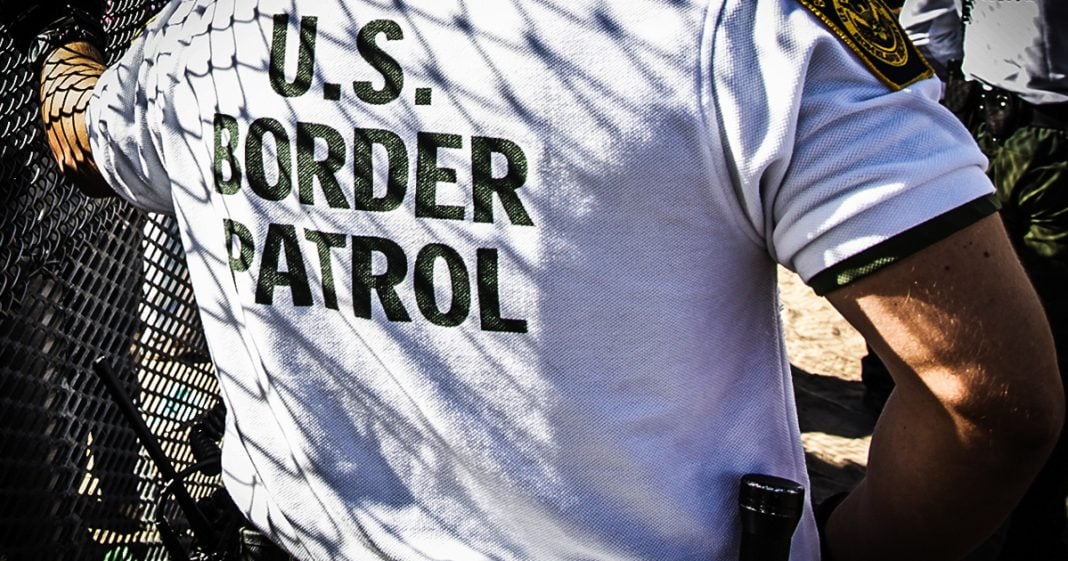 According to more than 35,000 pages of documents that have been released, border agents and guards at detention facilities have routinely been threatening to carry out some of the worst forms of abuse imaginable on children being detained by the Trump administration. These threats include running over children with their cars, sexual assault, and starvation. These are human rights violations, and they are continuing without hardly any media coverage. Ring of Fire’s Farron Cousins discusses this.

I know it’s kind of hard to pay attention to every single issue happening in this country, especially considering the fact that we have a president who’s a total nut job and we have about 80,000 people running for president on the democratic side. Well maybe just 79,999 with Beto O’Rourke recently dropping out, but nonetheless, there’s a lot going on in the world of simple electoral politics. But please let’s not forget the fact that we have children locked in cages in detention facilities along our Southern border and in fact thanks to a freedom of information act request filed by the ACOU. We now know the extent of the abuse that these children are suffering at the hands of customs and border patrol agents in those detention facilities. They have been run over by vehicles, threatened with rape and beaten mercilessly while handcuffed and that is according to the 35,000 pages of complaints that the ACOU you got their hands on. Now vice did a phenomenal writeup of this and rather than sit here and give you the summary, I’m going to read word for word what vice wrote here. Based on those 35,000 documents, one 16 year old Guatemalan boy claimed he was verbally abused and strip searched while in custody in 2013 this was during the Obama administration. He said two agents, accused him of lying about his age and falsifying his documents and then told him he’d be sexually abused by an adult, detain he if he didn’t tell the truth. One of the agents told the boy to remove his clothing, searched him, and continued to interview him about his age while he was undressed. Another Mexican miner said officers in Texas verbally harassed him while they drove to a processing station. At one point, according to a May, 2013 incident report filed by an officer, the agents took him out of the van and told them he was going to be raped. The agents said the boy would be beat up if he resisted according to the document. One agent also allegedly pulled down his pepper spray and held it to the boy’s face and told him he’d be sprayed if he fought back. So what’s interesting here is you notice the dates 2013 that’s just one year into Obama’s second term, 35,000 pages of th- of these complaints that stretch from the Obama administration all the way through the Trump administration. We have said plenty of times, I have said sitting here that yes, Obama did horrible things down at the border, but what Donald Trump did was worse. I don’t know that I can credibly say that anymore after reading this and there’s so much more folks. One officer, I’m going to keep reading. One officer filed an incident report after to Mexican national set officers in Texas, ran them over with ATVs. One said the vehicle ran over his right foot. The other said it ran over his lower back. Both were given a voluntary return to Mexico according to the documents. Many children and teenagers said the officers beat them after they had been arrested sometimes while they were already in handcuffs. Folks, the stories go on, on and on and on and on and on here. And it’s not just happening under Trump. It didn’t just happen under Obama. And I think it’s wrong at this point to even try to quantify, well, this is worse. No, it’s all horrible. It’s all human rights abuses taking place at the hands of these administrations, Democrat and Republican alike. And it’s still going on today. Still going on today. That’s what we have to focus on. There needs to be accountability. There needs to be congressional aggressional hearings about this. And you know what? If you got to haul Obama and his, uh, officers and cabinet members in Congress and ask them tough questions that Democrats don’t want to ask them, then you got to do, do it. Because this is disgusting. What’s happening today is disgusting. And the only way we get it to stop is to actually talk about it and to cover it and to investigate it. Because if we don’t make no mistake, this isn’t going to stop.