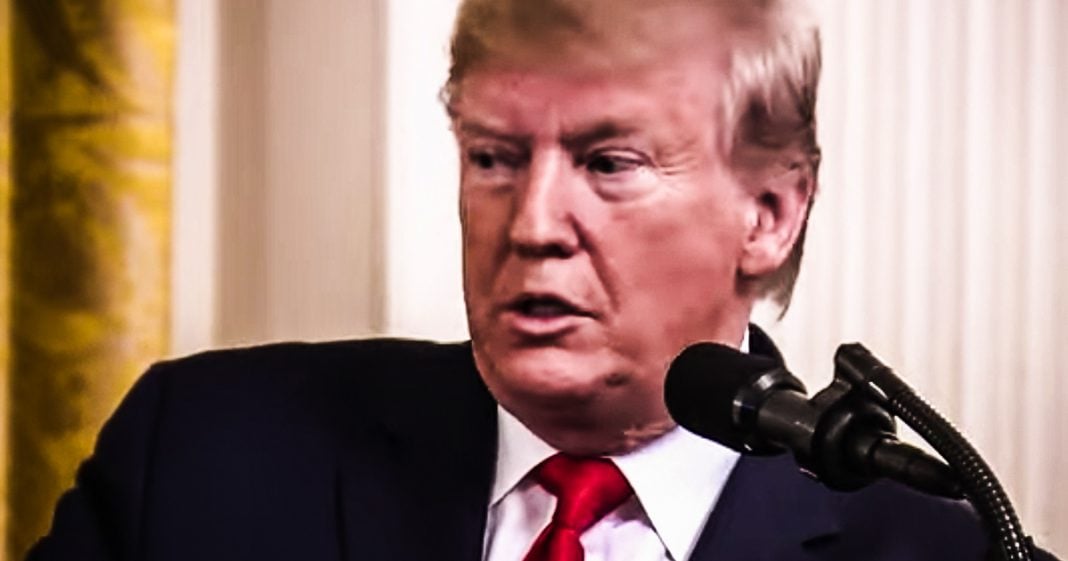 The Student Government Association at the University of Alabama sent a letter warning students and organizations that if they protest Donald Trump’s expected visit to the Alabama vs. LSU football game this weekend, they will lose their seats at the stadium for the rest of the year. This is a very clear violation of the 1st Amendment, and it wouldn’t be surprising to see the SGA back off these claims now that the public knows what they are up to. Ring of Fire’s Farron Cousins discusses this.

*This transcript was generated by a third-party transcription software company, so please excuse any typos.
The student government association at the university of Alabama has decided that are free speech protections. Granted under the first amendment of the us constitution are less important than protecting Donald Trump’s ego. She this coming weekend for fans of college football. You all know what’s happening. It’s the Alabama Crimson tide versus the LSU tigers. A battle of two top four teams fighting for a spot in the college football playoffs. Now for fans of the U S constitution. This is a horrible day because the SGA group at the university of Alabama has issued a threat. They have said in a letter that was posted all over social media yesterday that any group or persons that protests Donald Trump’s appearance at this football game because he’s going to be there. If any of you protest, your getting kicked out of the game instantly and you lose your group seats for the rest of the year. You can’t come back to any football games this year. If you protest Donald Trump. Now totally not surprising. This is the state of Alabama. This is Donald Trump country and what they’re trying to do is avoid embarrassing the president because you know he got booed at the baseball game, got booed at the UFC fight and now they’re trying to say, Hey, listen folks, we in the South here, we don’t want Bo the president Noo. No, we just want to come in and get himself a hot dog. If he knows how to eat one of them and you’re flipping washing damn football game folks. That’s what we’re doing here. Roll tide, roll tide now, I’m sorry if anybody takes offense to that little impression there, but I live like 10 minutes away from Alabama. I see these Alabama rural tad Crimson tad fans every single day and that’s really the most flattering I could be towards them and I’m not going to be nice anymore because this is a constitutional violation. What this SGA group is doing, there are 60 different groups at the university of Alabama that have these groups seats that they get for every single game and the SGA is threatening any one of them. If you protest the president, if you exercise your first amendment rights, you’re out and you’re gone for the year. That is despicable. And again, they’re only doing it to protect Donald Trump’s fragile ego which isn’t that different from a lot of the people who are going to be at that game because their entire ego, their entire self worth is dependent upon how well the Alabama football team does. That’s their entire life folks. I don’t really think a lot of you who don’t live down here understand how big Alabama football is to their fans, self-worth. That’s all they have in life. It’s sad, but it’s true. And they want to now use that to protect Donald Trump because he’s just like them. Not that he cares about the game or that he even really understands what’s happening probably, but he wants to go somewhere where he’s not going to be booed. And this college, university of Alabama student government association is willing to trample all over your first amendment protections in order to make sure the president doesn’t feel uncomfortable.