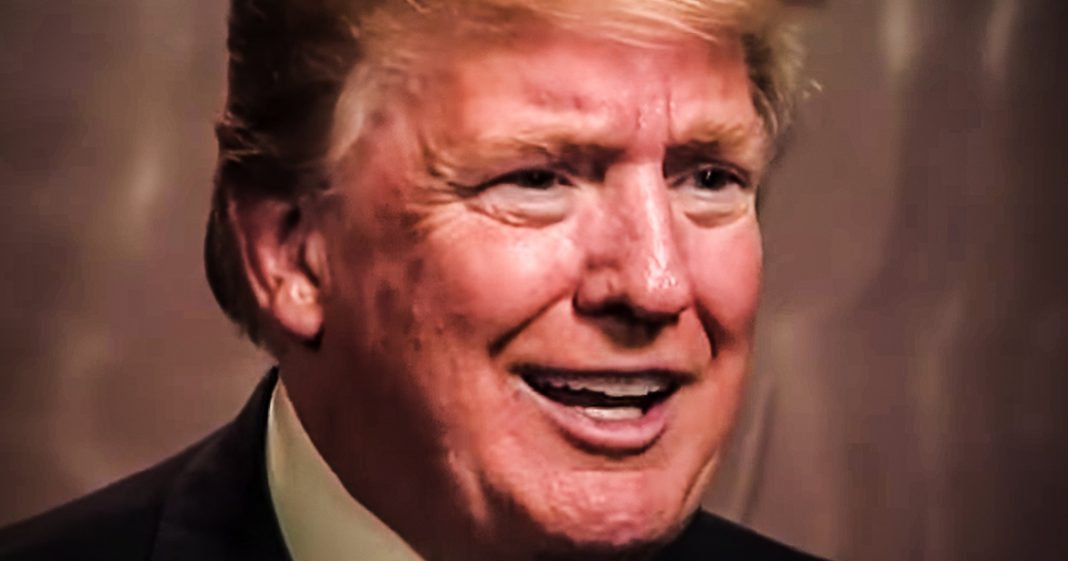 The Trump family has got to be the least self-aware family on the planet. After railing about the alleged corruption and self-dealing of the Biden family for weeks, President Trump turned around and told his Twitter followers to go out and buy his son’s new book. The family has absolutely no shame, and for what its worth, the chances of Donald actually reading his son’s book are about the same as Don Jr. having actually written it himself. Ring of Fire’s Farron Cousins explains what’s happening.

*This transcript was generated by a third-party transcription software company, so please excuse any typos.
Donald Trump and Donald Trump jr love to tell the American public that Joe and Hunter Biden were self-dealing while Joe Biden was president of the United States. After all, they say that’s how Hunter Biden got on the board of this gas company over in the Ukraine. That’s why he got paid $50,000 a month because they were self-dealing, you know, cashing in on their name using their positions to make their family members rich. Donald Trump and Donald Trump jr have repeatedly made these claims over the past few weeks while trying to, uh, you know, misdirect the public about the impeachment inquiry. But here’s the truth, Donald Trump and Donald Trump jr are guilty of everything they’re accusing Joe and Hunter Biden of doing. Earlier this week, Donald Trump tweeted out the following, he said, my son at Donald J. Trump jr is coming out with a new book triggered how the left thrives on hate and wants to silence us available tomorrow, November 5th. Great new book that I highly recommend for all to read. So he is using his position as president of the United States. Speaking to is 66 and a half million followers on Twitter telling them, go buy my son’s book. How is that any different from what you’re accusing Joe and Hunter Biden of doing Donald J. Trump jr is going to make more than $50,000 a month in the first few months of this book released because there’s a lot of maga folk out there who are going to purchase this piece of crap and for Donald Trump to go out there and say, Oh, read this. It’s a great book. Yeah, there is about a good of a chance of you actually having read the book as there is of junior having written it himself. I don’t believe either one of those things happened, but nonetheless, this administration, everything they do is projection. Joe and Hunter Biden are corrupt because they’re using his name to get rich. That’s exactly what your family has done since before you were even born jr your daddy did it. Now you’re doing it and eventually your own kids are going to do it because I’m assuming you’re raising them just like you were raised to be a horrible human being. Sorry, not trying to go after people’s kids here, but we’ve seen what that family tree looks like and it’s rotten from the inside out. Let’s be honest about that. Hunter Biden has not ever been accused of a crime with regards to his taking the position in the Ukraine, not once. There’s not been any indication that he did anything illegal with this. Nothing, and I’m not a fan of the Bidens, but we have to be perfectly honest about what is happening here. Joe Biden, on the other hand, perhaps there was a bit of a quid pro quo because he said, we’re going to withhold aid if you don’t fire this prosecutor. He’s on tape admitting it. Right? You can’t deny that either. However, you also did have the entire global community begging Ukraine to fire this prosecutor because they were not aggressively going after corruption enough. Meanwhile, you have very real investigations taking place into Donald Trump and Donald Trump jr and also Eric and Ivanka up in New York, potential tax fraud, charity fraud, all other kinds of fraud that these people still have not escaped in these investigations folks. Those are very real. And for those people on Twitter pointing out that, Oh, Donald Trump likely committed a crime by doing this, he actually didn’t. The president, in most instances, is actually immune from that law that prevents, uh, the employees in the West wing of going out there and promoting a book or product or anything like that. President doesn’t have to follow those. So president is immune. This was not a law breaking thing, but it is a hypocritical thing. And it once again proves that everything this administration does or says about another human being is always projection.