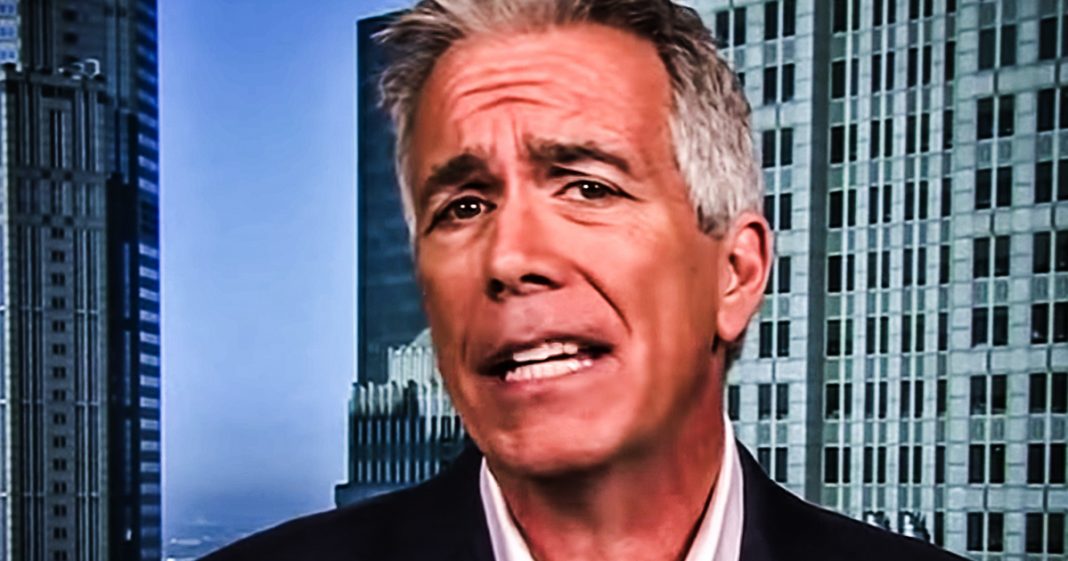 Former Congressman Joe Walsh told CNN that Fox News is absolutely lying to the public about the impeachment inquiry. Walsh, an allegedly reformed Tea Partier, says that the network is damaging the public discourse on the issue of impeachment by constantly lying about what’s actually happening. Ring of Fire’s Farron Cousins explains how Walsh is correct, and how the conservative media is about to hit new levels of crazy given the new impeachment info that has come out this week.

*This transcript was generated by a third-party transcription software company, so please excuse any typos.
Former Republican representative Joe Walsh, who was a avid tea partier back when he came into Congress, who has now seen the error of his ways allegedly. And he’s primary Donald Trump in 2020 but nonetheless, Mr. Walsh told CNN just a few days ago, that outlets like Fox news and pretty much every other conservative media outlet out there are absolutely lying to the American public about the impeachment proceedings against Donald Trump. Joe Walsh is correct about this. Fox news and all these other conservative outlets are out there lying about what’s actually happening. They’re lying about the testimony. They’re lying about the fact that quid pro quo probably isn’t a crime at all. It is a crime. We have lots of evidence that the president did it. We now have lots of testimony telling us that the president did it, and yet these media outlets want to act like it’s some kind of deep state coup orchestrated by the Democrats to oust the president of the United States. Now, Walsh has admitted that he does in fact support impeachment. But again, he’s a little dismayed about the fact that when you talk to people who watch Fox news or listen to conservative radio, they don’t support it because they don’t think the president did anything wrong. Here’s a quote, uh, from his CNN appearance the other day. The vast majority of the American people understand that when it comes to Ukraine, Trump did something wrong. But those people who listen to the opinion shows on Fox and those people who listened to my former world conservative talk radio have no clue because they’re being told every day he’s done nothing wrong. It’s dangerous. Walsh added. Now before we start thinking of Joe Walsh has some kind of Republican hero who’s turning on Donald Trump. Let’s not forget that. Just a few weeks ago, Walsh came out and said, listen, I support the policies of this president. Absolutely. I liked the things that he’s done. I just don’t like him personally. So Walsh is essentially not that different from Donald Trump. Same horrible policies just wrapped up in a more presentable package. And that’s not okay folks. That’s the thing, like, yeah, he’s right about Fox news lying. He’s right about conservative radio lying and all these conservative websites. They are lying about impeachment, but Joe Wall still supports all the things that president Trump has done. He supports his immigration stance. He supports the tax cuts for the wealthy. He supports trying to repeal the affordable care act and kick millions of people off their insurance because they have preexisting conditions. He’s okay with all of that stuff. He just doesn’t like who Donald Trump is. Personally. Joe Walsh stands no chance whatsoever in any of these primaries against Donald Trump, or at least the ones where he’s even allowed to be on the ballot because a lot of States had said, no, we’re not going to do that. We’re not going to have any kind of Republican. Primary trumps the incumbent deal with it. So Walsh has a 0% chance of securing this nomination, even if Donald Trump were to be impeached and removed from office before the first primary begins. That’s how bad Joe Walsh and all these other Republican challengers are doing right now, but much like a blind squirrel, he did find a nut here, and he is right that, yeah, Fox news is poisoning the well of public discourse, but at the same time, that is exactly what we would expect from this state run propaganda outlet that at this point only serves to run defense for Donald Trump.