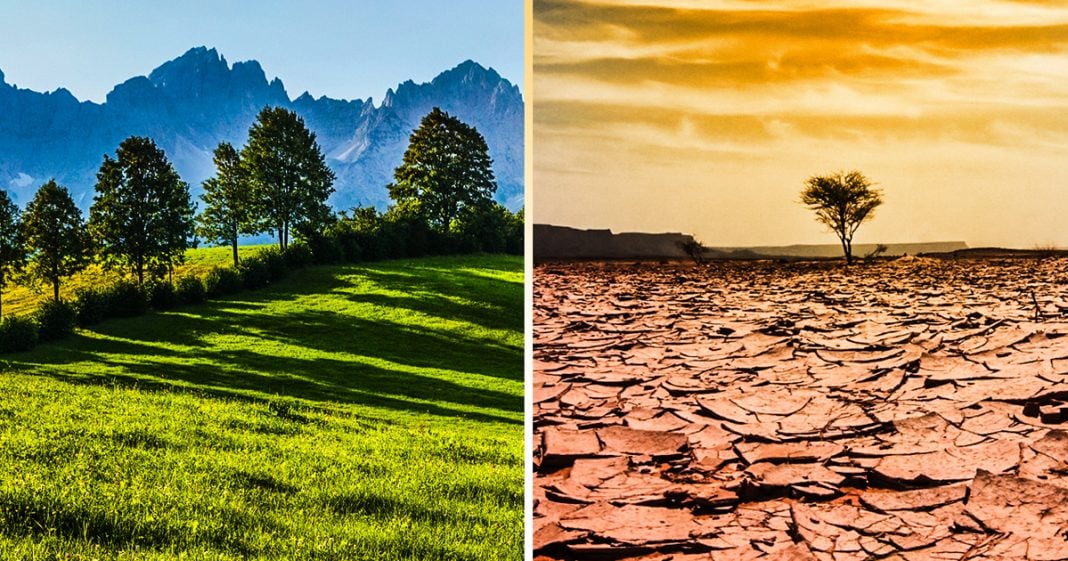 The Trump administration informed the United Nations this week that the U.S. was officially pulling out of the Paris Climate Agreement, and that the move would be finalized the day after next year’s presidential election. This administration has done everything possible to destroy the environment, and this move is just the latest attempt to undo the presidency of Barack Obama. Ring of Fire’s Farron Cousins discusses this.

*This transcript was generated by a third-party transcription software company, so please excuse any typos.
Well, good news for everybody who hates the environment. As the Trump administration told the United nations yesterday that we are officially withdrawing from the Paris climate agreement. This process is going to take roughly one year, but we will have it wrapped up and we’ll be officially out of the Paris climate agreement on November 4th, 2020 which also happens to be the very day after the 2020 presidential election. Now, the reason that the Trump administration, according to secretary of state, Mike Pompeo, the reason they want to get out of this agreement, which is 100% non binding by the way, because that’s an important thing you need to know, um, is because it’s too burdensome. You know, we can’t have businesses do this is costing us a lot of money. We’re trying to do all of this and Oh my God, it’s just Ugh. And it’s not binding though. And they weren’t doing anything to begin with. They weren’t doing these things Pompeo said, we’re too burdensome. We already weren’t doing it, but apparently doing it even though we didn’t technically even have to do it because again, non-binding even that was too much for this administration. Pompeo also claimed that the United States, Hey, our air is getting better by the day, which is flat out lie. It is a flat out lie. There is no truth to that whatsoever. In fact, emissions under the Trump administration have actually increased and ABC news actually did a wonderful job of pointing out all of the regulations to protect the environment that the Trump administration has rolled back. And here they are. The white house has slashed regulations on methane and greenhouse gas emissions, coal power plants, offshore drilling, fracking, fuel efficiency standards, oil pipelines, habitat protection, logging, endangered species, clean water and light bulbs among many others. So this is not just a, Oh well this one little thing you wanted us to do to make the world a better place and maybe stave off catastrophic climate change as just too much. No, that’s not what it is. This is a systemic attack on the environment coming from the Trump administration, partly because they want to do every undo everything Obama did, but that’s a small part of it. We know Donald Trump hates Obama. He hates his legacy. He wants to undo it. He truly does, but the biggest part is that they want to give corporations a big gift. That’s what this is. This isn’t about protecting American consumers and saying, Oh, we’re paying higher prices. That’s not true at all. What this is is preventing corporations from having to pay a tiny sliver of their profits to reduce their emissions, to not dump toxins into our waterway, to not spew them into the atmosphere, that’s what this is about. You save a corporation, just a tiny bit of money in the hopes that they will eventually turn around and gift that money that they saved back to your campaign. That’s what this is. That’s what this is about. Meanwhile, close to 1400 people are dying prematurely every single year as a result of just the regulations that this administration rolled back, so 1400 people a year prematurely put in a grave corporation. Save a little bit of money just so Republicans might have a chance of getting that money put into their campaigns. If you’re the family member of one of those 1400 people who die prematurely every year because of this administration’s environmental decisions. I want you to know that fact. I want you to know that your dead family members life, Was only worth a couple hundred dollars to Republican politicians. I’d remember that for the rest of your life because that is what the Republican party stands for.