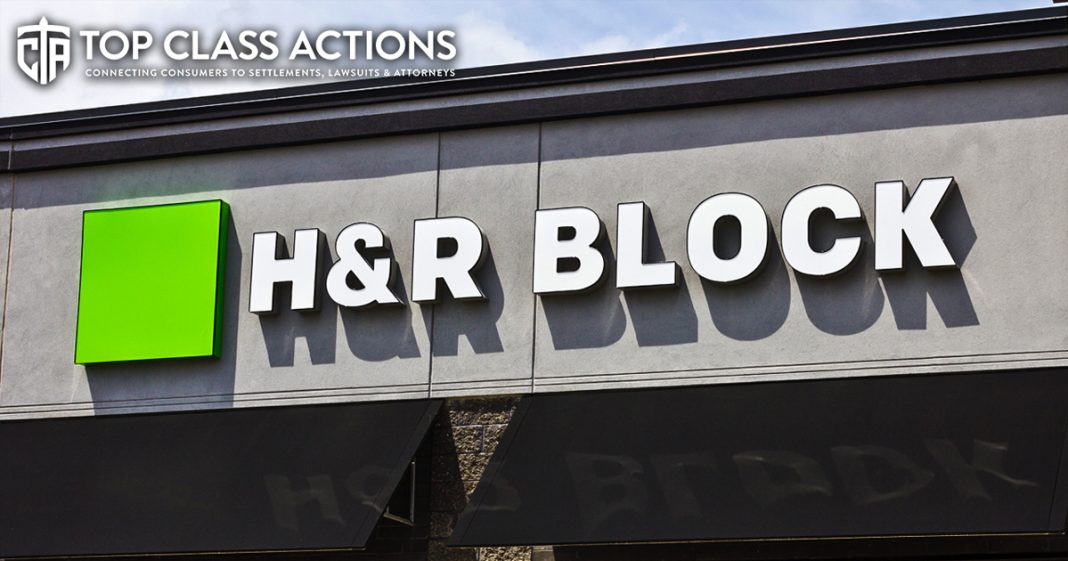 A class action lawsuit has been filed against H&R Block by a customer who alleges that the company redirects low-income taxpayers who are entitled to a free tax program to their fee-based tax filing products. Plaintiff Aaricka Swanson says she paid for H&R Block’s online tax filing software in order to file her tax returns, despite the fact that she was qualified for the IRS Free File Program. The plaintiff states that she was charged $64.94 to file her taxes though H&R Block’s software. Ring of Fire’s Farron Cousins discusses this with Scott Hardy, President of Top Class Actions.

Farron Cousins:                  Most Americans may not know that they’re actually entitled to file their taxes for free. And the reason we don’t know about that is because every, probably mid January we start seeing all those commercials again, H&R Block, TurboTax, Jackson Hewitt, everybody wants to help you with your taxes for a small fee of course. But the truth is most people are entitled to use those companies without actually having to pay a fee, it’s just that those companies aren’t telling you that. Joining me now to explain what’s happening is Scott Hardy with Top Class Actions. Scott, you and I in the past and talked about TurboTax not letting consumers know that they didn’t always have to pay because they qualified for free filing, and now we’ve got H&R Block being accused of the same thing in a new class action lawsuit.

Scott Hardy:                          Exactly. You know, all the big tax preparers freaked out when a few years ago the U S treasury said, hey, we want to make it easier for our low income, you know, 10-40 easy filers to file their taxes. We’re going to develop online software so the average American can just go online and file their taxes and submit their W2s for free. Well, of course, TurboTax, H&R Block, and the rest of these folks that make millions and millions and millions of dollars a year working with these folks said, no, no, no, no, no, don’t do that. Just we’ll, we’ll do it for the government because this is what we do and you don’t have to worry about it, Federal government. We’ll do it for free. We’re good people. We’re here for American. No worries.

But of course, didn’t happen that way. You know, they, they aren’t pushing it. They’re not allowing or they’re not actively showing folks, like TurboTax had the link actually taken off of their website and hidden to be able to file for free. And then they got caught while in this case, H&R Block, you know, there’s constant upsells. But what they agreed to do was for the 70% of US taxpayers, they were supposed to allow them to file for free and that’s just not happening, which is why this class action was filed.

Farron Cousins:                  And that’s, you know, that that number, you just put out 70%, 70% of taxpayers here in the United States should qualify for this free filing. And it’s because most people in this country just make a standard wage. Your, your, your boss, the HR department, whatever it is, they take the taxes out for you, you know, so you get your W2 at the end of the year, you plug in that information, you know, the 18 lines or whatever it is, you click submit, you’re done. That’s it. That’s all you have to do for a lot of people in this country. Most people just take a standard deduction. They don’t need to go through and itemize and all that other, you know, tax jargon stuff. Most of us, doesn’t apply to us whatsoever. We should be able to do it for free. But I’ve been using H&R Block for 20 years and yes, you’re, you’re right.

Every time you do something like, well, hey, you know, if you give us an extra 10 bucks, we can give you like super ultra awesome audit protection just in case. Oh do you want to talk to somebody? We’re going to, that’s another 20 bucks or you can upgrade to this package that has the audit protection and you get to talk to somebody for a couple of minutes. You should really do this. Don’t, don’t get audited. And they do, they use fear to push you into this. But never once have they ever let me know that, oh hey, you don’t owe us anything. And that to me is, is infuriating because this was a company that I’ve been trusting for, for again, two decades. Only to find out later on that, wow, I’ve lost a lot of money because of this and I am very unhappy now.

Scott Hardy:                          Exactly, a lot of consumers are and exactly are in that same boat because they’ve trusted H&R Block. They’ve, they’ve, they’ve tried to do it themselves online and now they’re finding out that, you know, these deals were made with the US government. So it should be free. You know, if you make less than $66,000 or less a year, you shouldn’t be paying anybody to file your taxes. It should absolutely be free. And if you did pay somebody to file your taxes, whether it’s H&R Block or Intuit or TurboTax or whatever, somebody else, hopefully will be covered by one of the class actions that’s currently out there. So you want to be kept in the loop and then you’re going to want to find out, do some more Googling. We’ll make sure that we update our links with some, with the free way to file. But you’ve got to do the digging and spend a few minutes to save some bucks so you don’t get charged to file your taxes every year.

Farron Cousins:                  Absolutely. So everyone please follow the link in the description of this video and as Scott just pointed out, it’s going to be updated. So this may be one you want to bookmark it, maybe keep it in a document safe so you can come back to it. I know I’m going to do that because I have absolutely had to pay when in fact I should not have had to pay. So Scott, as always, thank you for everything that you and everyone over there at Top Class Actions. Thanks for all that you do and it’s always a pleasure talking to you. Thank you very much.