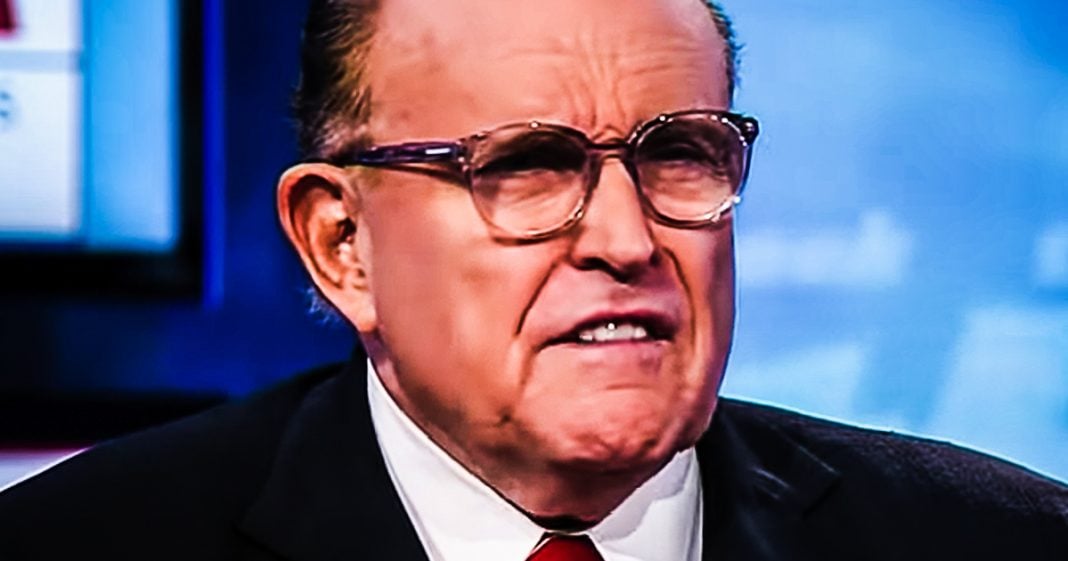 Lev Parnas, one of the two Ukrainian-American businessmen who were recently arrested on an array of charges, has now said that he will cooperate with the impeachment probe. Rudy Giuliani is good friends with Parnas, and Parnas could be facing a lengthy prison sentence, so his cooperation could be the final nail in the Trump administration’s coffin. Ring of Fire’s Farron Cousins discusses this.

*This transcript was generated by a third-party transcription software company, so please excuse any typos.
Love Parnass. One of the, a Ukrainian American businessman who was an associate of Rudy Giuliani and was indicted a little over a month ago, originally had told house Democrats that he would not be participating or cooperating in any way in their impeachment pro. And back then he said that through his attorney, John Dowd, well, John Dowd is no longer Love Parnassus attorney. And yesterday his new attorney said, Oh, I’ve talked to my client and we are fully ready to comply with this impeachment investigation. See originally uh Parnases lawyer, Dowd had said that no, because your request for documents is too big. It’s too broad. It’s too sweeping. We’re not going to do this. Oh, Parnass decided to get rid of doubt maybe because he realized that that was a really stupid thing to say and he’s fighting these criminal charges that helping with another investigation could get lessened. So he hired a new lawyer. The new lawyer comes out yesterday and says, yes, my client, mr Parnass is going to be cooperating with the house Democrats. We will turn over documents, we will go and give testimony, we will do whatever it takes, whatever they need, because we’re going to be good cooperative little witnesses here. And that is exactly if you’re a defense lawyer, what you want your client to do. Here’s the thing, what mr Parnass in his other associates have been arrested for indicted for is not related in any way to the impeachment hearing. So let’s make that perfectly clear. This man has not been implicated or accused of any wrongdoing with regards to the impeachment hearing. He has, however, been linked to Rudy Giuliani and is believed to have been one of the men along with his other associates who was also arrested, uh, who was helping Giuliani to manufacturer or as they call it, dig up dirt on Joe Biden. So he is involved in that regard and we’ve seen the video. Heck, we’ve shown the video of Giuliani drunkenly hanging out with these two men. He knows them, they’re his friends and they know a lot about him and what he wanted them to do and at whose orders they were doing it for. So this testimony, the documents he turns over, this is gonna be big. This is going to be something that could easily directly implicate the president, or at the very least, will definitely implicate Rudy Giuliani. And that’s not going to work out so well for the president because let’s not forget that Rudy Giuliani is still his attorney. Giuliani is still the guy that has to defend him in all of this, and now we’re about to get a witness for the Democrats that could easily implicate the president’s lawyer as well. Not exactly the kind of credibility hit you want when you’re trying to protect the president of the United States from being removed from office.