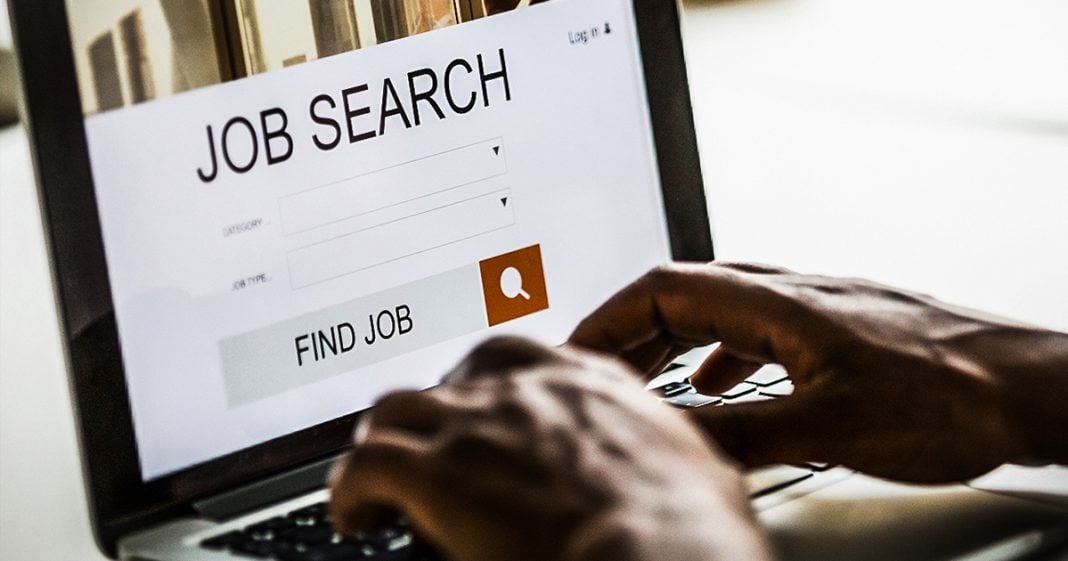 The new jobs report for October offered some grim news for the economy, with only 128,000 new jobs created, even as we enter the holiday season which usually sees an uptick in jobs created. But the President decided he didn’t like those numbers, so he literally made up a new number and tweeted it out to the public. Ring of Fire’s Farron Cousins explains why Trump is so desperate to convince the public that the economy is doing well, even though we can see that it isn’t.

*This transcript was generated by a third-party transcription software company, so please excuse any typos.
On Friday, the labor department released the October job numbers 128,000 jobs created in the month of October, which even though was pretty weak, was still better technically than what economists had predicted. They had predicted about 85,000 but instead we got 128,000 which again, still pretty low, but better than what was expected. But for Donald Trump, that 128,000 wasn’t good enough. So Donald Trump took to Twitter and he claimed the following. He said, wow, a blowout jobs number just out adjusted for revisions and the general motors strike 303,000 this is far greater than expectations. USA rocks 303,000 jobs according to the president, when his own government says it was 128,000 now here’s the thing. The white house came out and said, Oh no, no, it’s because he added in like 20,000 the general motors jobs and then 8,000 other jobs. Okay. That would then bring the number to 156,000 not 303,000 so the man literally pulled this number out of thin air, tweeted it out and just said, well then I’m done for the day. There’s a number. Sure, why not? I’ll make it higher. Why not half a million jobs? Why not 20 million jobs? Trump, if you’re making stuff up, man, just go for the gold, right? This guy is nuts. We can see the jobs reports, we can see the estimates. We know it’s not that great. Especially considering the fact we’re coming up on the holiday shopping season. Temporary seasonal workers tend to start getting hired in October and yet those numbers still weren’t that good. There is a reason why the president continues to push fake numbers and to lie to us about the economy cause that’s the only thing he has heading into 2020 in this upcoming election. The only thing the president could claim is that the economy is not at this very second in the toilet. Now economists are telling us we’re, we’re headed to the toilet right now. We’re like already two steps into the bathroom about to go into the toilet at the moment. But if that recession that everybody is predicting doesn’t hit prior to the 2020 election than Trump is, okay, he can claim the economy’s doing well and he’ll take all the credit for it. But when we get these bad jobs numbers, he’s 128,000 president freaks out. So he comes out, he lies about it. Even though we can all independently verify that this man is not telling the truth. And at this point we should always just to be on the safe side, assume that this man is not telling the truth because all he knows how to do is lie.