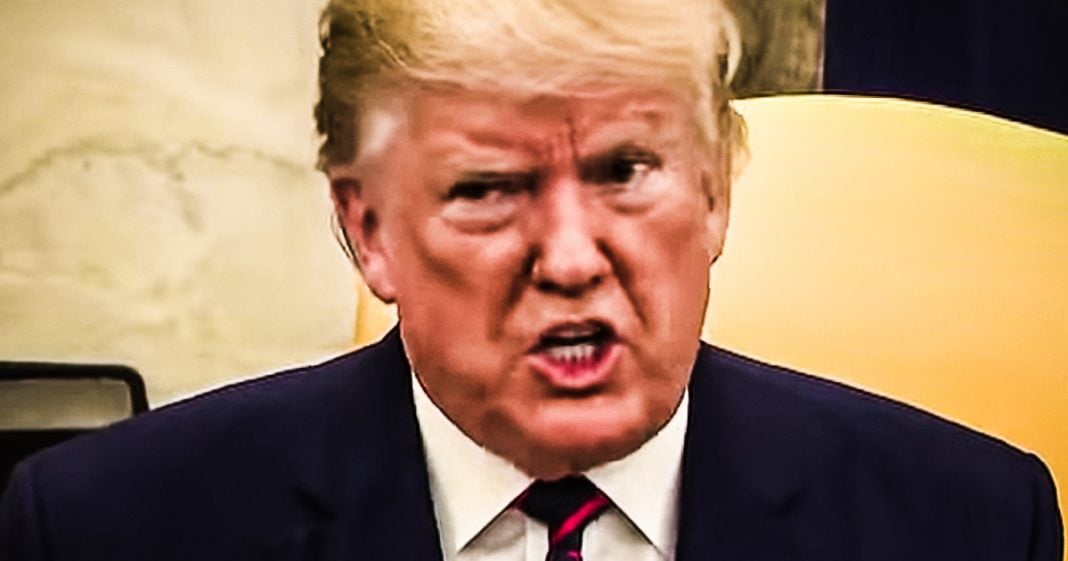 Lawyers for the Ukraine phone call whistleblower say that they have received multiple death threats from hardcore Trump supporters against their client. This is exactly what the President has been hoping for, and this is why he continues to publicly trash the whistleblower, hoping one of his hardcore fans will follow through on their disgusting promises. Ring of Fire’s Farron Cousins explains what’s happening.

*This transcript was generated by a third-party transcription software company, so please excuse any typos.
According to a new report in the wall street journal this week, the lawyers for the whistleblower who, uh, contacted, uh, their officials in the Trump administration alarmed about what they heard on that Ukraine phone call from everyone else. The lawyers for this whistleblower has said that this whistleblower along with themselves has now been receiving multiple death threats, which are obviously coming from the hardcore Trump supporters who believe this is some kind of deep state cue. And this is exactly what Donald Trump and all of the other Republicans wanted to happen. Now, so far, only one of these death threats that have been received has actually been investigated according to the wall street journal or a journal report. And they have all been deemed at this point to be not credible. But here’s the thing, Donald Trump has repeatedly just in the last week and of course many times prior to that, just randomly tweets out, where’s the whistleblower? Where is the whistleblower? He says that in his rallies now because he wants the focus to be on this one single person, he wants to get his base riled up against this one single person. And he wants them to send these death threats. But more than that, I personally believe he wants them to follow through with it. He wants this person to be punished by his supporters and that’s why he keeps doing that. That’s why his sole focus is on that instead of the fact that so far all the testimony that we know about from the closed door impeachment proceedings as further implicated Donald Trump and corroborated the whistleblower story, the whistleblower is no longer relevant at this point. Folks, we already have other testimony from people closer to the situation than the whistle blower who have corroborated it and apparently told to Congress things that are even worse. So the whistleblower is old news. The whistleblower is irrelevant and the whistle blower is not as important as they had originally seemed to be. Yes, they were able to launch this whole thing and we should forever be grateful for that. But Donald Trump wants us to stay focused on this person and more importantly wants his base to stay focused on this person. That’s why we have Republicans out there, and to be sadly honest, even some folks on the left who are spreading some kind of conspiracy theory that this is a deep state coup from the intelligence agencies trying to take down the president. That’s not what this is. And that kind of language, that rhetoric itself is what leads to death, threats against these people. You know, you may think it’s harmless to go out there and spread one of these conspiracy theories or openly say that this is a real possibility. There’s crazy people in this country, people who are not mentally well, people who take that as a dog whistle to go do something horrible, and that’s where these death threats are coming from. Should we be careful about the words you use to describe this? Because not only are they inaccurate, but there’s too many people in this country willing to take that as some kind of coded order to go pick up a weapon and do something to end someone’s life.