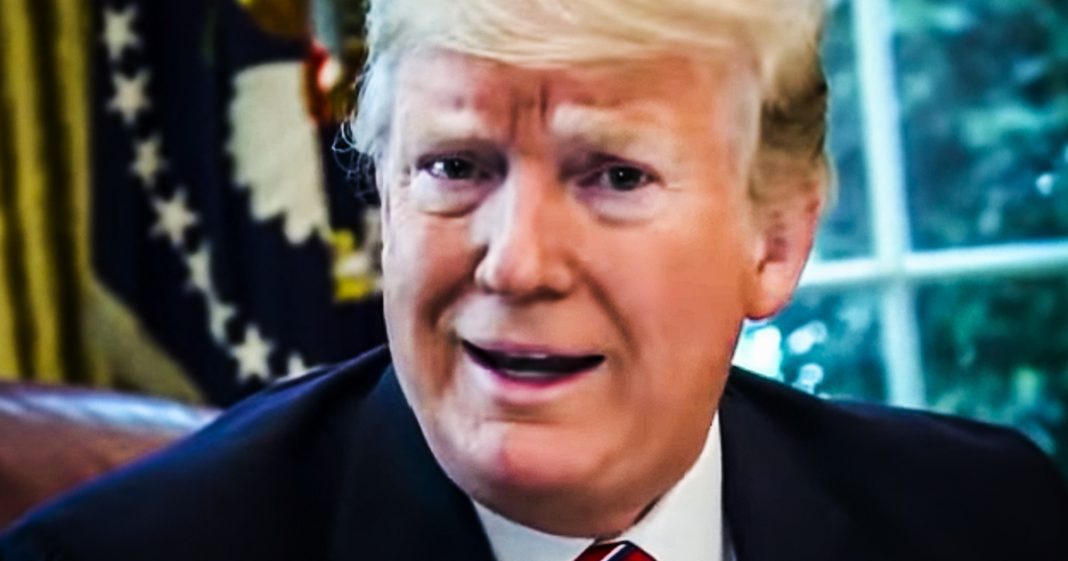 It all started with Gordon Sondland having to change his testimony in order to avoid perjury charges, and ended with a decorated military veteran saying that Trump had his people edit the Ukraine call transcript to remove references to Joe and Hunter Biden. With everything else that happened in between, it became clear that things aren’t going the way that Trump wants them to at all, and things are about to get so much worse. Ring of Fire’s Farron Cousins discusses this.

*This transcript was generated by a third-party transcription software company, so please excuse any typos.
So Donald Trump’s had a really, really bad week, uh, in terms of the impeachment proceedings going on in the house of representatives. Now. It all began on Monday when, uh, ambassador Sawn Linde had to come back and, you know, make some changes to his testimony because he was being threatened with charges of perjury because he lied. So Sawn Linde had to come back and say, you know what? Yeah, I wasn’t completely honest. I know I made Trump sound great and my testimony, uh, truth is he wasn’t the bad things that you think happened did happen. So that was a very bad day for Trump. And that’s how the week started off. And that’s why we saw him throughout the week continuously attacking the impeachment hearing, attacking the Democrats, running that ad during the final game of the world series, trying to get the public to believe that he is the victim in all of this. And then things just continued to get worse throughout the week. Then you had Lieutenant Colonel Alexander Vineland who Republicans spent the first half of this week trashing, even though he’s a decorated war hero, won a purple heart. The kind of guy that Republicans would love to prop up during their campaigns if he supported them, but now that he’s out there saying, yeah, Donald Trump edited or had his people edit the transcript of the call to take out parts about Hunter Biden, Joe Biden, and a barista energy, which is what Vineland testified to. Then yeah, Republicans suddenly look very bad, not just because they trashed the guy, but because their narrative is quickly falling apart and then as they often do for this white house, things continued to get worse. As the week progressed, Democrats voted, formalize the impeachment process, laid out how things are going to work, so it took away the Republican talking point that this whole thing is, as Matt Gates described it, a kangaroo court from captain kangaroo, which never was a thing that was related, but also folks, Michael, excuse me, John Bolton will be testifying in the coming weeks. Michael Bolton, he’s probably not going to be testifying. I don’t think he knows anything about this. You had other witnesses who have come forward and said, I’m willing to come and testify and I’m willing to do it publicly. And things suddenly are piling up for the president of the United States. They’re not looking good. The poll numbers are getting worse for him. John Bolton is the guy that knows a lot more. This is one of the reasons he decided he’d had enough from this administration. He’s angry and he’s going to testify and he’s probably gonna have to testify publicly. Yeah. This is going to get so much worse for the president. And I am so here for that. You know, I don’t ever want it to really just become personal. I do respect the rule of law and want the laws to be upheld. And if the broke the law, let’s go through the legal procedure to yada yada. But at the same time, I’m kinda sick of him. I’m angry. I’m mad. And I do take it personally. And I do want to see him go down part of me just because it seems like a fun thing to watch happen having nothing to do with the rule of law. So yeah, I’ll, I’ll, I’ll admit a little bit of this is personal. And I know most people watching this feel the same way. We’re tired of the maga hat, whereas on Twitter out there saying like, you tired of winning yet, Oh, we’re going to win in 2024 and then we’re going to have the, uh, Donny jr run and then Eric run than Barron run than Ivanka run. We’re just going to have Trump’s for president for the rest of history. Yeah. You know what your part of the reason why I do want this to happen so bad because I am sick and tired of you folks, your unearned arrogance, your poor grammar, all of it. Maybe it’ll take at least a little bit of a hit when we finally get to impeach the moron in the white house.