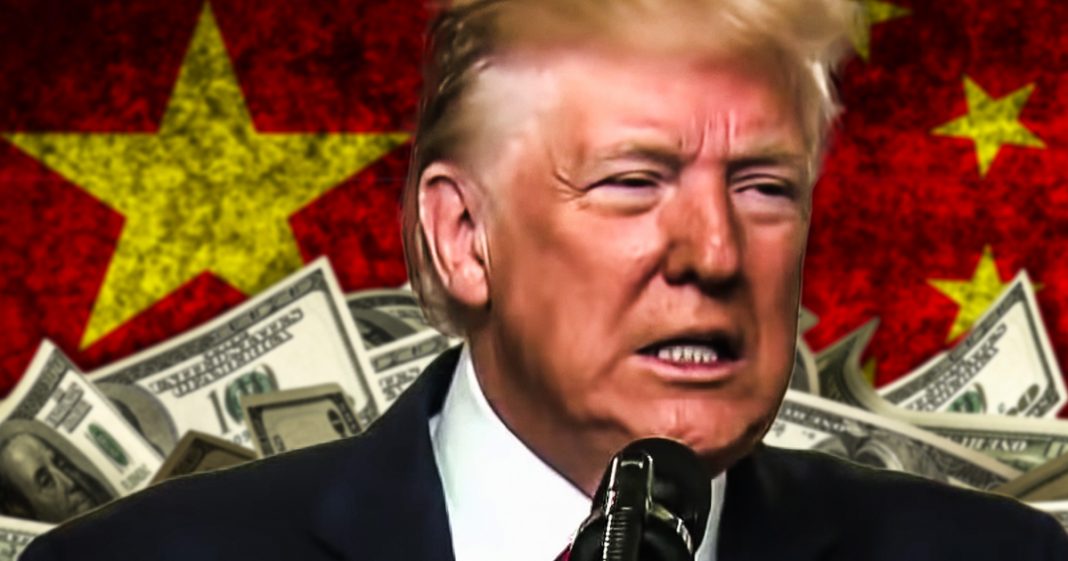 New hiring at American businesses has hit a 7-year low, thanks mostly to Donald Trump’s trade wars. Economists are warning us that economic growth is slowing to a crawl, and then next step will be a reversal of the economic gains made in the past decade. This means recession, all while Donald Trump is whistling past the graveyard. Ring of Fire’s Farron Cousins explains what’s happening.

*This transcript was generated by a third-party transcription software company, so please excuse any typos.
Well folks, here’s some horrible news. According to a new report by the national association of business economists hiring in the United States has hit a seven year low for the third quarter of 2019 a seven year low meaning we have not seen hiring numbers this bad since 2012 and these business economists all say the same thing. The reason hiring is slowing and the overall economy is slowing. is mainly do not 100% but mainly due to Donald Trump’s trade war with China and the little miniature trade wars he’s starting with other countries, including countries in Europe that has created a sense of uncertainty among businesses here in the United States, both the big and small. They don’t know what’s going to happen next month. They don’t know what this moron in the white house is going to tweet out any given second. Maybe he’s going to tweet out an escalation of the trade war. He’s done it before. It catches everybody off guard blindsides them. Since the stock market tumbling and businesses are panicked right now, they are freaking out as our economists because they see the writing on the wall that Donald Trump refuses to read and that is growth is slowing. Hiring is slowing. We’re always having to go back and revise job numbers and and growth numbers back downward. And we’re headed towards a recession and Donald Trump’s policies, the policies he enacted by himself are making it so much worse and bringing it on so much faster. See, here’s the problem. This economy, the way we have it set up right now was always designed to fail because ever since the 1980s we started putting all the money in the hands of the top 1%, all the money in the hands of the big conglomerates and none of it has been going to the American workers. So the slightest, slightest little upset in any of the daily lives of these American citizens sends them spiraling into a horrible economic situation. And when you multiply that by millions of workers, that’s when you get the recession. People can’t survive things like the loss of a job or sudden emergency surgery. Heck, the way the numbers are right now, they can’t even survive something like getting a flat tire and having to buy a new one. And I’m not exaggerating on that. and when you multiply that again by a couple million workers who suddenly don’t have the money to spend either because they lost their job or because it all has to go to a hospital or a mechanic that helps shrink the economy cause that’s less money going to other things. Going to a fast food restaurant, going out to lunch on your lunch break at work, buying knickknacks and stuff for your kids. That all seems silly and stupid, I’m sure. But those little bitty purchases, those little things help drive the economy. And when you take millions of those out of the equation, that’s hundreds of millions of dollars that dries up. When the money dries up, hiring slows down. Now you add into that Donald Trump’s trade Wars with the cost of goods going up both in the manufacturing process and in the final product for American consumers. Suddenly they can’t afford it so they don’t buy it. So you hire fewer people. The next step after hiring fewer people is to start laying people off and that’s when things are going to accelerate and that is when we’re going to hit the full blown recession. And that’s not me saying that. That is what any economist worth their salt has been telling us for the last 10 months.