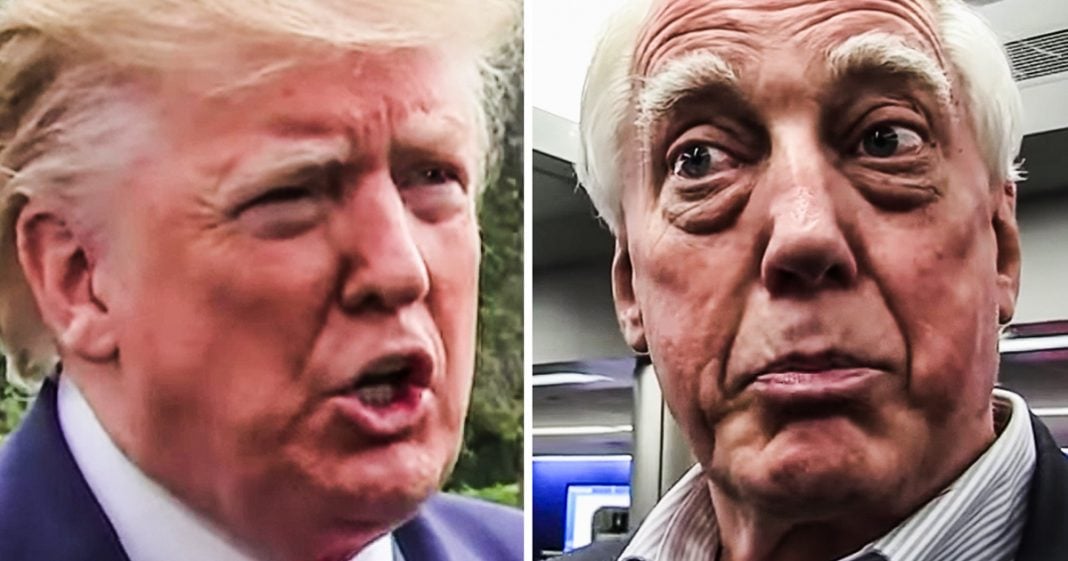 Robert Trump, Donald Trump’s little-noticed brother, received a gift from his older brother last week after a company that he has a financial stake in was awarded a $33 million federal contract to provide security at courthouses. Typically, this job has been done by local police officers or federal agents, but this will now be outsourced to enrich the Trump family. Ring of Fire’s Farron Cousins discusses this.

For those of you who may not be familiar with the Trump family tree, as I apparently was not Donald Trump actually hasn’t brother. He has a brother by the name of Robert Trump. And Robert Trump, uh, is the president of a group called Trump management, which is also listed on Donald Trump’s financial disclosure form. Now the reason that is important, even though it’s not technically part of this story, is that it shows that the president and his brother Robert Trump are in business together. And Robert Trump is also a heavy investor in a company called Serta path. Now, Serita path provides private security for federal courthouses in the United States. And recently the Trump administration awarded Serita path. And by extension, Robert Trump, a $33 million federal contract to provide security services at courthouses. $33 million from Donald Trump’s administration to Robert Trump’s company.

And now there are at least two different lawsuits against the federal government for enriching the Trump family by giving this $33 million contract to little Robbie Trump from Donnie Trump. So here’s the thing, folks. Typically here in the United States, in terms of security at courthouses, that role is fulfilled by local police officers or us marshals or in some bigger case with higher profile clients by groups like the FBI, they will go in and provide security. But the Trump administration wants to change all that. Let’s prioritize everything. Republicans tell us, privatized, privatized, privatized, uh, private sector can do it much better than the federal government ever could, which is the biggest lie the Republicans have ever sold the country other than trickle-down economics. But this story is obviously particularly disgusting because this administration came from the Trump administration or this contract, excuse me, came from the Trump administration and it’s going straight to Trump’s brother.

He may not be the president of that company. He may not be the owner of that company. But as an investor, he gets a share of that $33 million. And as I mentioned at the beginning, considering the fact that he is the president of Trump management company, which is a company that Donald Trump also profits from, these two are in cahoots. So I’m glad that other bitters on this project are suing the federal government over this. This is the kind of thing that needs to be fleshed out a little bit more, right? We need to understand why the president’s brother is going to be receiving millions of dollars to provide security at courthouses across the United States. And hopefully during this process, we’ll also find out why we’re starting to prioritize security at courthouses all across this United States. That’s not something that needed to be done. It’s not something that was a problem the way it had been running, but instead, like so many other issues, we’re going to go with a private company. We are going to pay a heck of a lot more money. And in this particular instance, that money is going to go to the president’s little brother.