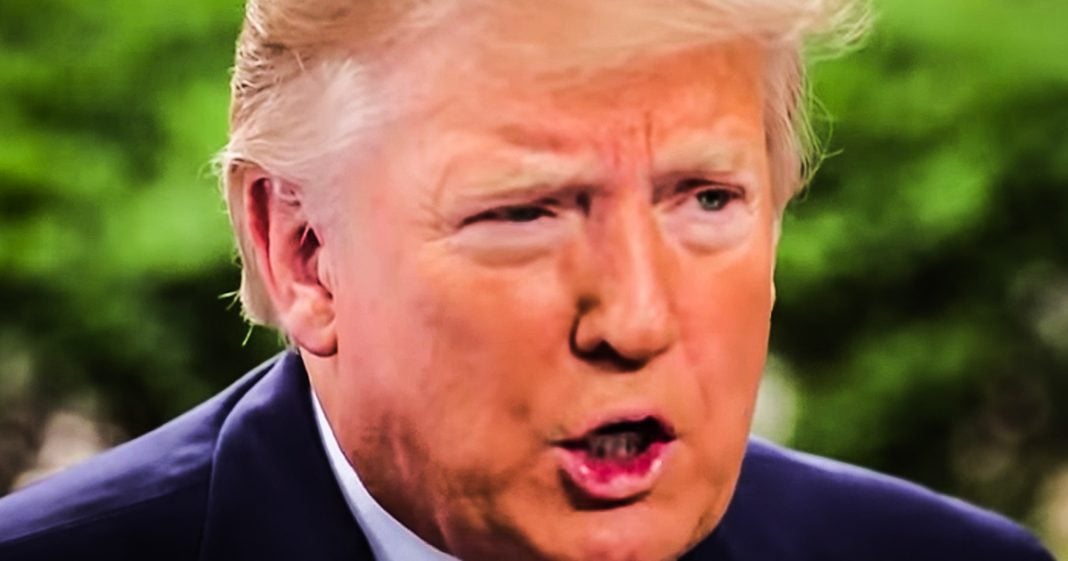 Donald Trump still thinks that he can buy (bribe) his way out of any bad situation, and that’s exactly how he’s approaching impeachment. Reports say that Trump is now offering Republicans the chance to have him come to a rally with them in their states, and he’ll even split fundraising efforts with them if they agree. He’s trying to buy their loyalty as impeachment gets closer, as Ring of Fire’s Farron Cousins explains.

*This transcript was generated by a third-party transcription software company, so please excuse any typos.
Donald Trump has a nasty habit of being a horrible human being to any one, including Republicans who, uh, criticize anything that he does. And I think he’s starting to realize that, Oh, I’m going to need those Senate Republicans when the impeachment trial moves over there. And so this week his campaign came up with a new idea. If you can’t win them over with kindness and not committing crimes, win them over with cash. The Trump campaign sent out an email earlier this week with the subject line, which hunt and then asked their supporters to make a contribution, which would be split between Donald Trump and other Republicans in the Senate who are facing very tough reelection bids. And that includes people like Cory Gardner, Joni Ernst and Thom Tillis, the Republicans, well, specifically the Trump administration believes that they can buy the loyalty of people by giving them just a little bit of cash. And what this shows, one is that Donald Trump is clearly desperate, but two, he’s doing what he’s always done for his entire life. This guy has been able to buy his way out of any trouble he’s ever gotten himself into. It all comes down to money with him. It’s always about the money. And now he thinks that he can pay these people off, raise a little bit of cash for them, for their very tough reelection campaigns. And that should be enough to secure their vote in the Senate, to not convict him and remove him from office. And the sad thing is it likely is enough. These Republicans in the Senate have no morals, they have no values, and they are all completely loyal to Donald Trump. He’s just trying to make sure there is no wavering like with Mitt Romney or the occasional Susan Collins, both of whom by the way, will criticize the president, but then gladly vote along with what he wants them to vote for. But Susan Collins and Mitt Romney have so far not been included in any of these fundraising emails because of their criticism of the president in the past. But the administration has said, don’t worry folks, if you’re also uh a struggling Republican, there’s got to be more campaign emails going out. There’s gotta be more fundraisers, there’s gotta be more money coming in. So you two could add your name to the list provided you are loyal to the president of the United States. This is desperation at its finest right here. He knows he is in trouble. He knows impeachment will pass the house. I mean, let’s be honest, even if they didn’t have any evidence, impeachment could still pass the house because the Democrats have the numbers. The Senate is going to be a lot trickier. You’ve got to get at least what, 20- 19 or 20 Republicans to flip in order to be able to convict and remove the president. That is a number that seems, at least right now, completely on attainable, but Donald Trump doesn’t want to see any dissension amongst the ranks of Republicans, and he is going to do everything he can financially to make sure that every Republican votes to save him.