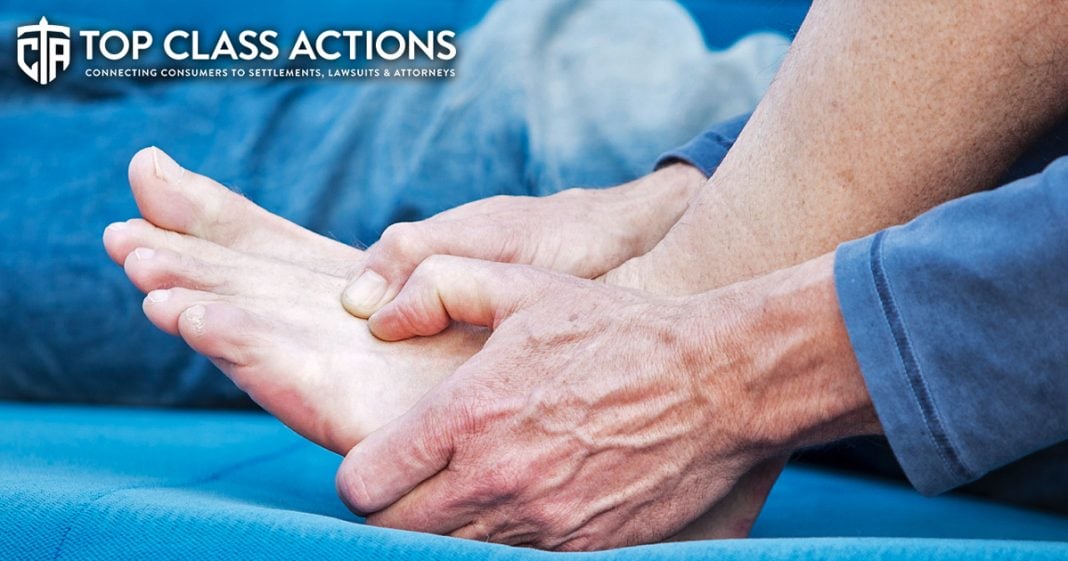 The Food and Drug Administration (FDA) announced in February 2019 that it was requiring a Boxed Warning to be added to the Uloric (febuxostat) prescribing information after a clinical trial showed that Uloric was linked to an increased risk of death and an increased risk of death from all causes. The FDA first issued a safety announcement about this possible risk in late 2017 after a study linked Uloric to an increase in heart-related deaths. The study compared Uloric to allopurinol, another gout medication. Ring of Fire’s Farron Cousins discusses this with Scott Hardy, President of Top Class Actions.

Farron Cousins:                  Anyone who’s ever suffered from gout understands that this is a very painful condition. However, it is not a life threatening condition and that is why new reports from the FDA about a very popular gout medication that could potentially kill consumers is so troubling. Joining me now to talk about this is Scott Hardy with Top Class Actions, and Scott, one of the things that we think of when we talk about these medicines with these deadly side effects is, you know, is there an assumed risk or is the benefit potentially greater than the risk?

So if we were talking about somebody with a, you know, late stage lung cancer and this drug was their only option, but the drug might also kill them, that would be an acceptable risk for the patient. But when you have something like gout and we’re talking about the drug Uloric, this is not a condition that’s going to kill somebody yet the medication for it might. This is unacceptable risk and according to the reports, this is something the company knew could potentially happen to the consumers here.

Scott Hardy:                          Right, and we, we see that a lot with these large drug companies where they have a drug that seems to be curing or treating a condition and then as more clinical studies get released, more problems get found. And then these lawsuits start to come out and we tend to find that in most cases the drug company knew about it long before it was actually released to the FDA. Will that happen in Uloric’s case? We’re not sure, but as you said, gout is a problem that young people can get diagnosed with. A dear friend of ours, her son was just diagnosed with gout at 17 and it’s, it’s, it’s still very prevalent here in the US.

So you want to make sure, just like they did, their son, 17 year old son was diagnosed with gout, her husband said, and the doctor said, let’s give him Uloric. And her husband said, no way. That just got a black box warning and doc, you should actually tell us about these things. I shouldn’t be the one telling you that there’s a black box warning because people who take Uloric have been found to be much more likely to die and that’s straight from the FDA, the FDA release of it’s like, yes, you may be more likely to die of a heart attack and by the way, you might just be more likely to die overall. So that’s a problem.

Farron Cousins:                  And the sad thing is, you know, the FDA came out a couple years ago and had to issue additional warnings on Uloric. Then just a few months ago they came out, added another warning on this because all these clinical trials coming back from Takeda Pharmaceuticals were showing that yes, people who take this drug compared to the other gout medication out there that’s been around for a very long time, you’re probably more likely to die on our drug. But hey, you know, don’t you want to not hurt from gout? Isn’t that an acceptable risk? The answer is no, no, it absolutely is not.

This is not something consumers should be taking. I mean, end of story there. You shouldn’t be taking this medication. And what we’re seeing right now, I mean, you know, as you pointed out, increased risk of heart attack and death, increased overall risk of death from all causes. Increased risk of non-fatal heart attack, non-fatal stroke. But those are still risks that consumers need to be aware about. And the FDA, yeah, they’ve put the warning on there, but they have pretty much done a horrible job of letting people know how dangerous this truly is.

Scott Hardy:                          Exactly. When you can take your son in, get him diagnosed with gout and then have that doctor just immediately click and say, hey, you should start taking Uloric without warning you have the problems. And there is a major communication issue with doctors and, between doctors and pharmaceutical companies and not being told about the greatly increased risk of death from a drug.

Farron Cousins:                  So Scott, I think the big takeaway here, and this is what we always tell people with, with really any kind of pharmaceutical out there is unfortunately our regulatory agencies are not very good at their jobs. And so people do need to do the research. If you get prescribed a medication, look it up, check out the side effects, check and see if there’s any lawsuits related to that medication regardless of whatever it is. Educate yourself and then talk to your doctor about it. You know, we like to think our doctors know everything and they’re up on everything, but there’s a lot of drugs out there. There’s a lot of drug litigation out there. They may not be aware of it so you can actually do them a favor and help to educate them too here.

Scott Hardy:                          Exactly, you know, you want to make sure that you’re doing your research, that you talking to your doctor and as you said, Google it. We have the power of Google at our fingertips. If, if somebody, if your doctor is saying, I want to prescribe a new drug for you and you feel good about it, they highly recommended it, say great, but then Google it. Come to topclassactions.com, see if there’s any litigation tied to it, because you want to know. Just like you said in this case, there’s a generic drug been out there for years that treats this and it is, is much, much safer according to these FDA studies than Uloric. So you have another option, but, and if that, if that generic drug doesn’t actually fix the problem, then you might find it due to the pain that you’re being caused, that risk being acceptable, but you should be, you should be able to make that decision.

Farron Cousins:                  Absolutely, for more information about this particular investigation, please follow the link in the description of this video. Head over to Top Class Actions and while you’re there, make sure you subscribe to their weekly newsletter. Scott Hardy, Top Class Actions, thank you very much for talking with us today.