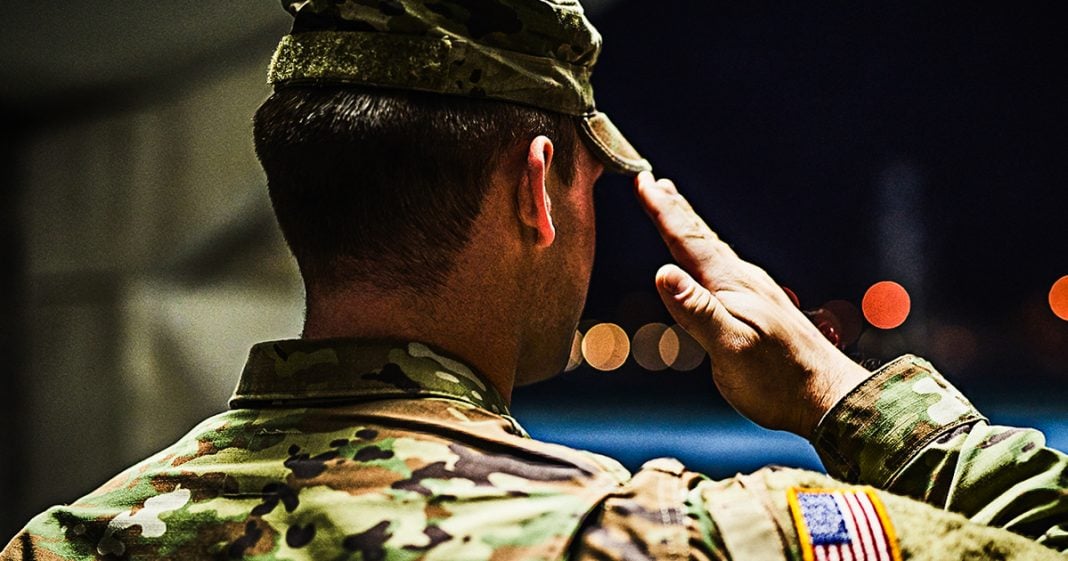 According to documents obtained by investigative reporter Ken Klippenstein for TYT Investigates, the Trump administration has authorized military personnel to use lethal force in certain situations along the southern border. Trump deployed the military to the border months ago with these orders, but this is the first that the public is learning about this. Ring of Fire’s Farron Cousins explains what’s happening.

*This transcript was generated by a third-party transcription software company, so please excuse any typos.
According to some phenomenal new reporting from Ken Klippenstein over at, uh, the young Turks, Donald Trump’s administration authorize the U S military that he deployed down there to the Southern border months ago, authorize them to use lethal force in certain operations. This is according to the Pentagon’s own documents that were given to Klippenstein and TYT and they have now published them. I encourage everyone link in the description of this video. Go check this out. Go look at these documents. Go read Kens story. This is terrified. Now I’m going to read a couple excerpts here. The documents marked for official use only reveal that during civil disturbance operations, certain military personnel have been granted lethal capability to protect soldiers in riot control formation. At ports of entry. Military personnel are also permitted. The documents show to use deadly force to protect other personnel engaged in border security operations or even to protect property. It gets even worse. The documents obtained by TYT show that the military has authority to exercise lethal force extend to cases of civil disturbance. The documents do not define this term. So here’s what we’re looking at along the Southern border, which we do still have U S military down there. If they are in one of these situations, they can start killing and they’re allowed to do that. There’s no legal ramifications for it. They have been told by their commanding officers, you can kill people, and I’m surprised we haven’t seen the murders piling up yet, given the fact that they have been given the green light on this, but the circumstances are even worse. This was happening at a time. Donald Trump had kind of cooled off a little bit about the caravans that were allegedly coming every six months or so, but that is what he used to sell us on the fact that the military needed to go down there. Now, the caravans never materialized and he’s kind of stopped saying that they’re coming right now, but I guarantee you as we get closer to 2020 is the impeachment ramps up. Suddenly there’s going to be more caravans popping up and that’s when we’re going to start seeing the bullets fly down there. That’s what’s going to happen. This man, Donald Trump, his entire administration is entirely predictable. We have seen it like clockwork. Things start going bad for him. He starts wondering about, a caravan says, I’m gonna send the military down there, and he did it and they’re there and they’re waiting guns ready, and they have the okay to it, and Klippenstein further points out. It’s not just people trying to sneak across the border that are at risk of getting shot. If anybody interferes with the installation of any security cameras along the border, interferes with the installation of any barbed wire down there on the Southern border. They have the authority to kill you now too, so you could also die. So that’s kind of important for any protesters or anybody who may want to go down there and you know, try to stop this construction of the border wall are these surveillance measures because the military can kill you. We’re living in a police state right now, folks. They’re trying to convince us that it’s for our own security and our own safety. But the truth is they want us to be afraid, not just afraid of the others coming across that Southern border, but afraid of our own military. Afraid to go out there and exercise our constitutional rights to assemble. They want us to live in fear of what they will do to us if we dare step out of line. That is what this story is about, and that is exactly why the Trump administration has authorized this.