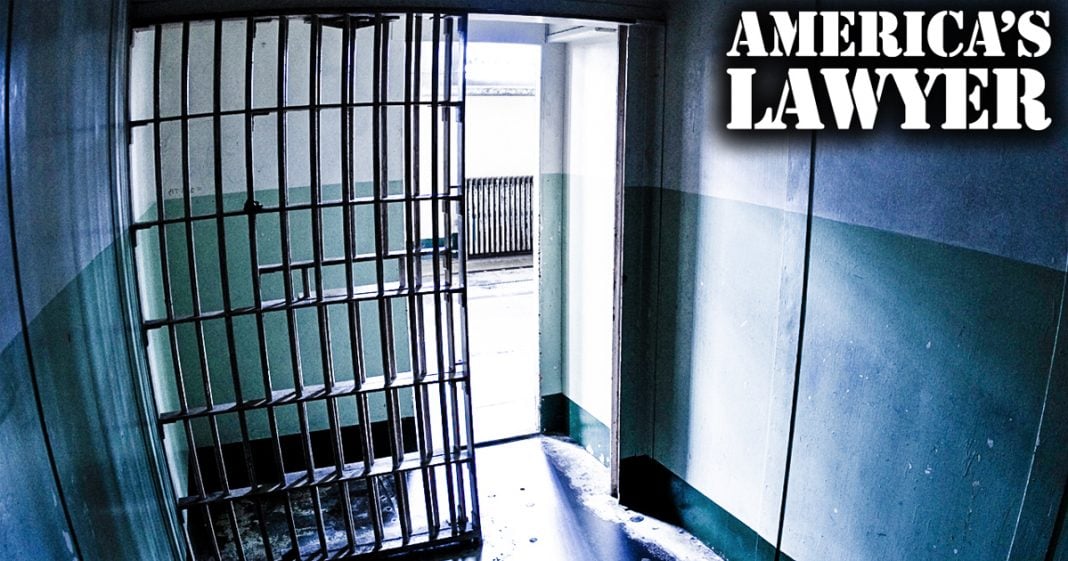 Via America’s Lawyer: in a victory against the for-profit prison industry, the state of California has now outlawed the use of private facilities for prisons as well as for immigrant detention centers. Farron Cousins fills in for Mike Papantonio on this episode of America’s Lawyer to explain more.

And finally tonight, some good news. The state of California passed a law last week that officially bans the use of both private prisons and privately run immigrant detention facilities. The for-profit prison industry has spent millions of dollars trying to fight measures like the one that just passed in California, but even with their incredible political influence, they weren’t able to escape defeat here. In study after study, private prisons had been shown to have higher rates of prisoner abuse, higher escape rates, higher staff turnover, more assaults on guards, and to top it off, they are on average costing taxpayers about 10% more to run than federal prisons.

There isn’t a single metric available to show that private prisons are better or more efficient than state run prisons and the only reason they become so popular is because the private prison industry is pumping a lot of money into our politicians.But the move by California is certainly a positive step forward for prison reform, but it will likely also set up a fresh round of political contributions from prison companies who just want to protect their profits.

And that’s all for tonight. You can find us on Twitter and Facebook @facebook.com/rtamericaslawyer. You can watch all RT America programs on Direct TV, Channel 321 and also stream them live on YouTube. I’m Farron Cousins, and this is America’s Lawyer, where every week we tell you the stories that corporate media is ordered not to tell because their advertisers won’t let them. Have a great.