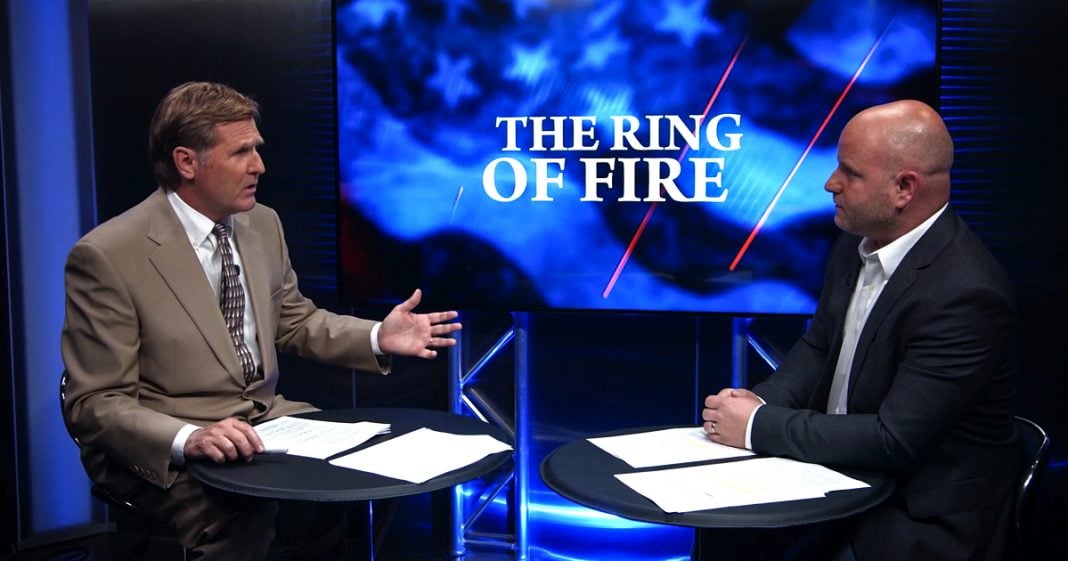 The FDA approved a cannabis oil for the treatment of seizures, making this the first marijuana based medicine to ever get FDA approval. Ring of Fire’s Mike Papantonio and Farron Cousins discuss this.

Mike Papantonio:             The FDA approved a cannabis oil for the treatment of seizures, making this the first marijuana based medicine to ever get FDA approval. I happen to know a lot about this because I own part of what we call Charlotte’s Web in Florida. In Florida we, we were able to get on the market something called Charlotte’s Web that was designed, low THC designed really just for no other purpose other than, than to treat children for epilepsy and children that were having, you know, they were having 50 seizures a day. With this, with this Charlotte’s Web it was able to abate all of that and they, they didn’t, they weren’t faced with that. So now drug company comes in and says, we can do better. We’re going to see a lot of this in the marijuana business, aren’t we?

Farron Cousins:                  Well, you know, it’s really great that the FDA approved this cannabis oil because first of all, it does open the door for other kinds of fast track approvals of similar oils. Now that the FDA has approved it, it can be covered under health insurance plans, which is a huge boom for consumers. But the other thing, and this is the, the bad side of it, but not from the FDA standpoint, they finally did something right. You’re going to have pharmaceutical companies doing two things. First and foremost, as you’ve mentioned, they’re trying to buy up all the, the marijuana, cannabis oil companies.

Mike Papantonio:             California right now is looking at corporate America coming in and embracing every bit of the cannabis business there. You’re not going to have independent farmers and not gonna have an independent growers. You’re going to have this corporate entity that comes up and gobbles everything up.

Farron Cousins:                  And so then after, well, while they’re trying to gobble these up, the other thing they’re going to do is ramp up their lobbying efforts to prevent the FDA from approving everybody else and stopping, you know, medical marijuana at the state level. So they’ll stall that as long as they can until they have this stranglehold on the market. Then that lobbying money’s going to flip and go the other way.

Mike Papantonio:             Well, I mean, you know, if you think about it, the whole fight for marijuana rights all over the country has always been resisted by the pharmaceutical industry.

Mike Papantonio:             They, and then, then once they got it, they said, well, we can’t stop it, but like the boy with the thumb in the dyke, we can’t do anything about it, so now what are we going to do? Well, they started setting up to come in and buy all the, just basically buy all the business. This company says, well, we’re going to run a, we’re going to create a, a medicine that the FDA is going to give us approval on and we’re going to start seeing this across the board. Corporate America can’t help themselves.

Farron Cousins:                  Well, and here’s the thing, if people don’t think that that’s going to happen, look at what the tobacco companies did with the vaping companies.

Farron Cousins:                  I mean, all of the, the major vape things or e-cigarettes, whatever you call them. If you see them in a gas station, those are actually big tobacco products now.

Mike Papantonio:             Oh yeah. It might be bubble gum vape and goofy grape, grape and ollie ollie orange vape. It’s owned by all the big…