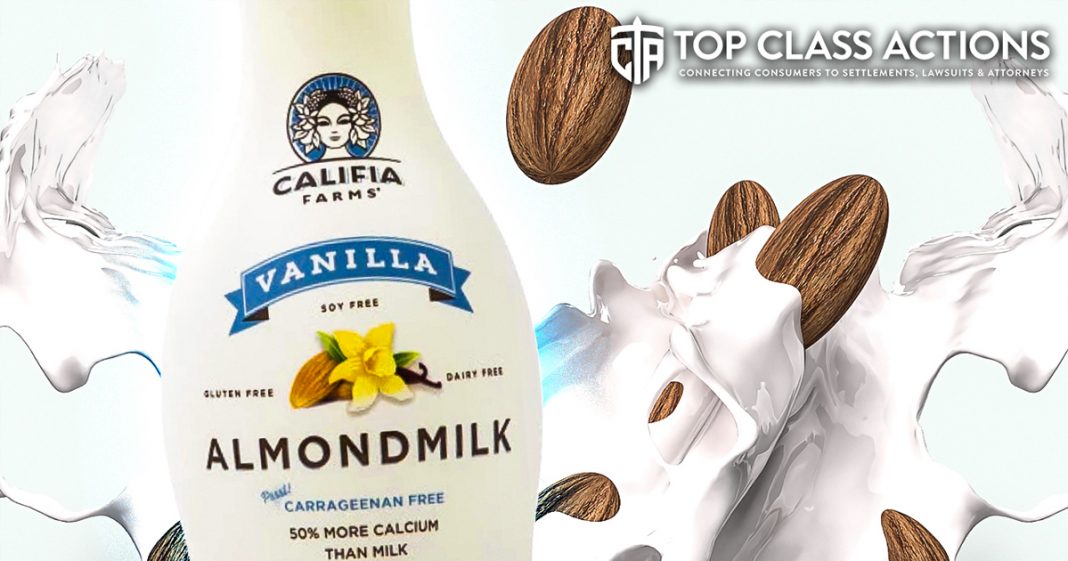 A class action lawsuit says that Almond Breeze Almondmilk does not contain natural vanilla, contrary to its advertising. Califia Farms has been hit with a class action lawsuit claiming the company made deceptive claims about the vanilla in its almondmilk products. Ring of Fire’s Farron Cousins discusses this with Scott Hardy, President of Top Class Actions.

Farron Cousins:                  As more and more people are trying to switch away from dairy milk, whether it’s for ethical reasons, going vegan or if it’s just because they’re lactose intolerance, almond milk has become hugely popular. And unfortunately what we’re finding out now, according to several different class action lawsuits, several popular brands of almond milk are falsely advertising what kind of vanilla, if any, they actually contain. Joining me now to explain what’s happening is Scott Hardy with Top Class Actions. And Scott, we’ve got two here, two separate products, two separate class action lawsuits. Let’s start with the first one, the almond breeze class action here saying, yeah, you’re, you’re telling me you’re using real vanilla but there’s no actual real vanilla anywhere in your almond milk.

Farron Cousins:                  And again, as you and I have talked about before, real actual vanilla is, is not cheap. It’s fairly hard to get a hold of and so that’s why imitation or vanilla extract is so popular. It’s cheaper, it’s readily available, put it in anything tastes just like the original for the most part. And so all almond breeze had to do here was say, hey, real vanilla extract. I mean really, just real vanilla extract, no problems at all. But they chose to not do that. They chose to say real vanilla and they do that because people are going to be drawn to something and you and I again discuss this all the time.

Farron Cousins:                  And to me that’s so much worse because almond breeze, maybe, maybe they’ve got a little bit of an argument they could use as a defense, but this one, the Califia, you’ve got the picture of the vanilla on the box. Any reasonable consumers gonna look at that and say, oh okay, I shouldn’t think for a second that this is tree bark flavoring your milk. To me they seem like they’ve got a real problem here because that’s pretty obvious what they’re trying to do. They are trying to mislead consumers into thinking that what’s on the box is what’s inside the box and that’s not always the case.

Scott Hardy:                          Exactly. What you’re, what you’re drinking, you would think has some vanilla in it, but nope, you know, they’re saving some money using their tree bark, which tastes like vanilla according to them and serving that up to you rather than spending the extra money to actually get real vanilla in their almond milk.

Farron Cousins:                  For more information about these two class actions, please follow the links in the description of this video. Head on over to topclassactions.com and while you’re there, make sure you subscribe to their weekly newsletter. Stay up to date on all of these stories and more and be the first to learn about new settlements that have come out. Scott Hardy, Top Class Actions. Thank you very much for talking with me today.