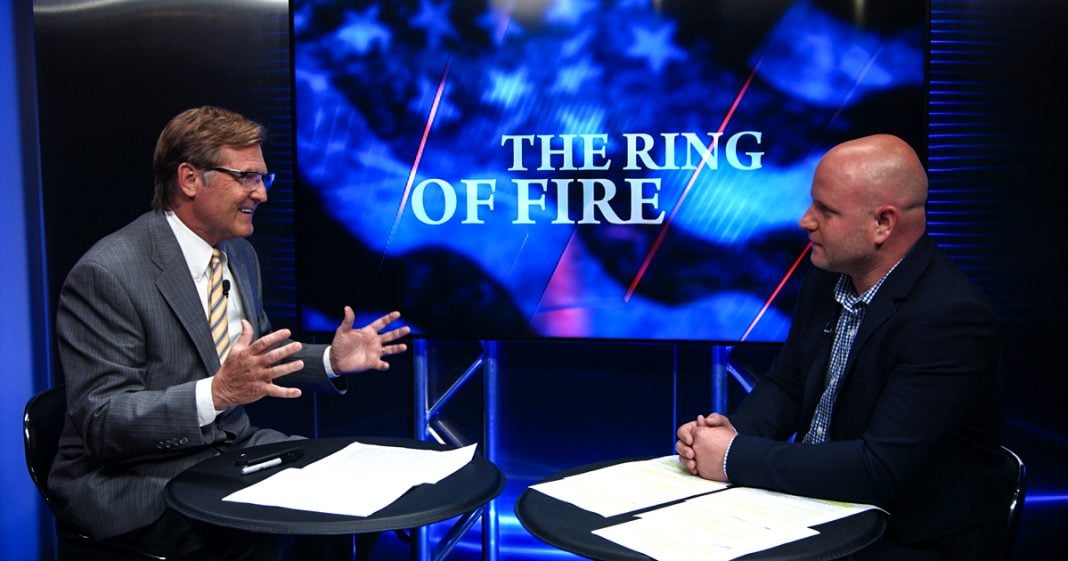 A federal judge ruled that the ENTIRE Consumer Financial Protection Bureau is un-Constitutional and has to be dismantled and it’s just another example of how screwed up our judicial nomination process really is. Ring of Fire’s Mike Papantonio and Farron Cousins discuss this.

Mike Papantonio:             Look, we all followed this story of the, of the Trump judges that were being quizzed by the committee that, that appoints judicial, makes judicial appointments, right? They have them in front of the congressional hearing, in front of the committee and they’re asking him, sir, let me get this. Have you ever been in a courtroom? And the judge says, no, I’ve never really been in a courtroom. Have you ever tried anything that looks like a jury trial or judge trial? No, I’ve never done that, sir. Do you know what a motion in lemony is? These are, these are actual questions. And the cat did not know what a basic motion in lemony is. That’s where you’re, anyway, it’s something he should’ve known. And he’s asked, do you know what Daubert is? You don’t understand what the Daubert standard is and no, I don’t know what it is, but I guess I can find out.

Now, that was the Trump administration. So now we go to 2018, and we have judge Loretta Preska, a old Bush old man Bush appointment. Now had we had hearings like that back then, we would’ve seen the same thing happening. Now, see what people don’t understand and it’s, it’s, it’s kinda this catch 22 thing. You got to report on what Trump is doing because some of it is so outrageous. So they, they determined we’re going to go to the hearings, we’re going to have a media element of these hearings. What they forgot to tell is that happens often where you have a federal judge that’s never tried a lawsuit. If they’ve done anything, they’ve worked for corporate America and hardly ever will you find a federal judge that actually represented consumers, that actually cared about the rights of consumers.

Had we gone back in time in from old man Bush followed these hearings the same way we had with Trump, we would’ve seen the same thing. And that’s what this Loretta Preska is all about. You see, she’s not just an ideolog, she doesn’t understand that she can’t sua sponte say, well, we need to do away with it because, because Congress overreached. It doesn’t work like that, Loretta. Pick it up from there. It’s an unbelievable story.

Farron Cousins:                  It is and it’s such an interesting decision because there had already been several other court decisions about the CFPB saying, no, it’s fine. It’s constitutional, everything’s working fine, you know, don’t mess with it. So she comes along and she misconstrues or, or you know, manages to do that because that was her intent.

Farron Cousins:                  Well, yeah, that, that, that is true. And so she, she tries to say that all of these other opinions saying it is constitutional, prove that it’s not constitutional in, in a very short, less than two page ruling that according to the analyst made no sense whatsoever.

Farron Cousins:                  Well and she tries to argue that the Congress created it, but the president appoints the head of it and it’s five year, something doesn’t add up.

Mike Papantonio:             Okay, first, first of all. Now let’s, let’s back up just a little bit. She did a two page order on something as important as do we determine whether or not there is an unconstitutional notion to the CFPB. You know, okay, Congress passes it. President signs it. It’s been in place for a long time and she does a two page order and says, well, I don’t like it. There’s something that doesn’t add up. Yeah, Loretta, it doesn’t add up because you don’t understand the law, Loretta. You don’t understand that you don’t just make this go away because you don’t like it. That’s not how federal judgeships work. But the real story to me is I would love to have gone back in time and seen Loretta Preska in front of the camera the same way they’ve put these federal nincompoops in front of the camera for Trump and we would have seen the same thing. People don’t understand that. They don’t understand that a lot of these federal judges that come through, it’s political favors.

Mike Papantonio:             A lot of them have never, have never tried a case in their lives. Lot of them have never had even done appellate work to even understand how the appellate process works in review. But she’s a pretty good example to me of what happened and we, you know, the media back there wasn’t reporting, I suppose it wasn’t important, but now we have, you know, Trump is a lightning rod. So they finally said, well, let’s go with, let’s go in there and see what these hearings look like and the, and the media goes, oh my God. Like that’s the first time it’s ever happened. I can, I can assure you it’s not the first time it’s ever happened and she is probably a product of that same thing.

Farron Cousins:                  Well, you know, don’t you think that maybe that could be one of the good things that comes out of this administration now that…

Farron Cousins:                  But that’s how it should be with everyone, regardless of the party. We need to know and understand who each individual is. You know, most people couldn’t tell you who the EPA directors were during Obama’s year, but everybody knows who Scott Pruitt is.

Mike Papantonio:             Scott Pruitt. And they, and if they go, went back and take a look at what those directors did under Obama, it would be an OMG moment.

Farron Cousins:                  Listen, I, my name showed up. A friend of mine who did a FOIA request from the EPA during the Obama years sent it to me actually on Christmas day because that’s when she got is. She said, hey, I was going through these and your name popped up in a series of emails.

Farron Cousins:                  Between the, you know, the higher ups at the EPA because you were criticizing their decision on an offshore drilling thing. So…

Farron Cousins:                  Yeah, and so, you know, they were doing the same thing that we think that only Republicans do now. They were monitoring, they monitor blogs, they pay attention to who their critics are. And that was a very nice thing to wake up to on Christmas day.

Mike Papantonio:             Just because you have a complete buffoon as president and we now want to follow everything buffoon man does, that doesn’t necessarily mean that all this stuff has not been going on.