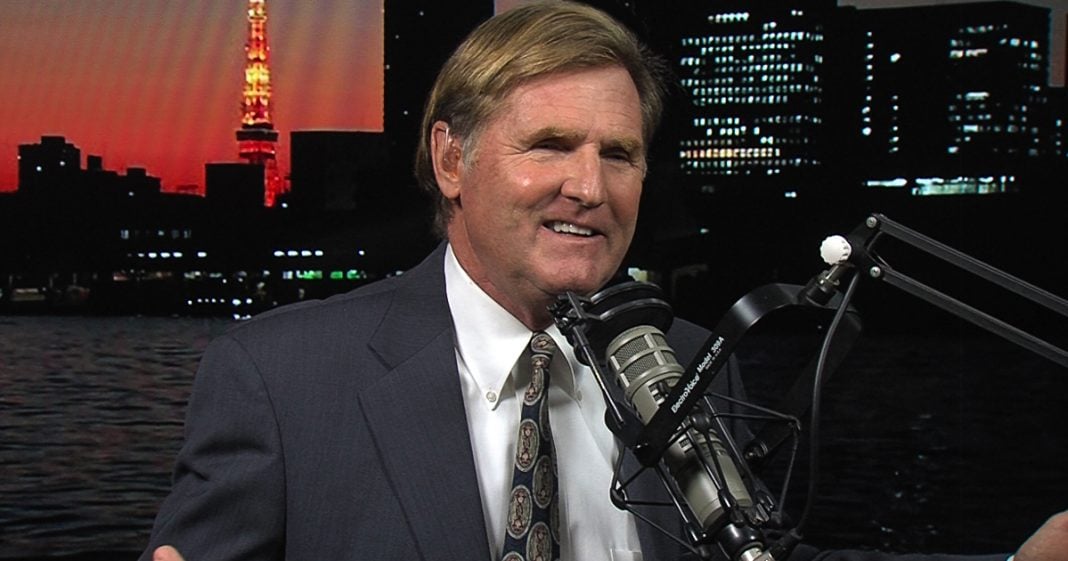 America’s Lawyer, Mike Papantonio, appears on The Tom Sumner Program to discuss mainstream media’s failure to tell important stories about products that harm consumers in order for an industry to make money at any costs.

Get the full podcast at tomsumnerprogram.com

To order a copy of Mike Papantonio’s books, visit mikepapantonio.com

Tom Sumner:                        Mike, it seems like it used to be you would hear a headline on radio or television about some news event, didn’t tell you very much about it, but you knew something was going on and you could go to your daily newspaper and dig down on it. And that doesn’t exist anymore and largely because as a, as a country, we don’t have the attention span we had 10 years ago or 30 years ago.

Mike Papantonio:             It’s worse than that Tom. I agree with that. But look, you mentioned something about me doing America’s Lawyer on Russian television. Think of the irony of that. Okay. Now you may or may not know this, but I used to be a contributor of sorts to MSNBC and Fox news and there it, too many times I’m in a slow count 10, 9, 8, Pap, you’ve got to change your story because the story was about one of their advertisers. And whether it’s an advertising, a product that is, that’s killing people and you’re told you can’t do the story that never existed back when Walter Cronkite types were in charge.

It never existed in 1980 when 60 independent organizations owned the media. Now we have three independents and that’s it. And so if you’re not listened through the pablum of CNN or MSNBC and you’re not hearing their breathless hysteria night after night, you know, good luck. And that’s why a corporate media is in the demise right now. That’s why they’re leaving and go move into streaming. That’s why they need books like “Law and Addiction” and, you know, they need that, they need to have a story. They need to understand what the hell is happening to them.

Tom Sumner:                        It’s, it’s really tricky to address this issue because of the way our healthcare system is set up that the average person goes to a doctor who they’ve been trained to think is somehow godlike and the doctor is telling them that they need to take this to manage their pain from some life saving procedure that the doctor has just done. And people don’t interact with the big companies. They don’t have any big love for big pharma, but they trust their doctor.

Mike Papantonio:             Well, the doctor sometime is much of the victim as everybody else, Tom. There is a whole new industry within the pharmaceutical industry. It’s called the biostitute industry and the biostitute industry is where they go and they hire some character working at Yale that’s making $250,000 a year. The pharmaceutical company will write an article and they’ll say, doc, you know, we’ll pay you $300,000 to put your name on this article. No, we can’t show you the clinicals. Or if they do show them the clinicals, they’re phonied up. And so all of a sudden they have credible doctors that actually teach in, in, in medical schools that are saying, yeah, this, this drug is great. You know, go, go ahead and use this Valsartan, you won’t have any trouble with it. You know, go, go ahead and use Vioxx. You use this product, you’ll love it.

But, and the doctor doesn’t, you see, we think the doctor has this independent time to go doing the do the research or we think that the FDA has done, the FDA doesn’t research any of this. There’s nobody looking over these people’s shoulders. So, you know, if you’ve got an industry in the environment, you know, in the environmental industry, let’s just say, you know, somebody in the chemical industry and they’re putting a toxin in the drinking water and they’re creating literature from, that’s created from biostitutes that says it’s okay. Who knows, to go look behind that? We don’t even take the time to look behind that.

And you’re, in other words, the, the, the story is being driven by sociopath’s, corporate sociopaths that have no, no hesitation whatsoever of saying, you know, I’m not even going to be around, I’m not even going to be in corporate management when people 10 years from now die of cancer from this product. So, you know, this is not a difficult decision for me. And we, it’s such a harsh reality, Tom. I mean, it’s hard for people to come to terms with, and I, you know, if, if you hear cynicism in my voice, it’s because I’ve, I’ve been around it for 37 years.