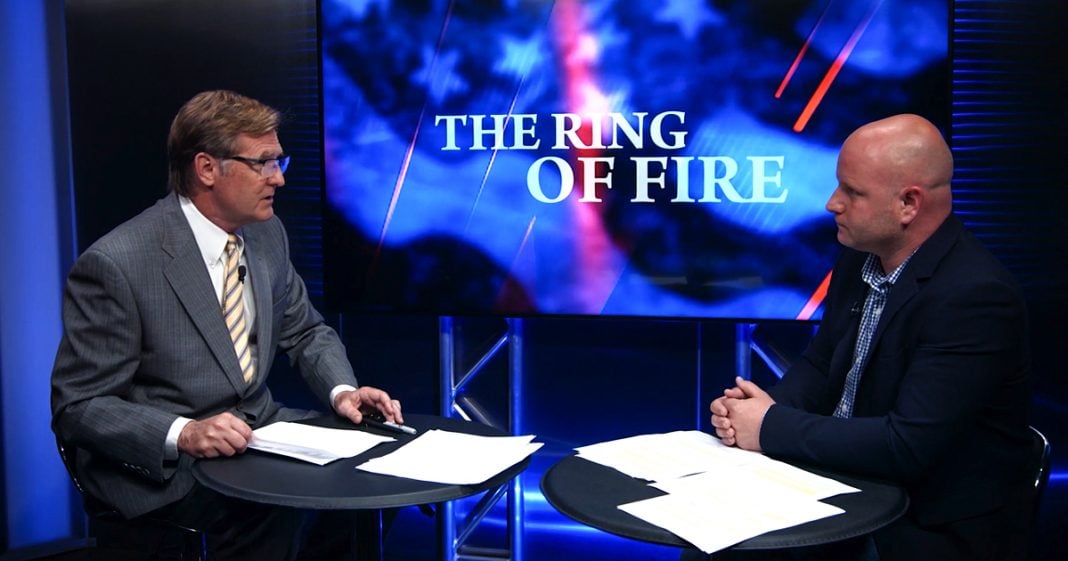 A recent lawsuit says that migrant children being held in detention centers are being forcibly drugged without their consent. Ring of Fire’s Mike Papantonio and Farron Cousins discuss this.

Mike Papantonio:             A new lawsuit says that migrant children being held in detention centers are being forcibly drugged without their consent. This is just one part of this larger story on how awful these children are being treated. Here again, as I mentioned before, we’re looking at Trump. We want to, you know, we want to discredit Trump. We want to go after him. Plenty to discredit, plenty to go after, but to say here and not, not be honest about the fact that the ACLU came out with a startling report that talked about how bad the Obama administration had trampled on these kids for eight years. Now I look at this, there’s no question that this is, this is a bad deal. They’re, they’re forcibly giving these people, they’re giving these kids drugs to hopefully calm them down. You know, we’re going to put them over here and take them away from their home. We’re going to give them, we’re going to give them drugs. This happened with the Obama administration too.

Mike Papantonio:             But fortunately now the media is so focused on finally following some of these stories that they didn’t follow before. What is your take on this story?

Farron Cousins:                  Well, this is, you know, this is almost should be considered, I guess maybe a form of torture. I mean, this is something the UN probably needs to look into. These psychotropic drugs that they’re giving these kids some as many as 15 pills per day, have a very significant psychological neurological effect on these kids that can last a lifetime. I mean, it messes their brains up permanently.

Mike Papantonio:             It’s a chemical straight jacket. And the problem is they know that the latency effect in the way that a child’s brain develops, that there are huge implications about what they’re doing here. Now I want to back up and say, this has always gone on. This is going on for the last eight years and the ACLU report, if you think this is new, go back and take a look at the ACLU report where they called Obama’s ICE group, you know, the border patrol back then, the border patrol monsters, because of some of the conduct that was taking place under the Obama administration. So if we want to be honest with it, we want to be true journalists go back and take a look at that. The good news is now people are paying attention. Don’t you think?

Farron Cousins:                  Absolutely, and you know the other part of this too is that another report just came out here from the government about these detainees that are dying in custody. You know, going back to at least 2015 is what this specific report was looking at. And they’re dying because of inac, inadequate medical care and this is across party lines. All presidents, Democrat, Republican, are doing this. They’re dying because of poor medical care, but only now does the media care about it.