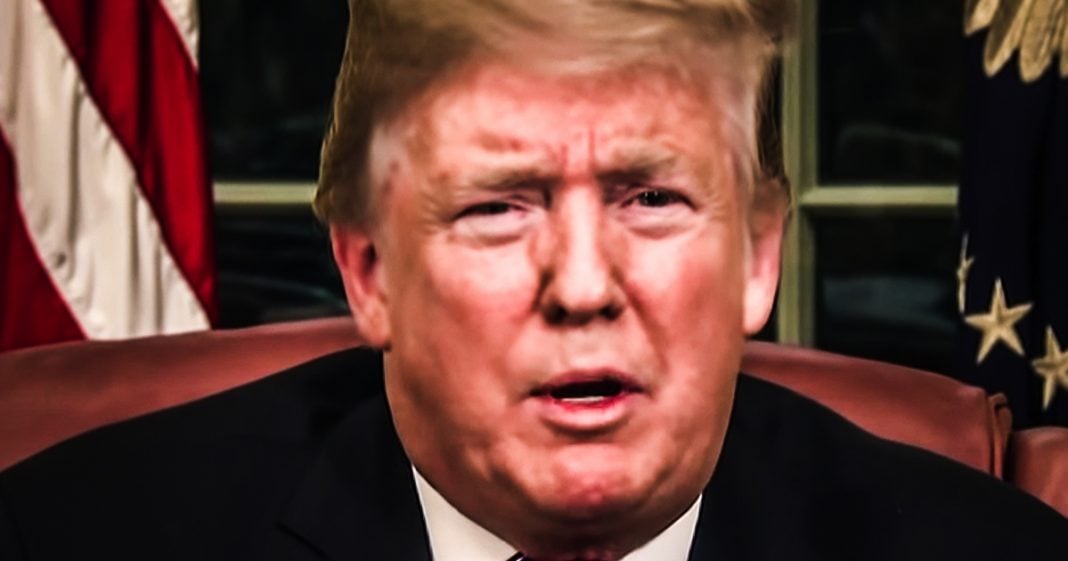 Republicans don’t know how to respond to questions about the impeachment inquiry, and reports suggest that they are having to beg the White House to tell them what to say. This shows that Republicans don’t have a coordinated message, and that they can’t come up with any defenses on their own, a bad sign for the President. Ring of Fire’s Farron Cousins discusses this.

CNN correspondent Kristen homes on a Saturday when on TV and talked about the fact that Republicans in Washington DC right now, our elected officials, senators, members of the house of representatives are kind of freaked out on, they’re panicking and they’re begging the white house to tell them what to say about impeachment. Republicans don’t know what to do. There is no coordinated messaging from the Trump administration, from the white house. And part of the reason is because Donald Trump thinks he knows how to handle this. You know, he has not set up a war room, even though AIDS have asked him to, advisors have told him to, but he still says, Nope, I know what I’m doing. I’m the smartest guy in the room. I’m not going to listen to any of you. And we’re going to send out talking points to the Democrats because, oops, that’s how incompetent we are.

But Republicans don’t know what to do now. And so again, according to, uh, Ms. Holmes over at CNN, they’re begging the white house to just tell us what to say. We don’t know what we’re doing. What do you want us to say, Mr. president? And that shows you how desperate the Republican party truly is. See, here’s the thing. If any of these Republicans genuinely believed that there was nothing wrong with what the president did, they would simply go out there and say it. They would go out there with the information that they have gathered from the white house because we know that they all got their closed door meeting about the own official transcript of that call. And they would use that. They would base it off that say, listen, I’ve seen the transcript, it’s all going to come out during this inquiry, but there’s nothing to it.

Democrats are overreacting, this is nonsense and we need the move on from this. So let them do their thing and then we can be done. There’s your talking point. I just gave it to you and I did it for free. You probably pay some money, $100,000 for that kind of solid advice because you folks get ripped off all the time in DC on crap like that. But nonetheless, you guys do need a message cause you got nothing and when you got nothing, it tells me that you’re worried because you know you have to go out there and defend the indefensible. You know, you have to go out there and lie to the public about there being no quid pro quo when there was very obviously quid pro quo and you don’t know what to do. Now your talking points are not resonating with the public, the polls, each one that comes out shows more and more and more and more people supporting impeachment and removal that shows that you’re losing the messaging battle at Trump’s not going to help you.

Trump thinks he knows what’s best, he thinks he knows what he’s doing, but the public doesn’t him on this one, including over 20% of Republicans. You’re losing your own base on this issue. And if you think that guy sitting in the white house or any of the morons he surrounded him with are going to help you, then best of luck because we have seen what they have done so far. And if I were you elected Republicans, I would literally go out and beg anybody else for talking points because you’re dealing with quite possibly the most incompetent people in a white house ever.