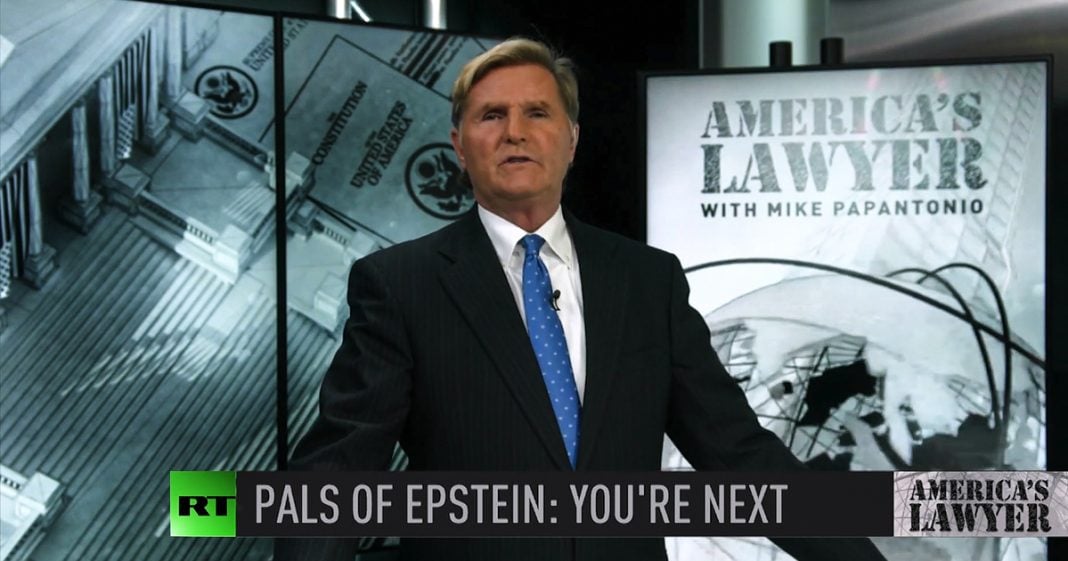 Via America’s Lawyer: One of Jeffrey Epstein’s alleged victims has expanded a lawsuit to include Epstein’s estate as well as his accomplices, including long-time confidante and suspected madam Ghislaine Maxwell. Mike Papantonio explains more.

Finally tonight, some good news. Jeffrey Epstein may be gone, but the lawsuits against him and his estate are starting to heat up and now the lawsuits are expanding and include Epstein’s accomplices. One lawsuit filed by one of Epstein’s victims in New York, a woman he recruited and began grooming to become a sex slave at the age of 14 has amended her lawsuit against Epstein to now include his estate as well as several women that she claims work as recruiters for the convicted pedophile.

The four women include Maxwell, Epstein’s longtime confidant who had so far escaped liability. Lesley Groff, a former secretary of Epstein, and Cimberly Espinoza a former executive assistant. The expansion of this suit and hopefully others are going to finally allow lawyers to flush out all of the rats who helped Jeffrey Epstein lure young girls into the sex trade. Epstein didn’t act alone in many of these crimes and it’s way past time that his accomplices get rounded up and put away for good.

That’s all for tonight. Find us on Facebook @facebook.com/rtamericaslawyer. Also follow us on Twitter @americaslawyer. You can watch all RT America programs on Direct TV, Channel 321 and stream them live on youtube.com/rtamericalawyer. I’m Mike Papantonio, and this is America’s Lawyer, where every week we tell you stories that corporate media is ordered not to tell because their advertisers simply won’t let them. Have a great night.