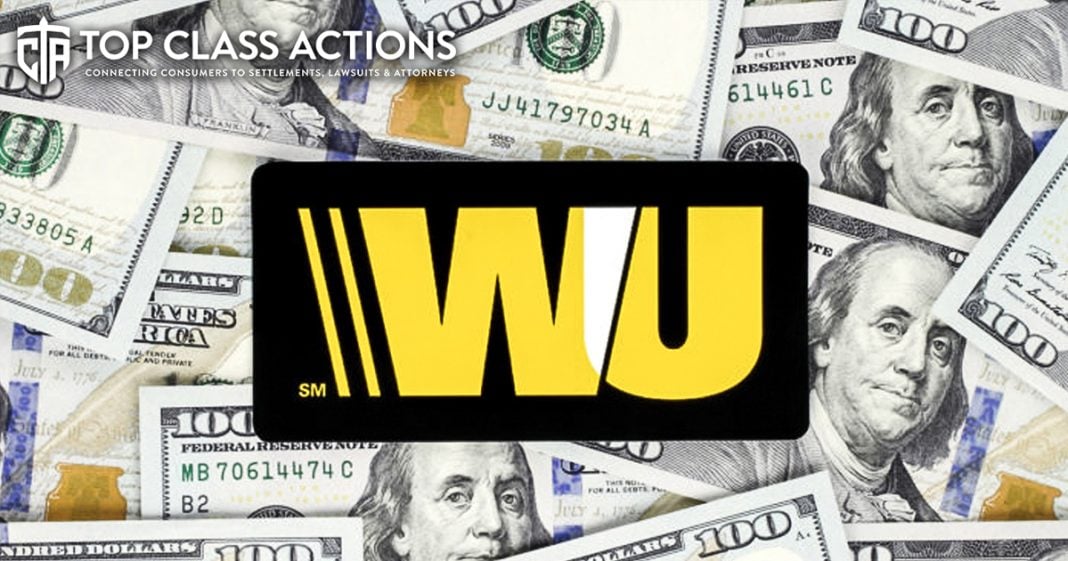 Farron Cousins:                  There’s multiple different ways to send money to anybody all across the globe today. You can Venmo, you can PayPal. A lot of banks will do transferring between accounts to you and a complete stranger as long as you’ve got their info. But one of the oldest money transferring companies here in the United States and across the globe really is Western Union. So you would think being the original being the oldest out there, Western Union would be the best at taking care of their customers. But according to a new class action, that is exactly the opposite of what Western Union is doing.

Joining me now to talk about this is Scott Hardy with Top Class Actions, and Scott, I’ve never personally used Western Union. I think everybody in this country, however, knows the name Western Union. You know, we, we grew up seeing the commercials on TV. Hey, Back to the Future 2. The guy comes from Western Union at the very end to deliver the letter to Marty. Western Union is trusted. They should be doing the right thing and unfortunately we’re finding out that they’re not. Tell us what’s happening.

Scott Hardy:                          Right, and as we’re seeing from this class action, Western Union is used a lot by immigrants, legal immigrants in this country who are working hard and trying to send money back home. In this case we had a plaintiff who had $1,400 that they picked up and deposited through Western Union. They went to a Rite Aid store in Pittsburgh, gave their password to wire that money out and so that money was wired to their family in the Congo. Well the family shows up, tries to pick up the money and nope, money’s not there. Family had the password. Family had ID, but no, Western Union said that it had already been picked up by somebody else.

Now this class action alleges that Western Union knows this is a problem, that this is a foreseeable, a foreseeable problem that Western Union knows about but is not doing their best to actually fix it. Fraud on picking up from these Western Union transaction is according to this class action, pretty rampant and needs to be addressed because otherwise in this case, you had that $1,400 that was sent to the Congo was picked up fraudulently and that family out. Western Union said, nope, we’re not at fault. You know, we did everything we could. You guys are out the money even though he’s saying, no, my family did not pick it up. That’s not the case. Western Union just said, no, we’re not gonna do anything about it.

Farron Cousins:                  Now to me, it sounds like there’s another layer to this because obviously one, they let the fraudulent person come and pick up the money as the lawsuit claims, but how did that fraudulent person know that that money was coming? How did they know who to imitate? You know, what kind of document to falsify? How did they get the password? There’s obviously something wrong with Western Union’s security system, whatever it is online, that they need to address.

They need to find out where these holes are in their security because it seems very obvious that people are able to get in there and see, oh, somebody just sent, you know, $1,400 to the Congo. I, I’m here in the Congo, I know who to now imitate. I have their password, let me go do this. And Western Union, a lot of times with these cybersecurity problems like this, those can be fairly easy to pinpoint and fixed. But it seems like the company doesn’t even want to bother looking into it.

Scott Hardy:                          Right. And that’s the thing is I’m waiting on now, just like you mentioned it, is there a data breach that’s happened? Is there something that’s going on where hackers have gotten access to the backend of Western Union transactions and are monitoring them? Because, you know, hackers are sitting there right now in chat rooms selling credit card numbers to other hackers and trying to commit fraud that way. Well, the same thing’s gonna happen here with these money transfers where you have money transfers that are going around the world and someone saying, hey, I’ve got this money, transfer, this ID, this password, go, go and pick it up. And Western Union needs to do more to safeguard their clients.

Farron Cousins:                  Absolutely. And, and again, this is one of those ones that that is fairly disappointing to hear about because Western Union is a trusted name. It is a trusted company. So it always kinda hits a little different when you, when you see a company you’re like, well, well I liked them. I may not have ever used them, but you knew about them, you grew up with them, you trusted them, you’ve seen the signs everywhere. And to find out something like this is going on, and the company’s not doing anything about it again, it really just kind of hits differently and it shakes your trust in these companies. And to me that that’s what they need to be avoiding is anything that’s going to give them the appearance of being not trustworthy, right?

Scott Hardy:                          Exactly, and now we’re moving to more of a cashless society, Western Union’s getting forced out, you know, and especially in the African nations. Cash is, is, isn’t used as much as it used to be. So this really does leave the door open for a company that can handle these transactions securely, which will further push Western Union out.

Farron Cousins:                  Absolutely. For more information on this particular subject, please follow the link in the description of this video. Head on over to Top Class Actions and make sure you sign up for their weekly newsletter. Scott Hardy with Top Class Actions. Thank you very much for telling us this story today.