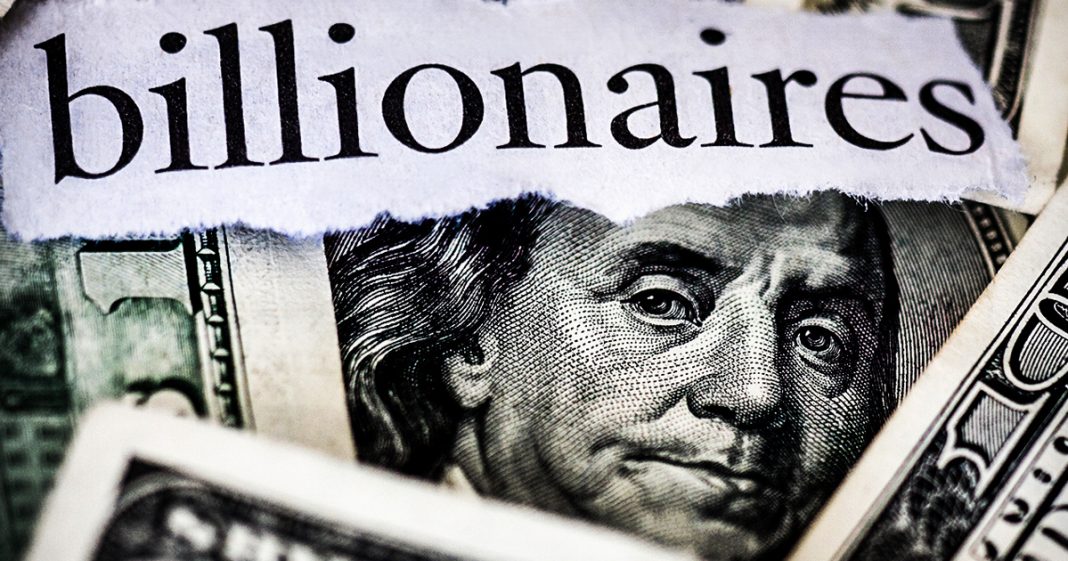 Washington Post columnist Steven Pearlstein argued in an editorial this week that the wealth tax proposals some Democratic candidates have discussed will not only not help this country, but they will actually HURT the middle class. This is a completely false argument, and someone with Pearlstein’s record as a columnist should know better. It’s almost as if he knows that a billionaire owns the paper that he writes for, as Ring of Fire’s Farron Cousins discusses.

*This transcript was generated by a third-party transcription software company, so please excuse any typos.
Earlier this week, the Washington post published an op ed by pull a uh Pulitzer prize winning columnist Steven Pearlstein. Pearlstein is a columnist for the Washington post. He is not a millionaire that I know of. He is certainly not a billionaire and he’s actually written some really great things over the year. He is a good columnist, but this column that he wrote is absolutely one of the worst and most dishonest things I have ever read here is the title of this, uh, column, punitive taxes on billionaires are bad politics, bad economics, and just plain un-fair. And he’s talking of course about the ideas of a wealth tax, uh, that Elizabeth Warren and Bernie Sanders have both put forward. Yeah, they want to raise taxes on millionaires and billionaires. And as Perlstein points out, we just found out that the 400 wealthiest people in this country paid a lower tax rate than the bottom 50% of this country. And yet he still had the audacity to write this disgusting article where he claims that this is unfair. He actually goes on to make the claim that it’s actually going to hurt the middle class if we raise taxes on billionaires a claim that there is no way to back up whatsoever. Pearlstein is a gifted writer, absolutely amazing, but this piece of trash that the Washington post published from him this week, this was basically a giant love letter to Washington post owner Jeff Bezos. Let’s be honest about that. That’s what this was because Jeff Bezos, world’s richest man who owns the Washington post stands to lose a lot of money. If Elizabeth Warren or Bernie Sanders becomes the next president of the United States and it’s money that Jeff Bezos absolutely should use lose, excuse me. He has been treating his workers for years as if they were slaves and we’ve all seen the stories, read the reports about the workers having to pee in bottles because they were too terrified to take two minutes to go to the bathroom because they’d get in trouble. They’d miss a quota and they’d get fired. We’ve heard about Amazon workers in other countries who’ve actually been at work so long, they haven’t seen their family in weeks. Yeah. Jeff Bezos deserves to pay a little bit more in taxes and no, that’s not unfair. Sure. He started a company that most everybody uses. I still use Amazon. I’m not proud of it, but I do it because I have to, but he’s also treated his workers like slaves. He’s also refused to give them benefits. Even when he decided to finally give them $15 an hour as minimum wage, he cut other benefits to screw them over to all just to put more money back in his pocket and now whether they to admit it or not, you do have some columnists at the Washington post who are trying to appease him and fight against this policy that was in place in the United States for the early part of the 20th century and things were pretty decent. The income gap wasn’t what it is today, but eighties came around Ronald Reagan and we started coddling millionaires and billionaires thinking they were the greatest things that God ever created, cutting their taxes, cutting their regulations, letting them do whatever the heck they want, and when that started, that income gap became wider and wider and wider. Reaching a near high today, in fact, I think it is actually an all time high with the income gap. The wealthy can afford it. It’s not going to hurt them. Hell, they probably won’t even notice it. But to say that it’s unfair or to imply somehow that it’s actually going to hurt the middle class, if we raised taxes on billionaires, that’s just bad journalism. And Steven Pearlstein with his Pulitzer prize is better than that, or at least before Bezos bought his paper, he was.