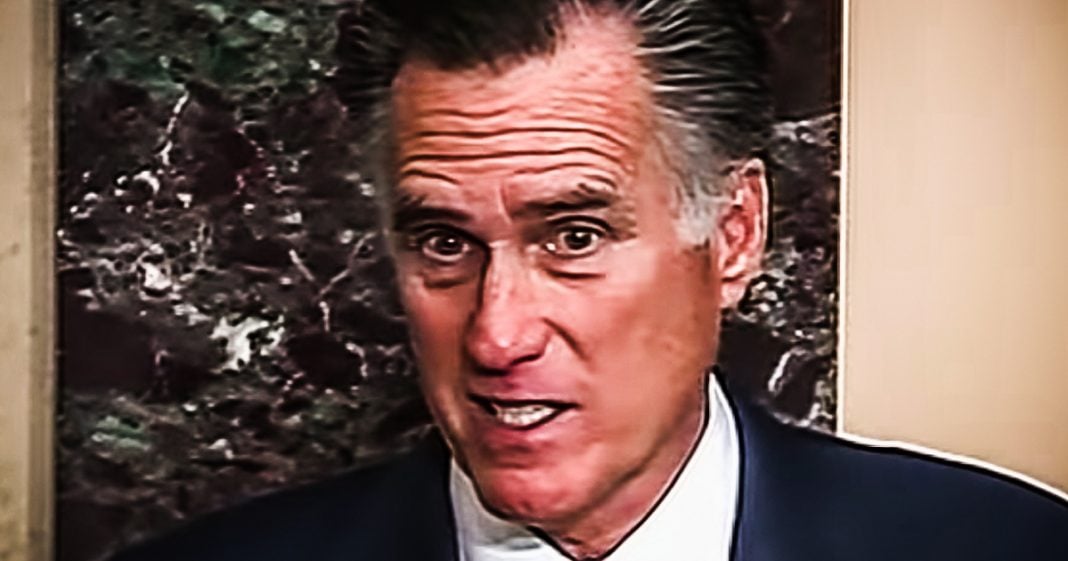 Republican Senator Mitt Romney’s cowardice has reached new levels after it was revealed that he was operating a fake Twitter account under the name Pierre Delecto. He has been using the account to defend himself from critics and also to attack Donald Trump’s policies. Romney has been given plenty of opportunities to stand up to the President, but he’d rather hide behind fake Twitter avatars than actually fight back. Ring of Fire’s Farron Cousins discusses this.