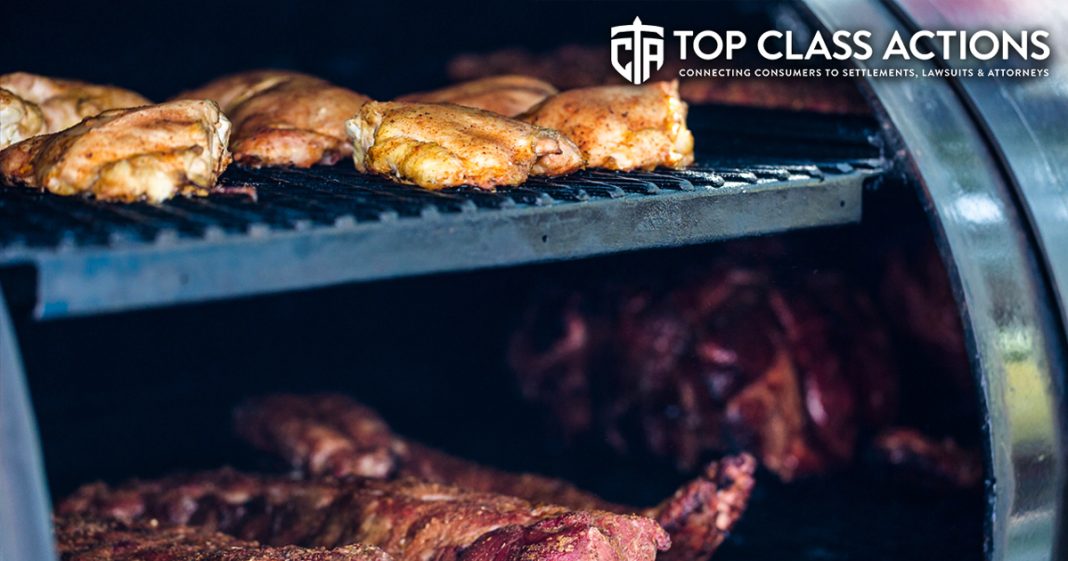 A class action lawsuit alleges that Traeger Pellet Grills LLC sells cheap wood pellets infused with oils, passing them off as more expensive woods prized in grilling. Plaintiff Michael Yates says he purchased Traeger wood pellets for grilling and discovered that the pellets were not actually made of the wood advertised. Yates says that he is an enthusiastic amateur griller who carefully selects the wood with which he grills. He states that the different woods provide his food with different flavors. According to Yates, he purchased both the Texas Beef Blend Pellets and the Mesquite BBQ Wood Pellets on multiple occasions. The Traeger Grill class action states that the advertisements expressed that the Mesquite BBQ pellets were composed of 100 percent mesquite wood and the Texas Beef Blend Pellets also contained real mesquite wood. Ring of Fire’s Farron Cousins discusses this with Scott Hardy, President of Top Class Actions.

Farron Cousins:                  The growing popularity of competition barbecuing here in the United States has really helped to spark home cooks to barbecue a little bit more. We’re learning about it from all these barbecue TV shows all over the place. Travel channel, food network, cooking channel. It’s everywhere and people are getting involved and naturally they want to get the best kind of wood for their smokers so that their barbecue tastes better than their neighbors. And as always happens to be the case, whenever something gets popular, you see companies rush in with their product that is often inferior and of course typically leads to a class action lawsuit like the one we’re discussing today.

Joining me now to explain what’s happening is Scott Hardy with Top Class Actions and Scott barbecuing super popular in the United States, getting much more popular every year and now we’ve got this company, the Traeger pellet grills selling these, these wood pellets that they allege, hey, these are really great. They’re going to give you the best flavor. Lawsuit says otherwise, doesn’t it?

Scott Hardy:                          Exactly. These are super popular. You’re seeing roadshows at Costco’s around the country where Traeger shows up with their grill. They go ahead and push this. I had a friend that was, saw them in Costco just last week and said, the salesman said, hey, these are real mesquite pellets. You’re able to go ahead and smoke your meat with real mesquite easy. That’s how they pushed these things is that it’s supposed to be, you know, smoking takes a lot of time and effort while these Traeger grills try to automate a lot of that and make it much easier. But unfortunately these mesquite pellets don’t have any mesquite in them. They might have alder wood or, or oak, but no mesquite.

And of course, if you’re smoking meat have, what would you choose has a huge impact in your flavorings. So instead of actually using mesquite, making them into wood pellets and selling them, they’re just taking that alder wood, that oak compressing them and adding mesquite oil to it. Some kind of artificial, not really flavor, but some kind of artificial ingredient to make you think that you’re getting the more expensive mesquite wood, when in fact you’re not.

Farron Cousins:                  And that does, as you pointed out, that dramatically changes the flavor of the meat. They can add all the oil they want into it, but that oil’s going to burn up a lot faster than that little wood pellet is going to smoke. So you may get, you know, a burst of mesquite or hickory or whatever the flavor is in particular on that one and then it’s going to go away and then you’re left with only the smoke from the inferior wood. You know, you typically don’t see people smoking their barbecue with inferior woods. They do want something good. They, they want to make it, you know, competition worthy. And so this, you know, this is very deceptive on behalf of this company here.

And I do, I really feel like it’s because this is becoming more of a, you know, embedded in US culture now. There’s so many different barbecue TV shows available at any given point of the day. People are into this now. It’s, you know, it’s a whole thing and, and home cooks, especially they, they want to taste what they see on the TV. They think they can recreate it and this company is kind of taking that away from them and it’s really not fair considering that there’s plenty of other alternatives available that are what they in fact say they are.

Scott Hardy:                          Exactly, there are wood pellets available out there that are actually mesquite, you know, but unfortunately Traeger’s not selling those. And so far this article has been shared more than a thousand times and we’ve received hundreds of comments on it. So people are very upset and angry at Traeger for allegedly doing this. And I think that’s what’s especially sad is that you have folks that are sitting there just like you said, they’re saying, hey, I want to be able to smoke some meat. I want to be able to have this amazing barbecue I see on TV. They buy that Traeger grill at Costco, they buy the pellets at Costco and then they find out later, oh yeah, this isn’t actually mesquite. Is it still good? I dunno, probably. But could it be better if you’re actually using that real mesquite? I’d say so, because that’s what all those barbecue aficionados out there say.

Farron Cousins:                  And it all comes down to the same thing you and I always talk about, these people are paying for something that they’re not in fact getting. That’s the problem. The company says that they are one thing, turns out it’s really not, and anytime that happens, always gonna run into a problem and typically a class action lawsuit. So Scott, thank you for telling us this story today and if anybody uses these pellets, uses these grills, please follow the description, follow the link, excuse me, in the description of this video. Head on over to Top Class Actions and don’t forget to sign up for their weekly newsletter. Scott Hardy, Top Class Actions. Always a pleasure talking to you.