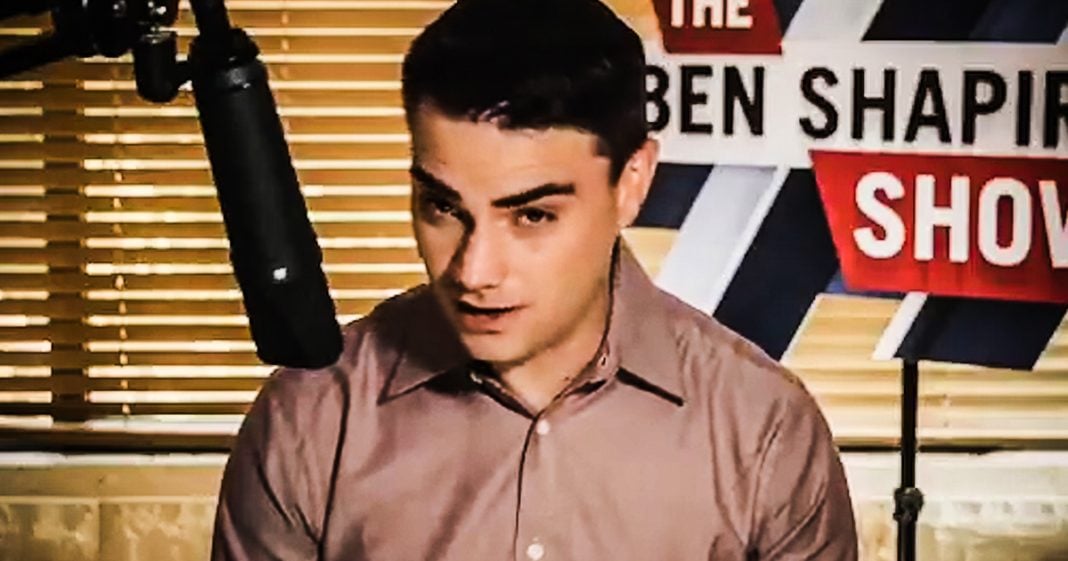 Conservative talker Ben Shapiro wasn’t happy that Kamala Harris said that there are no laws specifically written to target men’s bodies, and he tried to counter that EVERY law is meant to regulate men’s bodies. His argument is about as absurd as you can imagine, but this is the kind of drivel that passes for “intellect” on the right. Ring of Fire’s Farron Cousins discusses this.